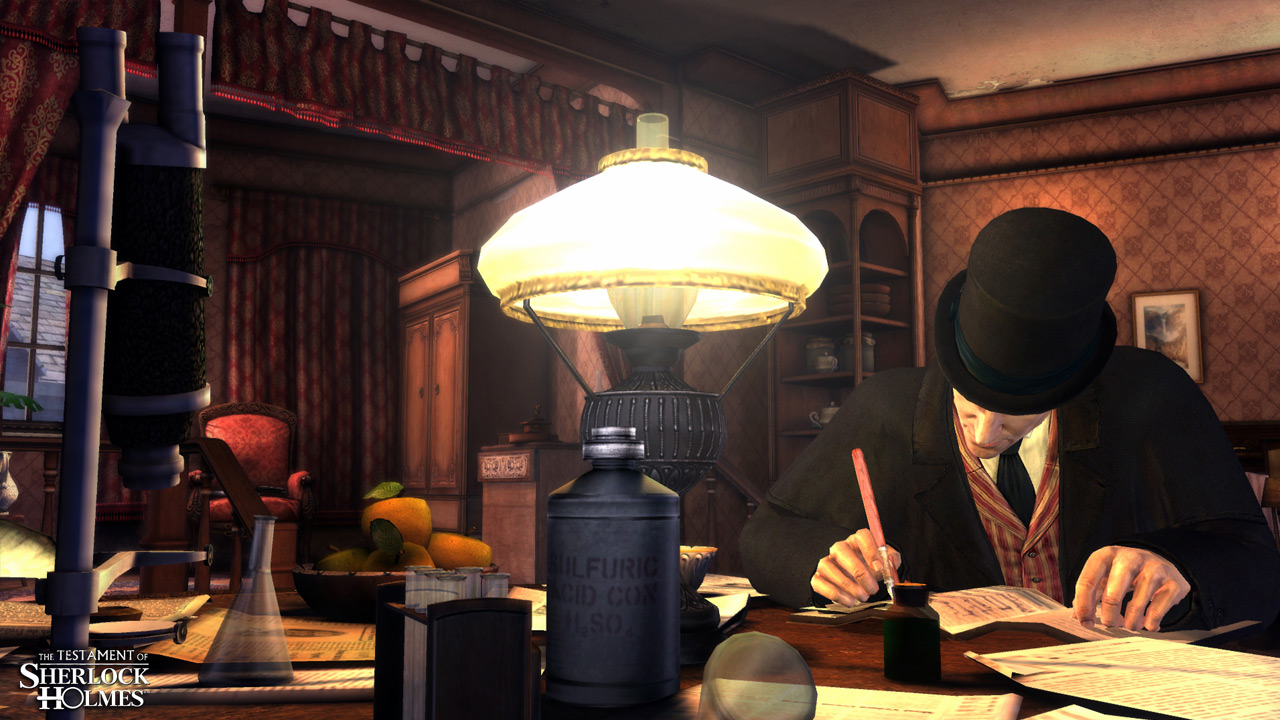 With the Sherlock Holmes name, developers Frogwares have crafted a series that has proven quite popular over the last few years. The Testament of Sherlock Holmes in their latest title, the seventh overall, and second on home consoles. I had the chance to review the first console outing a couple of years ago, which pitted our brilliant investigative mind up against one of histories most notorious criminals, Jack the Ripper, and while the game was far from perfect, it brought with it a great sense of atmosphere, challenging puzzles, and involving gameplay. The return to a more simple control system and linear narrative was something that PC gamers were all too familiar with already, but something that console games hadn’t really experienced, possibly due to developer fears that the younger and more demanding type of gamer wouldn’t connect with it. And while those concerns might even be merited, the original Sherlock Holmes title still provided a welcome break from the expected norm, and paved the way for more traditional point-and-click style adventures games to follow. 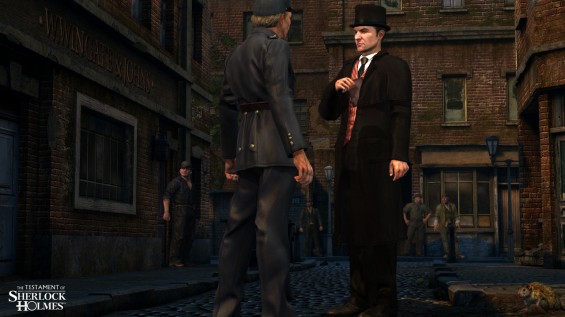 The Testament of Sherlock Holmes then is the latest outing in the genre, and set to offer the same immersive, investigative experience as its predecessor. In typical detective style then, as you can imagine there are many puzzles to solve, clues to find, and plot twists to unravel. Playing the game as either the famed detective, or his sidekick Watson, the backdrop of the story is to solve a conspiracy over stolen jewellery to which Mr. Holmes is accused of stealing, your ultimate goal to clear his name.

Perhaps in a response to concerns over the point-and-click style being a tad alienating for younger gamers, the developers have included the ability to play the game in different manners, and as such you can experience the adventure in either first person, third person, or point and click style, with the game playing out consistently despite the angle you take to view it. Personally, the first person view seemed a little easier to control for me, which is how I was used to playing the first game anyway, but it’s nice to have the chance to play otherwise.

The clues themselves can at times be quite challenging, and with no hints options, some players may be left scratching their heads a little too hard. But what fun would puzzle solving be if all the answers were handed to you on a plate? And part of the enjoyment of these kind of titles is figuring things out for yourself. Saying that, it is hard to go wrong, as you can’t advance through the game without solving all the puzzles, making the whole thing feel a little linear in an age when titles like Heavy Rain play out completely different based on the way you play it, and perhaps that is something Frogware might implement into their future Sherlock Holmes titles, as it’s certainly the prime candidate for such features. One of the games most interesting features is the clue deduction board, a place where all the clues, information and evidence collected are stored, and you have to try and put them together to solve the mystery. It’s a shame it wasn’t used more though, as it really does prove quite effective. On the whole, the clues prove challenging, enough to prove entirely suitable to the story unravelling behind them, and you’ll certainly feel the pressures of walking in the shoes of the world’s greatest mind. It’s refreshing that a developer has seen fit to allow you the freedom to work things out for yourself when so many things in today’s game world are force fed you, but with that said, I can see why many might struggle and grow frustrated with the seeming impossibility of certain puzzles. But hard work is the name of the genre really, and sticking with it will prove all the more rewarding, and as Holmes himself stated “…when you have eliminated the impossible, whatever remains, however improbable, must be the truth.” 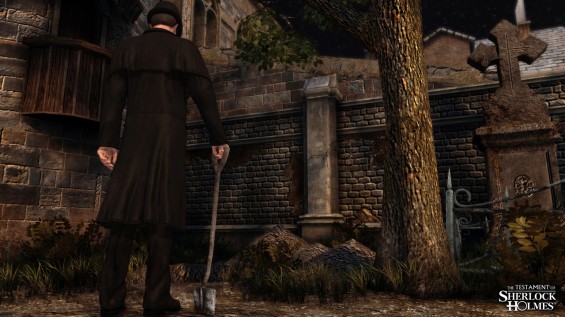 The story itself will draw you in and prove quite enthralling and interesting, appealing to fans of both the detective and adventure story genres, and is key to the whole experience. While it isn’t based on any pre-existing Sherlock Holmes novel, it does a great job of crafting a tale which fans of the old boy will relish. The opening cut scene doesn’t do much, if indeed anything in the way of reflecting what the game is really all about, or how it will play out, with bad animation coupled with dodgy visuals doing a disservice to the time and effort that went into recreating London of the era. It’s also subject to an almost “cutesy” theme too, which is nothing like the more adult nature of the story itself, and it’s more mature content found in moments within, so forgive the game it’s first impression and you will find a much darker tale lies ahead.

As you can imagine though, the port from PC does have its fair share of awkwardness. The controls are never really as smooth as they perhaps should be, proving a tad clunky in places, regardless of the view you adopt. Graphically the game could be better too, and although London looks quite impressive in places, with well rendered backgrounds and buildings, the character models are inconsistent, ranging from decidedly average to downright freaky. Lip syncing too is fairly bad, and coupled with good yet irritatingly pompous voice work, makes most NPC’s a chore to converse with. The voice work is good, don’t get me wrong, but I’m English and even this overly posh accent grated on me at times! 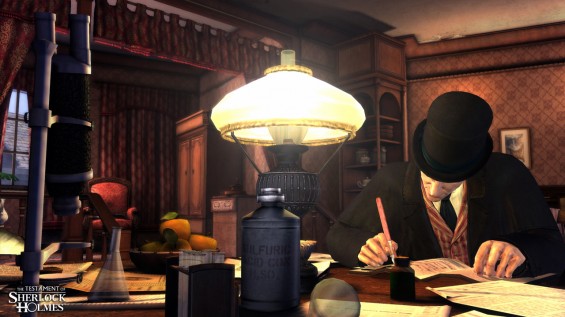 While The Testament of Sherlock Holmes appeals to fans of the investigative adventure genre, it’s a bit of a shame that it doesn’t do anything new with it. It’s content to take the characters and setting and just deliver on expectations, with no desire to really exceed them, and how you feel about this will largely determine how you feel about the game in general. If you favour fast paced excitement over a complex and slow burning adventure, then you may wish to spend your gaming hours elsewhere. But if you’re familiar with the genre, the settings, and obviously, the characters in a more traditional sense, and looking for a challenging, deep and involving detective adventure, then The Testament of Sherlock Holmes will prove elementary.