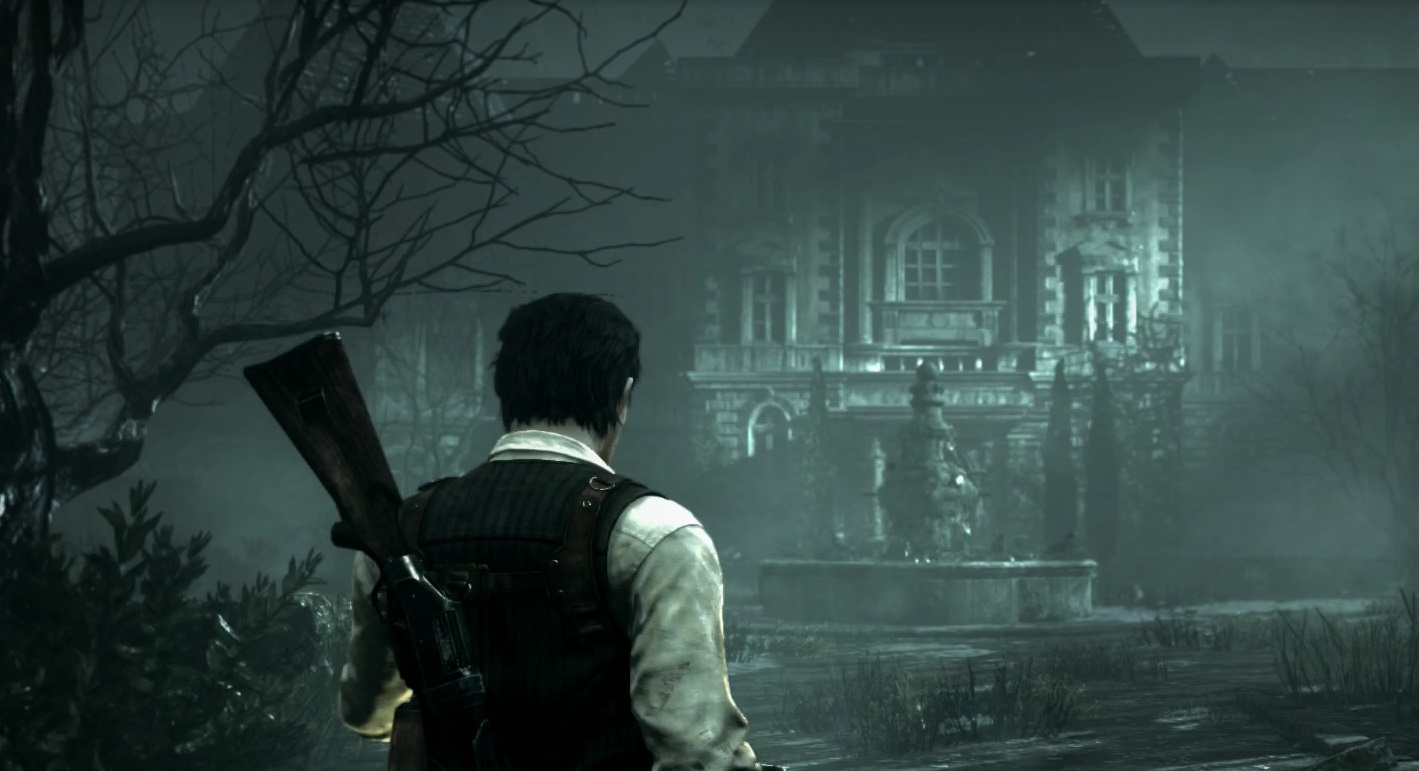 The Evil Within Review:

Today we’re taking a look at Tango Gameworks’ action horror offering ‘The Evil Within’ which has been created by survival horror legend Shinji Mikami who is well known for his involvement with the Resident Evil, Dino Crisis and Devil May Cry franchises. The Evil Within thrust players into an unnerving morphing world where survival is the objective and story somewhat secondary despite pulling all the parts together to form some sort of conclusion after the 15 hour campaign. To begin, players assume the role of washed up detective Sebastian Castellanos who after losing his only child in a house fire years earlier, and his wife’s disappearance amidst some strange conspiracy theory circumstances, fulfils his role as a mentally battered and gritty protagonist. There’s little detail about the character aside from notes players can pick up, but the reality is, the way the game is constructed, the character could be just about anyone without having an adverse effect on the game.

So we have a team of detectives investigating a mass murder in a mental hospital where as soon as the front door is opened, the psychological horror befitting of the location begins. We won’t delve into the twists and turns of the story here, but will focus on the way the game throws many different play styles at the player.

The opening moment has you limping to safety in what feels like an eternity in one of the most unusual prologue sequences ever. A bit of stealth play is also introduced before wrapping up neatly with an introduction to some melee or weapons combat and searching the environment for supplies. The opening chapters set the tone, but aren’t reflective of the entire game, so early on the open nature and obvious nod to Resident Evil 4’s village setting allows for a bit of open space to freely roam, but then the rest of the game ditches the same approach and provides something entirely different instead which in many ways keeps the gameplay fresh so players aren’t left knowing what’s coming up next.

The core gameplay revolves around management of resources through progression of linear locations which can be explored to some extent. As there is very little ammo to take on all aggressors, players have to pick their fights carefully and manage how they save their progress. It’s entirely possible to spend some time breaking up crates and barrels for items, looking high and low in every nook and cranny only to be killed and have to repeat the entire process making some sections quite unforgiving and highly tensile. That said, there are some welcome checkpoints and the option to save in specific safe rooms. There are no typewriters here, but at various points marked by chilling music the safe haven hospital ward complete with helpful nurse you’re warped to allows one to rest up and take stock before jumping right back into the madness. It here where players can upgrade Sebastian’s health, running duration, and item capacity as well as increase the potency of each of the weapons which include the usual suspects but also a handy aggro bow which uses various constructable bolt types such as explosive, flash, shock and harpoon. The assortment of overall weapons isn’t vast, but is well built for the many adversaries players come up against. Combat feels satisfying as weapons provide a real kick when performing head shots, but the game encourages conservation and tactical thinking to overcome many of its action scenes. There’s an abundance of traps littered across the levels which can be used against the enemy and thus a become useful when conserving valuable ammo. On the flip side, they can be dismantled and the parts used to create bow ammo. Sebastian can also set fire to the fallen with a limited supply of matches, which if used tactically can be turned into an effective offensive weapon as groups can be set alight with one well timed match. There’s certainly risk and reward elements throughout and it’s really the choices players make that determines how successful ones progression remains.

There’s a real mishmash of standard enemies, which can’t be described as zombies, but act in a similar fashion. Some wield guns for ranged attacks and others simply make a beeline towards you at pace if spotted. There’s also an assortment of weird and deformed boss characters to fight as well as menacing recurring encounters with the indestructible. The enemies and bosses in particular are quite the menagerie of menacing creations that deserve to be shot to pieces whilst crapping one’s pants in the process.

In terms of looks and performance, The Evil Within boasts some neat visual effects with impressive shadows and lighting throughout across varied and fairly detailed locations. Whilst texture look a bit low quality when looking up close, the dark nature and imagery overall are top quality and does a grand job of putting you right inside the horrors within making the finer details less significant to focus on. There’s excellent use of dramatic special effects to emphasise the warped nature of Sebastian’s crazed mind that’s not sure what’s going on at any time, and the use of some fluid camera work make many of the scenes feisty and gratifyingly tormenting. However, aside from the many action scenes and forced camera angles, when players have full control there are some issues. The biggest problem is with the character movement which although fairly responsive, is overly complicated when making fine adjustments. This is exasperated when picking up items which need the character to be in a specific spot before allowing to pick up. In closed environments the camera also adopts a close-up view making it difficult to see what’s around, and when death is only moments away at any time, can be frustrating. Sebastian and his foes animate fairly well but there’s a real lack of fluidity and clunkiness at times.

What’s perhaps the most notable visual effect which may or may not hamper one’s enjoyment are the forced borders which can’t be removed on the console versions. These take up a lot of the screen space and although providing a seemingly wider view, are quite restrictive especially when coupled with the close camera. It’s something players are forced to get used to, and after so many hours one can easily forget, however, playing the game in full screen does have its obvious benefits for those playing on PC using external software to enable it.

On PC, the game plays very smoothly using its locked 30 frames per second, although if anything, there are some texture loading issues at times which interestingly actually suit the game in some scenes.

Audio is of a high standard presenting a gripping and fantastical musical score, high end sound effects and some expected hammy dialogue and delivery which suits the game. The audio space is well filled and can’t be faulted really as long as players aren’t expecting a deep and meaningful dialogue exchanges between the characters. The Resident Evil style is well recreated here.

Gamers will find a lengthy campaign here weighing in around 15 hours or more which somehow feels like the perfect length. With the game changing pace and style so expertly, it’s a 15 hours that doesn’t feel unnecessarily drawn out and is one that is sad to come to an end. However, for purists, there’s the option to replay each level again at will, or to tackle some of the tougher more challenging settings on offer. Sadly, there are no additional modes or many unlockables to mess around with which is a bit of a shame, but one can’t complain at the overall length of the main game which is fairly replayable.

The Evil Within feels like a culmination of Mikami’s previous works wrapped up in a neat, elongated and more twisted sublime story that’s perhaps less memorable than Resident Evil, but then again, is brave enough to set its own standard and characters regardless of the obvious similarity. There’s touches of Silent Hill’s psychological terror thrown in to separate it from Resident Evil’s more grounded in reality horror, and works well as a series of escapades for Sebastian and the rest of the by-the-numbers cast. The presentation is highly effective and well used, the gameplay enjoyable and tight despite being quite unforgiving in many places where death becomes a learning process taught by trial and error. But this is easily forgiven when the gruesome spectacle of death is such a common theme throughout.

The Evil Within is a visceral, often brutal game for fans of survival horror and well worth checking out despite leaving players to contend with an imposed widescreen view and its borders, some clunky character movement and restrictive camera position. Once these hurdles are overlooked or to be savoured depending on your preference, there’s much to be enjoyed here as the the roller coaster ride never lets up. This is the love child of Resident Evil and Silent hill and comes as a familiar new IP that’s easy to play, but big on challenge. Mikami has crafted an engaging likeable experience here which with a bit of fine-tuning could easily sit comfortably with the best of the survival horror greats.