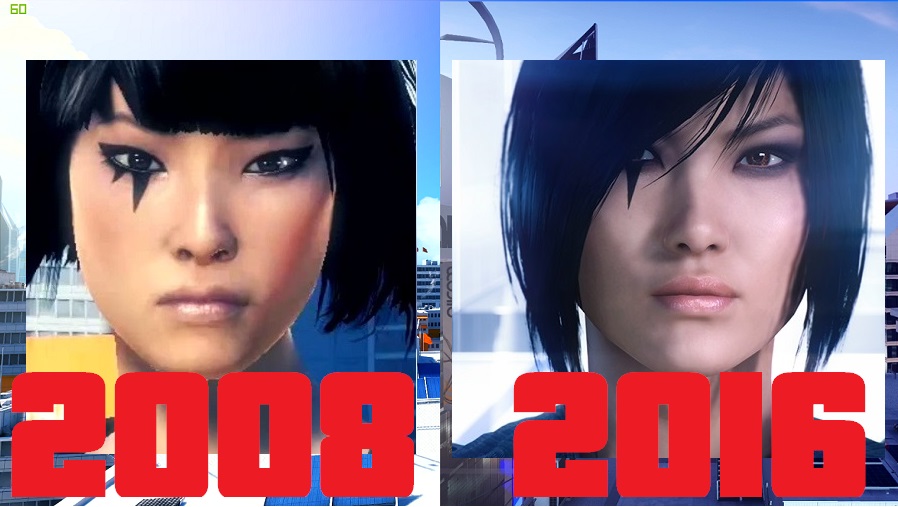 The Mirror’s Edge Catalyst Beta is in full swing showing off some impressive visuals and more open world gameplay. However, the graphics are a different matter entirely which when compared to their predecessor raise the question: which is more favourable? It’s likely preferences are purely subjective where the 2008 Mirror’s Edge game (running on the Unreal Engine) favours less focus on the inhabitants whereas Mirror’s Edge Catalyst (running on the Frostbite Engine) in 2016 opts to make players fully aware they are part of a living breathing city. As a result, there’s more detail up close but when looking beyond the near view there’s less clarity over greater distances. From the Beta (and it could be different in other areas of the city) the locales seem to be more boxed in to accommodate said detail. Either way, take a look at our Mirror’s Edge vs Mirror’s Edge Catalyst video which shows the two games in sequence. For both games we ran them at maximum settings 1080p 60 frames per second.

EDIT: – Added a version where both games are set at the same time of day.