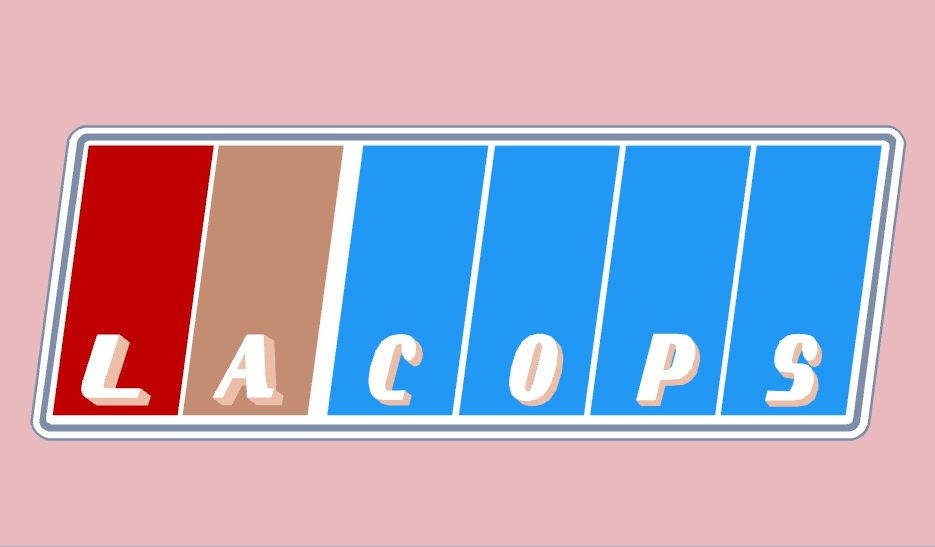 Today we’re taking a look at Team 17’s 70s inspired cop drama top down shooter LA Cops which is available on Xbox One as part of the ID@Xbox program, PC and will be available on the PS4.

To keep things brief, the game puts players into the shoes of police officers doing their job shooting up the bad guys in 8 levels which are placed within a vague and forgettable story. Between each of the 8 stages there’s a brief cutscene which can largely be ignored as they are not even remotely amusing unfortunately, unless you’ve got a warped sense of humour.

From the off, players have to choose a character from a selection of cop stereotypes where each start out with the same abilities and can be levelled up after successful completion of mission. It makes no real difference here as to who to select other than each cop is a different skin having his or her own voice when playing. This is a missed opportunity as giving them unique stats at the game’s start might have proved better for the sake of variety in the long term. As it stands, it’s a slog but not difficult to pump points into the speed, health, damage, clip size and starting weapons stats to give your characters a better chance of survival.

Once a pair of officers is selected then players are thrust into various themed stages where the bad guys are holed up with either hostages, drug stashes and such like. Your job is to enter the fray and either shoot them with no questions asked or cuff them like a goody two shoes. The latter requires a bit more patience to avoid being seen in the process.

The shooting mechanics work just fine and feature a handy lock on function which means perfect aiming if pressed quickly to cycle targets, although in some cases bullets will hit multiple bad guys if they happen to be lined up piling through a doorway for example. There’s a free aiming but it’s simply far easier, and effective to lock on first which also comes in handy when breaking through doors and getting the jump on anyone on the other side.

Another layer to the gameplay is the option to swap between your AI controlled partner on the fly and positioning them correctly then luring the enemies into your line of fire. In fact, this is the way the game wants you to play but unfortunately the AI character is useless and simply becomes a chore to chaperone constantly. It’s often far easier to just use the AI as a second life should your primary cop bite the bullet.

LA Cops isn’t without problems and suffers from several during play which include getting stuck on doors, enemies shooting through walls, and some jittery moments when up close and personal with enemies. Coupled with the aforementioned weak AI partner and you’ve got some moments of frustration. There’s also a bit of inconsistency with the enemy behaviour when in some instances you’ll be able to sneak and cuff em, and another they’ll swiftly do a 180 and shoot you in the face.

In terms of visuals, the game uses a cel shaded approach which works well giving off a vibrant set of colours. The top down viewpoint is also good although in some instances the angles can make it hard to judge the height of cover, although this can be rectified by panning the camera or zooming in and out. Sadly, the levels all feel the same bar some of the bonus stages which is a shame.

Players can sink a few hours playing the game on three levels of difficulty, and once the 8 standard missions are bested there’s the option to play through a number of similar bonus stages. For those who are inclined there are some leaderboards to think about but perhaps the game’s biggest omission is local or even online play which the game seems naturally designed for. This would have given the experience much more legs and is a huge missed opportunity.

LA Cops is perhaps quite a forgettable game unfortunately as its lacking in depth and overall ambition. It is fun for short periods but is plagued with gameplay inconsistencies and omissions which could have made the whole experience much better. As it stands, it’s hard to recommend this game aside from gaining some easy achievements or if you’ve got more money than sense. If the price is lowered, then sure there’s some value to be had here, but in its current form it’s just not worth it.