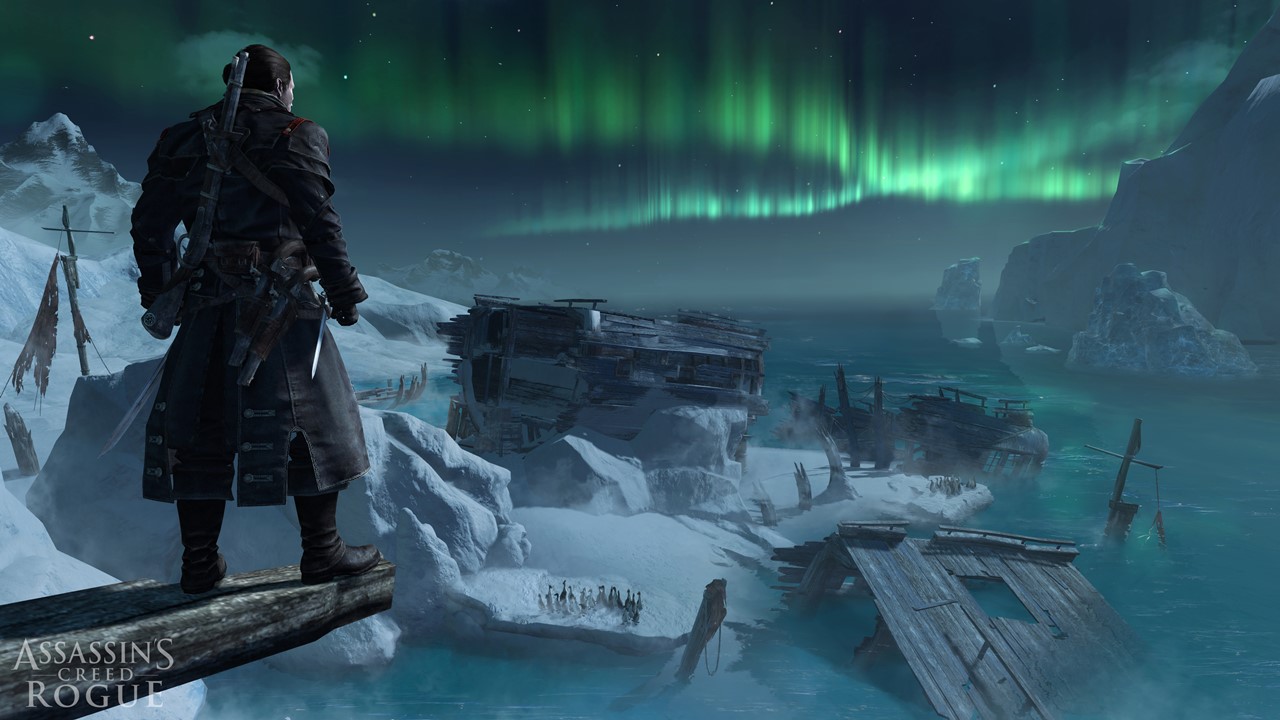 Many will have perhaps overlooked Assassin’s Creed Rogue on last gen systems (Xbox 360/PS3) due to the marketing and hype surrounding the “Next Gen” release of Assassin’s Creed Unity. However, Unity follows its own path with new protagonist Arno and isn’t a true sequel to last year’s Assassin’s Creed IV Black Flag whereas Rogue takes up the mantle. Without giving away any plot details other than you get to hunt assassins from the angle of the opposition for a change, there’s some neat gameplay mechanics which are sadly absent from Unity. It could be argued that Unity is very much a showcase title about graphics and crowd effects set within the dark and brooding atmosphere of Paris during the French Revolution. Yet the game is far removed from Black Flag and as a result loses a lot of its organic flavour and of course the optional ship based combat. Rogue on the other hand seems to be a culmination of great ideas from past games including elements from the now absent versus multiplayer. There’s touches of Connor’s snowy world with contrasting city and natural elements, the aforementioned refined naval warfare of Black Flag, and some ideas of its own most notably the presence of assassin’s out to kill lead character gone rogue Shay.

How this works task players with the job of liberating economic zones which are filled with regular patrolling guards and hidden assassin’s called stalkers who hide and pounce on unaware players. These are pretty neat mini-games which require a leader, cronies and their flag to be taken out in the process. Take a look at the video to see this in action and then ponder the thought that it’s highly possible Ubisoft deliberately withheld the release of Rogue on Xbox One and PS4 to drive last gen sales and that we’ll see an updated version appear on said consoles next year with the beefed up visuals of the PC release. It’s simply a better Assassin’s Creed game compared to Unity if you ignore the spectacle of those frame rate impacting crowds of Paris, love story and online co-op features. In a nutshell, Unity feels like a scene setting introduction to the Arno character, whereas Rogue is a refinement of the series best elements.