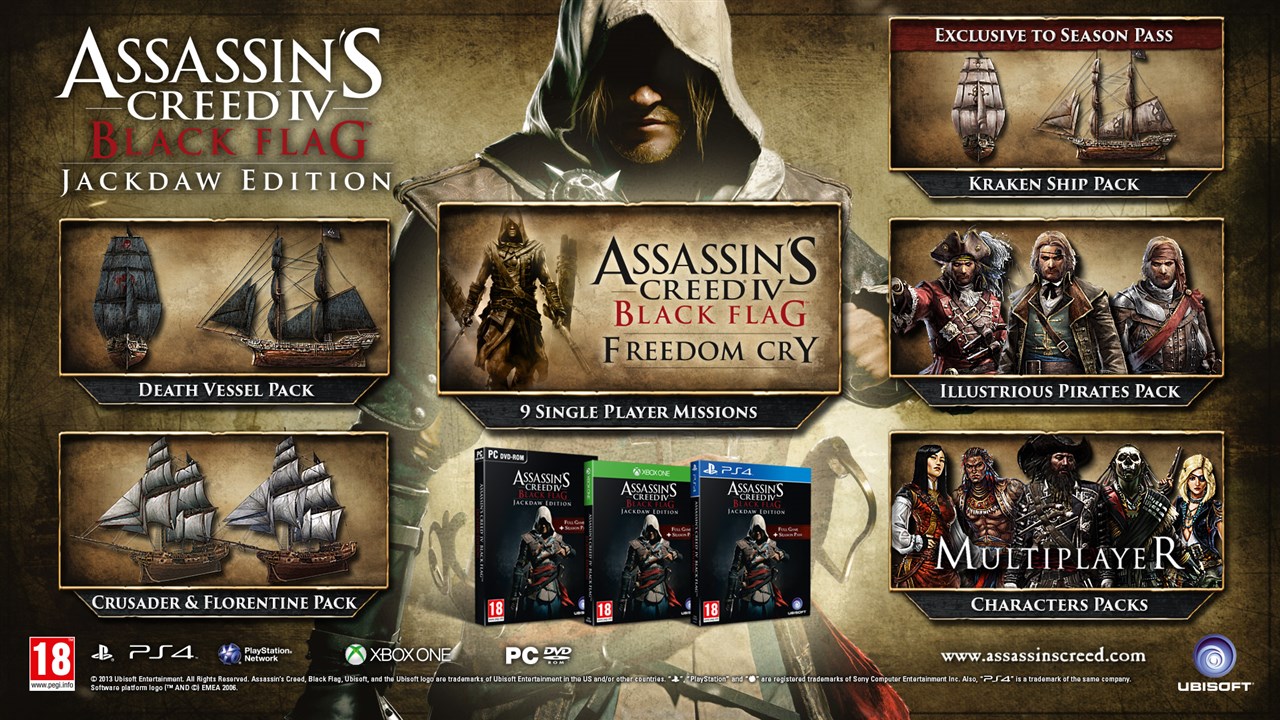 Ubisoft has just announced an Amazon exclusive package for Xbox One and PS4 with the arrival of the Assassin’s Creed IV Black Flag Jackdaw Edition which features the main game and a slew of downloadable content extras rolled into one neat package.  The game will become available from March 28th 2014 and will cost £59.99. 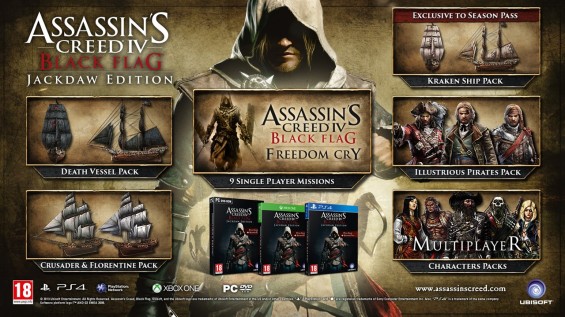 Death Vessel Pack – Show your enemies that you are ready to bring death upon them with the Death Vessel sails, figurehead and wheel.

Crusader & Florentine Pack – With these new cosmetic sets, sail with Altaïr or Ezio’s colors with 4 customization items for your ship and 2 new weapons for Edward.

Multiplayer #2 – Guild of Rogues – The Guild of Rogues Pack extends the multiplayer experience with three additional playable characters including the Stowaway, the Shaman and the Siren! This pack also comes with new customization options, and new moves!

Assassin’s Creed® IV Black FlagTM Freedom Cry – This nine mission self-contained story featuring Edward Kenway’s first mate Adewale. Born a slave, Adewale found freedom as a pirate aboard the Jackdaw where he became Edward Kenway’s second-in-command. 15 years later, Adewale has become a trained Assassin who finds himself shipwrecked in Saint-Domingue without weapons or crew, starting a new adventure of his own.