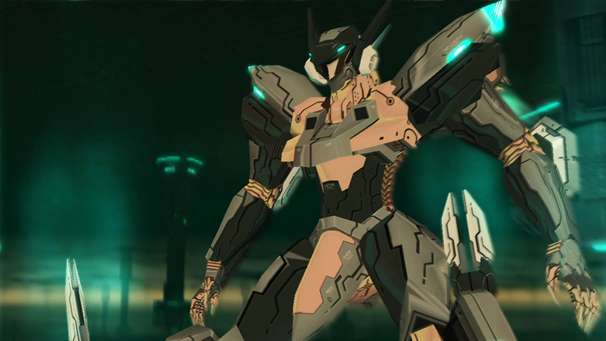 In what is fast becoming a staple of this HD gaming generation, in and of itself a curious ode to generations past, comes another revamped collection to hit the shelves. This time, Zone of Enders comes along to rekindle fond memories of Kojima’s OTHER series, and presents the first two games for anyone who missed out on them last gen. Originally released on PS2 back in 2001, the series gained both cult following and critical acclaim, with a third title being spoken about in excited whispers for almost a decade now. Quite possibly to capitalize on that very eager anticipation, and to tide fans over until a third title might arrive, comes this remastered release of the initial two outings, over ten years after their respective debuts. A lot has changed in ten years though, probably more so in our industry than any other, and the question remains as with all these HD revamps, is whether or not the core of the game still holds merit, because as we all know it takes more than slick HD visuals to make a game truly stand the test of time. 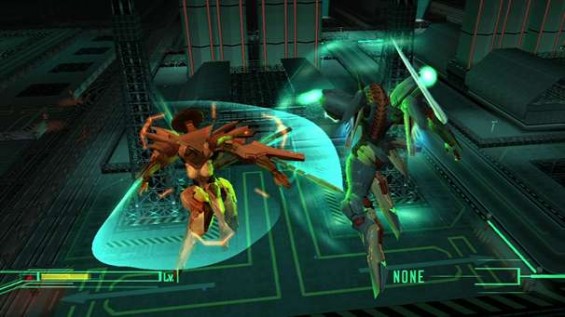 Well in all honesty, stick another name on the box and this game could have very well been released today, as the combat and movement mechanics are equally as smooth and fast paced as they were over ten years ago. Putting to shame many games that in fact HAVE been released today, it is a testament to the success of the series that it can still feel fresh and more than playable even a decade later, something you can’t say for many games from generations past, and even many from this one. But while the games succeed where their initial releases did, so too do they fail, and the collection has many of the same niggles that pestered us years ago. More about these later though, as the key element here is that the two games offer an interesting and highly unique combat method, which is as frustratingly underused in parts as it is incredibly fun and rewarding to implement in others, something which brings its core appeal kicking and screaming into a new decade, and the very thing which serves its re-released status best.

Playing like a cyber hack-n-slash/third person shooter hybrid, combat remains largely the same as it was back then. Enjoyable for a while, but always running the risk of repetition. Even today little has changed in the very same genre to compensate, and while the style is easily accessible to all, it can run frustratingly thin for others. These shallow frustrations are most evident in the first outing, which largely serves as a mere stepping stone for the much superior sequel. It may feel watered down and direction-less for some, but as with all these collections, you have to appreciate the game and the era in which it was made, and it does still have something to offer, if only due to its significance in the gaming landscape of the day. For two games over ten years old, they are more than playable today, and in typical Kojima style, gameplay is but one of the many assets in the whole package, and the story is as rich, deep and positively over the top as you might expect from an anime based tale. In keeping it brief, the game is set in the future, at a time where war is waged between giant mecha suits piloted by trained operatives and making for some awesome, high octane action the likes of which few games can imagine, presenting a world both ambitious in scale and stunning in realization, set off even more so by the aesthetics on display, which have never played a more important part than the one they do now, in a beautiful mix of frantic chaos amidst vibrant action, setting off the combat in all the more rewarding and impressive way. 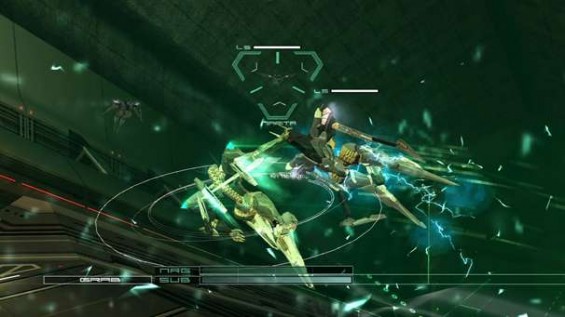 The upscale to HD treats the visuals of ZoE really well, so much so that they more than hold their own against today’s similar genre offerings, improving with the jump between titles, and drawing legitimate comparisons to Dynasty Warriors Gundam 3, Armoured Core 5, even Halo 3. The style suits the conversion perfectly, and helps add legitimacy for these re-releases even existing, as we can know see this universe in the way it was meant to be seen. Even in motion the game still delights, perhaps even more so as the dynamic and explosive combat in the skies above the bright neon city skylines certainly dazzles like never before.

The dialogue doesn’t hold up quite as well however, and is terribly cringe worthy at times. Given the fact is was cheesy 10 years ago, you can imagine how well it has aged now. No fine wine here, it’s all moldy Stilton I’m afraid. Frame rate issues still persist too, although much less than they did before, and lengthy loading times are a little out dated, a constant annoyance though even today in many games. But despite the niggles, playing through both games makes you realize that there’s been nothing quite like ZoE since it was released, a nod to the game’s cult status and continued following ever since, and that reason alone is worth the re-released status.

Fans who have never played either title before will enjoy the two offerings, and pick them up with relative ease. For those who have, it won’t take long at all before you’re back in the skies flexing your mecha muscles, almost to the point though when you can finish each outing in as little as 5-6 hours. And once the nostalgia has run its course, there is little to keep you hooked any longer. Sure, it’s understandable why these games are as accurate in stripped down form as they once were, but it would be great if in future the time was taken to add some sort of updated and relevant modern day mode, be it online or co-op to these collections, which would certainly run true to what they’re even trying to accomplish, ie: appealing to a new generation of gamers, the same generation who devotes hours to cooperative and competitive gaming with friends and peers each and every week. 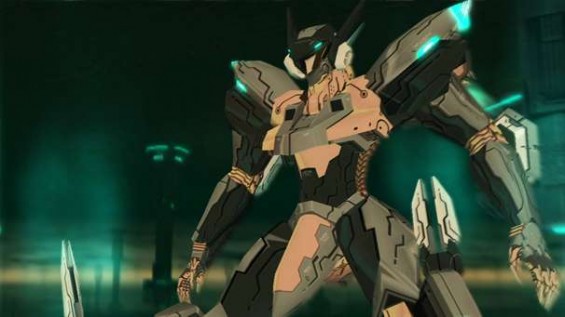 Although far from flawless, and with many niggles that were present ten years ago and have only worsened over time, ZoE will still delight those who experienced it before, as well as endearing itself to a whole new generation today. The problem with many ground breaking games is that the ones that follow after tread the same ground, so it can be hard to look back and truly appreciate those first steps taken. But for those with eager eyes, who want to immerse themselves in the fuss and check out a game that combines elements from all over the gaming and anime spectrums, few have proven as successful and appealing as ZoE. And with a Metal Gear Rising : Revengeance demo included as well, it rounds off a nice and complete package that’ll stir up the whispers all over again for that potential third outing which is still long sought after.