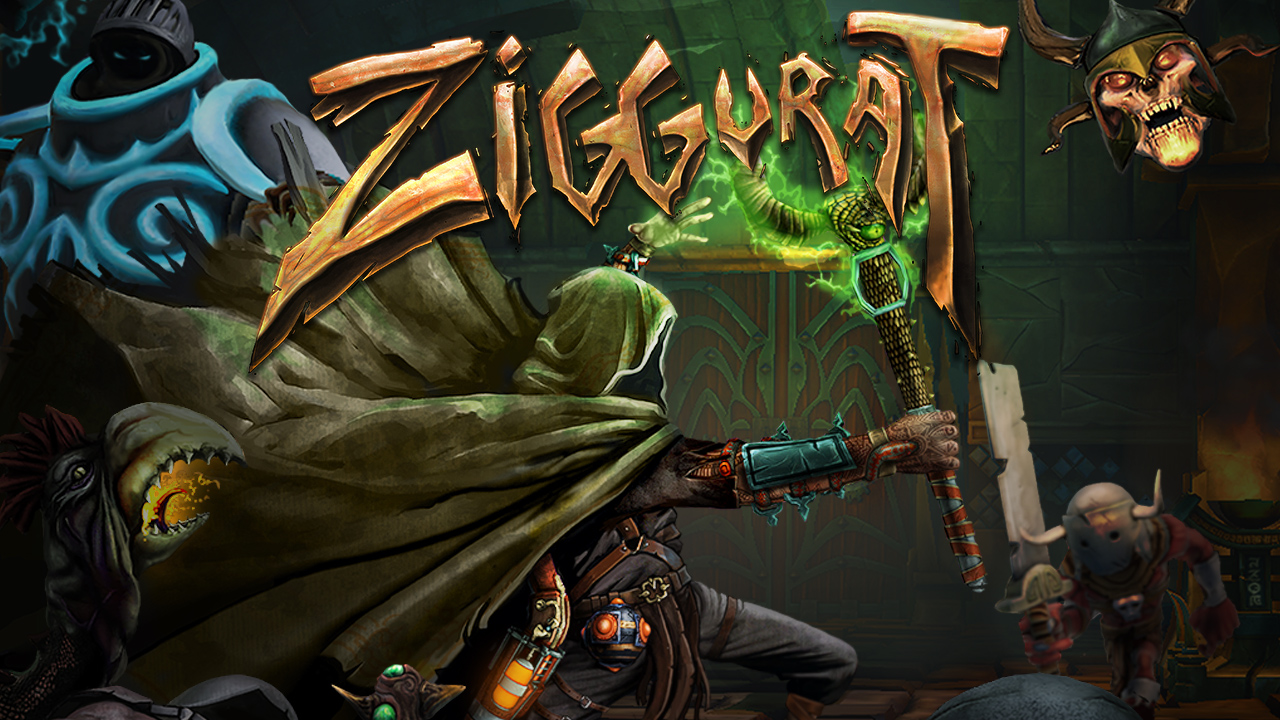 Milkstone Studios releases its first person shooter dungeon crawler to the masses in Ziggurat which is available now on Xbox One and PC. With a rogue-like flavour is this worth sinking the £11.99 asking price? Take a look at our Ziggurat review for the full picture.

Today we’re taking a look at Milkstone Studios first person rogue-lite adventure game Ziggurat which puts players deep inside a mysterious dungeon with the aim of survival so that they can prove their worth and become a respected neophyte sorcerer. The premise is rather simple, choose a character from a selection of rogues (more become unlocked as you progress, a level of difficulty then dive in.

The game offers first person shooting action set within randomly generated rooms which contain either groups of enemies or useful items or power ups. The enemies, or minions lock down each room and have to be defeated before being able to move on. There’s a variety of foes including comedic carrots, blobs and the typical skeletons and ghostly suits of armour to name but a few. Each enemy has their own attack pattern although often many will simply try to overwhelm but rushing towards you. Players need to strafe and shoot to survive with the odd hopping to evade area attacks. It’s a full on rush although at times enemies will spawn on top of you making encounters a little unfair. On each level players must hunt down a boss key which enables a specific battle with one of the many bosses the game throws at you. Defeating the boss enables progression to the next level and so on.

What’s different about the gameplay is the fact players have several weapons available which include a pistol, staff and magic spells which are governed by colour coded mana pools. Defeating the game’s minions often results in mana drops, health pick ups and experience items. When enough experience is gained the player can level up and then choose a skill making their character more proficient as you would expect. It’s very simple by design but works very well despite being quite basic and mindless.

Visually the game’s graphics take on a Gothic animated look which lacks massive detail but does the job of conveying tight interiors. It’s a shame there’s not as much variation with the levels, although some bonus trap rooms make welcome changes as players jump across pits of fire and such like to gain extra rewards. Sadly the game does suffer from dips in frame rate and an unhealthy dose of screen tearing which is annoying but can be ignored for the most part.

Audio seems fairly standard with a constant soundtrack rummaging in the background set against the numerous sound effects from the combat. It’s really a no nonsense offering here with no speech and limited amounts of text to read when looking at various collected items.

In terms of play time there’s enough content here to provide some hours of fun and with several difficulty options including an endless mode alongside the different skilled characters means there’s plenty to do. Although that said, the lack of variety in looks and gameplay might hamper extended periods of play. The rogue like element is decent and offers suitable challenge especially as there are plenty of unlockable elements to strive towards. There are also leaderboards to compare and contrast with the wider community if that’s your calling.

Ziggurat is a simple yet effective game which is perhaps let down by a lack of visual variety and refinement with its graphics as the technical problems detract from the overall experience. There’s lots to do here for completionists and for the price of entry you’ll likely get your monies worth if you can stomach the repetitive play. Shooter fans will no doubt get the most from the game and those who like a bit of adventure might find the concept neat but the execution lacking in any real depth. If you’re after a game which requires little thinking and can be played in short bursts then this is perhaps worth checking out, if something with more substance is required then this sadly won’t fulfil the need.