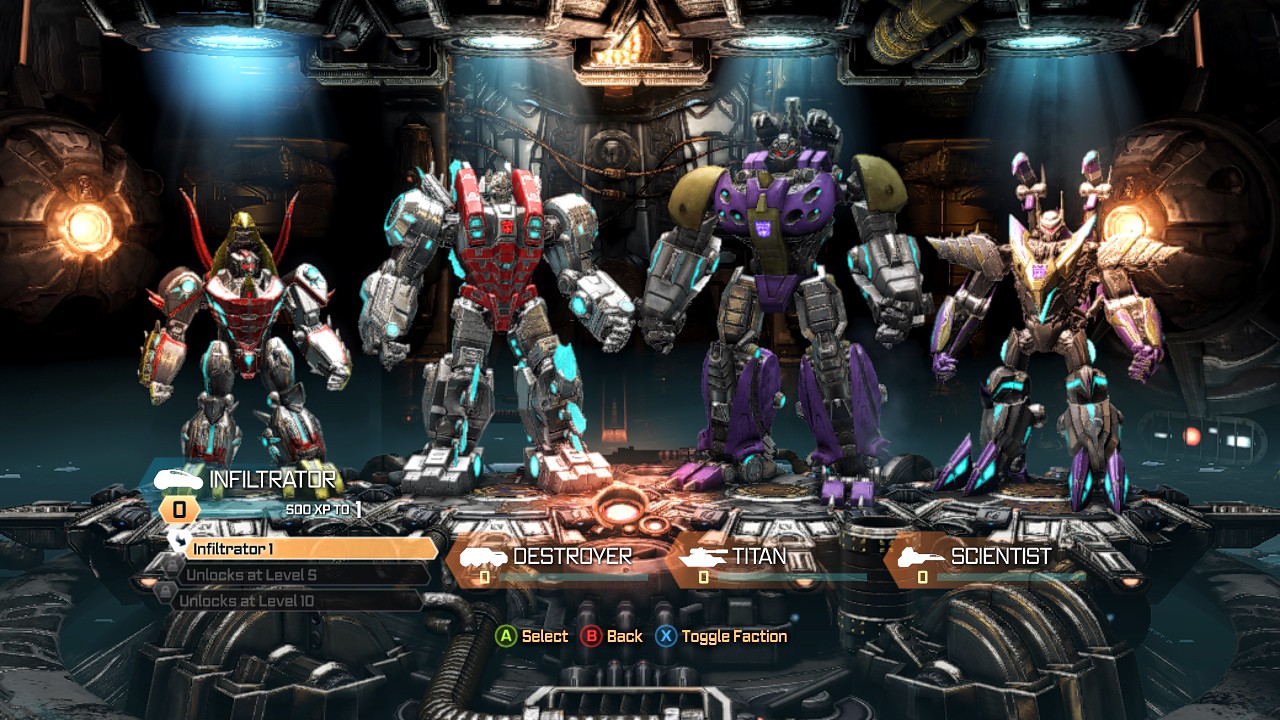 Fanboys rejoiced when War for Cybertron hit shelves in 2010, much to favorable reviews and critical acclaim, restoring the once great, yet recently tarnished reputation of everyone’s favorite robots in disguise. Throughout that title, great fan fuelled passion ran through every pore, it was a game for the fans, made by developers who were clearly fans themselves, and as history has proven, when beloved franchises are put in the right hands, the results can be outstanding. Of course, in the wrong hands they can be disastrous, and if any franchise can offer examples of both, it’s this one. And while many may wish that Michael Bay never picked up that script back in 2007, many are entirely grateful that High Moon entered the fray in 2010, showing how a franchise should be represented, and bringing the action right into the hands of the gamer’s themselves. So to say War for Cybertron took the franchise to new heights and would prove a tough act to follow, is an understatement. But 2 years later, High Moon are back with follow up “Fall of Cybertron” and fans are hopeful that they continue the great form they displayed with their predecessor. 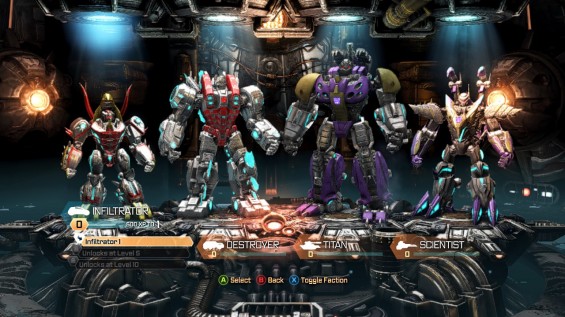 And in a nut shell, yes they do, the follow up taking the series in a slightly new direction, but one that ultimately works, and delivers another great game into those same fanboy hands. It takes what War for Cybertron did so well, improves on it, and stands tall in its own right. Picking up a couple of years after the last in terms of story line  Cybertron is now a ravaged, burnt-out shell of its former self, with the resource that fuels it rapidly increasing in its rarity. Amidst this doomed yet still incredibly impressive landscape, the Autobots and Decepticons are waging war, each trying to flee with the last remaining source of the fuel, Energon, in their own separate paths, to forge their own separate destinies.

In what appears much more character driven this time around, the story now specifically assigns you certain characters, unlike the original where you had the choice between several. It works better for the sake of story, and you’re never at a loss for awesome abilities with which to bring the robotic pain. As each character has more focus, and different, unique qualities, the levels are now built around them, which makes the design choice of limited character selection all the more meaningful, and you get more of a feel that the whole team is needed now to get through this epic war. While the approach may seem a little more linear as a result, what emerges now actually proves far more absorbing. 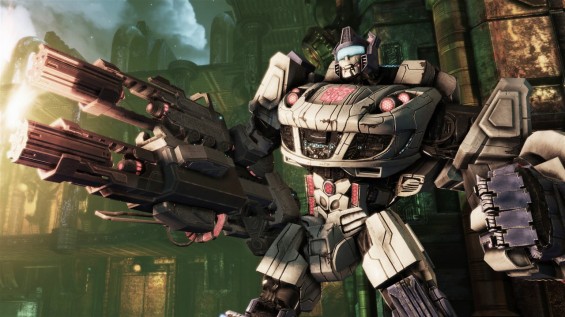 Fans of the first, and indeed, those of 3rd person shooters in general will feel right at home with Fall of Cybertron’s gameplay. It’s an impressive way of controlling these fantastic looking characters and immersing yourself in the many great, action packed set pieces that present themselves to you as you blast your way through the game’s campaign, which while not as long as the previous game, does provide all the great action and high-octane, explosive reckoning that the original delighted fans with. Sadly missing this time is the co-op mode that came with the original,  although from the campaign you can kind of see why. It seems High Noon were aware that the exclusion of co-op this time around was not going to sit well with many players, and so they’ve gone to added lengths to beef up what’s on offer, with the game’s online multiplayer making its return, as well as a fresh new mode called Escalation, pretty much your horde/survival mode that is becoming increasingly more commonplace nowadays.

In combination, they work well, and while they don’t break new ground, they do provide players with tried and tested game modes that keep them coming back, but with a unique twist that only this franchise could provide. With a vast array of customization options to tweak your robots in disguise to your own personal liking, the usual XP boosts powered by taking cybernetic names online, as well as brutal and unique weaponry  unlockable as you rise through the ranks, and you quickly realize that what the title lacks in cooperation, it more than makes up for with competitiveness. Still though, it’s a hard sell to give players something they love, and they take it right back off them, and a campaign co-op mode would have again been a nice touch, stripping the story of its previous rich replayability. But regardless, while it lasts, it’s a solid and entertaining adrenaline fueled ride! 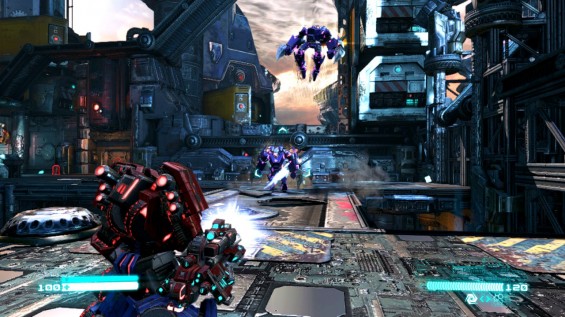 Visually, the game is stunning, far eclipsing Michael Bay’s movies with its on-screen realization of this epic franchise. Never have these characters looked so great, or moved so fluid. Cybertron itself, while ravaged and ruined, is still aesthetically superb and provides an incredible landscape on which this story plays out. There’s much more variety and imagination in actual level design this time around too, as often in the previous game you felt like you were traversing all too similar looking metallic corridors, all too often. This time around environments are much more fresh, appealing, and distinctive, heightening the action even more as a result. Animation is fast and fluid, with the important factor of actual transformation looking as great as can be expected. The crisp looking visuals are accompanied by a great score too, one which suits the hard hitting action, with big, bold booms and cybernetic ambiance, with weapons too providing quite the bang for your buck.

All in all, Transformers – Fall of Cybertron is all that fans of the original, and indeed the franchise itself could ask for. Sure, the co-op is missed somewhat, and the story, while great, doesn’t provide much re-playability, but while it lasts it’s an awesome experience nonetheless. Even standard online modes are delivered well and spiced up with the unique style and gameplay that the Transformers brand has to offer, and for the fans this is again another treat that shouldn’t be missed. For non-fans too, it’s still a solid shooter whose unique tweaks more than help it stand apart from the mass of generic blasters out there.