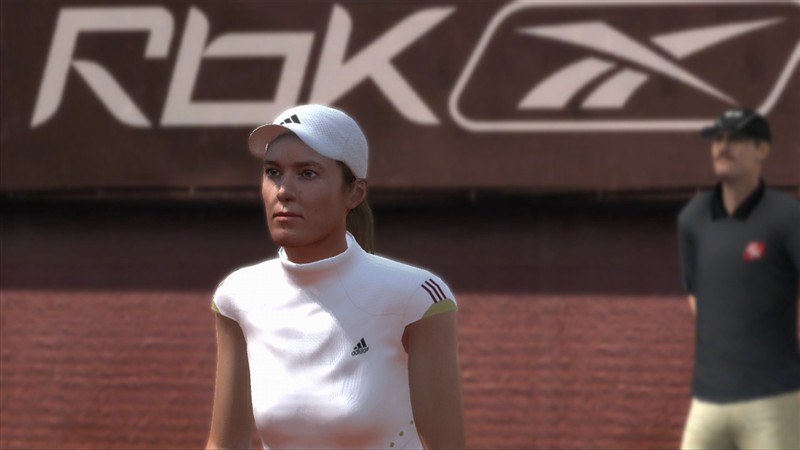 It’s tennis season and to welcome in the summer season of outdoor games, 2K Sports has released its latest tennis game in its Top Spin series. With two other Top Spin titles under their belts, the appropriately named Top Spin 3, offers another slice of tennis action where you can become a champion amongst champions. However, be warned as those of you expecting a repeat performance of Top Spin 2, might be in for a surprise.

As you would expect from a sports game, you are presented with several modes of play, once the game boots up. You have Exhibition mode, which allows you to choose a singles or doubles match, where up to four human players can battle it out or a lone player can go head to head versus the computer. There’s also a tournament mode where you can enter into 24 different tournaments held in various venues across the globe. Each tournament has varying numbers of rounds with the lesser events having three and the more high profile events having five grueling rounds to beat. What’s interesting is that you are able to then choose from mixed, men’s or women’s event, change the difficulty and games/set count; even being able to go the whole hog with a six game five set match. The final mode is the career mode, and something that is a bit of a standard feature with sports games. As what has become the norm these days, is you get to create a male or female tennis star and work your way from low ranks to the very top. Naturally your stats are poor at the beginning, but as you win matches or even just participate, you’ll gain experience, which you can then distribute points to various areas to improve your game.

Playing the actual game of tennis is a little bewildering at first and during the game’s career mode 2K Sports has made it such that you’ll get your ass handed to you from the moment you start playing. There’s an option to choose between easy and hard matches in a calender that spans the year, yet the word easy is perhaps misleading. Unfortunately for you, the opponents stats outweigh yours considerably, and if you’ve decided to ignore the tennis school (training mode) to learn how to play the game properly, you’ll be severely punished and perhaps tempted to either throw the pad out the window, or give up on the game entirely. It seems that on the default normal difficulty, opponents are just a little too hard for beginners. After hours of struggling, I decided to lower the difficulty, and found that I had a far more enjoyable experience whilst my stats improved.

When on the court, you’ll realize right away that the developers have somewhat tweaked the gameplay, because now you have a little more control over your shots, at the detriment of having a more accessible game. The way I look at it is it’s probably better than what we’ve been used to before, but lacks the pick up and play, that other tennis games provide. In Top Spin 3, timing and positioning is even more crucial to success. No longer can you merely tap a button when the ball is near and direct shots as you please. Here you have to position your playing properly to be able to get a decent amount of return control, and then, you have to hold and release the shot button to determine the power of the shot. As I mentioned, the timing is crucial and when you don’t quite “get” it, a lot of balls will whizz past you because you were little too late with your swing. I was missing plenty of balls for ages, until it “clicked” and I was able to appreciate how being able to swing with more power had its advantages. I think some players will take longer than others, to get to grips with the system, but I will conclude that for more advanced players, this method is certainly filled with more options than merely slicing, lobbing, or forehand returning the ball over the net.

As mentioned, your players stats do make a huge difference during matches and in the career mode where you have to work hard with your character, it will take quite some time to start seeing the fruits of your labour. After over 100 or so matches my character was able to claim to be a champion, despite the many numbers of errors I made during matches. The general pacing of the matches is fairly slow as well because there are lengthy loading screens and player animations after most shots, and if you are playing sets matches, you’ll be treated to animations where sides are changed. You can skip the animations but it still makes the general pace of the game sluggish, especially if you are keen to crack on with the next game or match. When winning, the same applies, as you’ll see the same congratulation animations over and over, these aren’t skippable either.

Top Spin 3 includes another set of features that go beyond the basic game, and these allow you to perform things like risk shots using the triggers. The risk shots can provide impressive winners, although the probability for making an error is increased. Another feature, is being able to Sprint back to the optimum position using the left bumper. This is useful if you need to gain a slight speed boost to make an important return shot. The final addition here is a heart rate meter which shows the stress levels of the players. I’m not overly sure what the significance is, but I assume that the player performance is affected when the pressure mounts. These additions can be ignored on the lower difficulties, although for advanced players in the tougher competitions, the additional moves can make all the difference from winning or losing.

Graphically Top Spin 3 looks decent enough, with plenty of recognizable faces from the world of Tennis. There’s even a tennis legends part of the career mode, where you can try and see how you fare against some of tennis’ great players. The likenesses are pretty decent, although not perfect. Some of the women’s characters, especially those not based on real players, look pretty spooky. Maybe this is to put you off your game?

Generally the game runs very smoothly, but as I said the rather long loading screens and animations do get tiresome after a while. The general presentation is of a high standard, and with plenty of options to customize your character, there’s something here for all tennis fans. A nice and perhaps unusual touch, is being able to see sweaty armpits and such like on the female players. It might be accurate, but it sure isn’t pretty. The same can be said for the rather lacking audience who look like they are at a funeral rather than an exciting tennis match. That said, you won’t be spending much time looking at the audience, even though the areas themselves look pretty decent.

The sound is perhaps the most lacking feature in the game, because Top Spin 3, lacks any kind of tennis atmosphere that you’d expect. Football games have really made great strides in terms of recreating the whole football atmosphere, yet it seems Top Spin 3 ignores this and opts for minimal audience participation. There are some whoops and cheers, but not what you’d expect from World Class tournaments where there are hundreds of spectators. Aside from the atmosphere and some fitting menu music, there’s really not much else to say about the sound, other than you can change the grunt frequency of your created characters.

One Hundred matches (with many more matches awaiting as well) took quite some time, and this does not include all the loading and such like. This also means that there’s plenty to do here, although playing match after match can get tiresome if you don’t take any breaks. I’d say there’s lots of replay value if you want to mess around with one of the preset characters or build male and female versions of your own champion in the making. As you would expect, Top Spin 3 includes online multiplayer, where you can test your skills against other players around the globe, although it is rather difficult to find opponents, depending on what time of day you play. In general there’s enough here to keep the most avid tennis fan well entertained (especially if you opt to up the difficulty to the maximum).

I’ve enjoyed playing Top Spin 3, but I fear that many first time players won’t get to grips with the non accessible control system. Only those who devote the adequate time to the training or play many matches to learn the nuances of the game are going to fully get the most out of the title. The lack of in game atmosphere is disappointing, and for me at least this is a big part of the tennis game and could have been incorporated with the stress level system. If you are a fan of tennis games, then other than offering a different method of play, there’s not really much on offer here that is any different to other games. I guess there’s only so much you can do with the basic game. I would recommend the game as a purchase for those willing to spend the time, anyone else looking for a quick fix, should perhaps rent first to see if it’s suitable for your tastes.