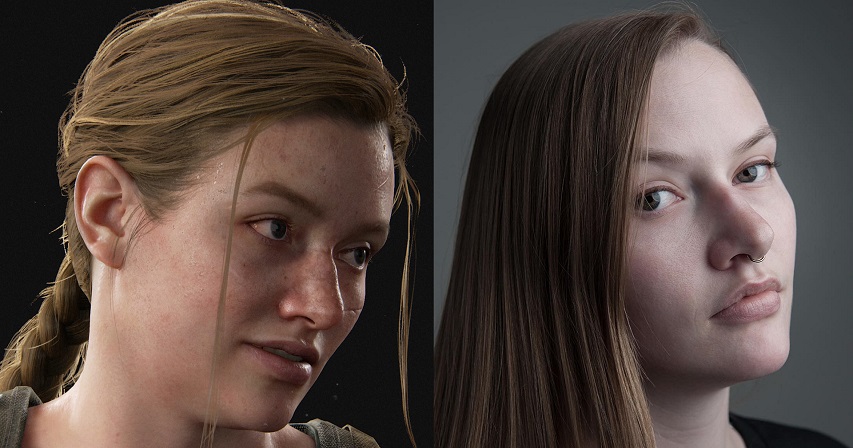 For those wondering who The Last Of Us Part 2 Abby model is based on in real life. Look no further as she is reveal to be Jocelyn Mettler VFX artist at renowned studio Beyond-FX.

Jocelyn Mettler is a Visual Effects Artist with a passion for animation skills applied to visual effects. She graduated from Ball State University with a BFA with emphasis in Animation and the intention to pursue a career as a character animator. In 2015 she joined Naughty Dog as a QA Analyst on Uncharted 4: A Thief’s End. During this project she took an interest in visual effects and began working with the VFX team as a Support Visual Effects Artist on Uncharted: The Lost Legacy. She recently stepped away from Naughty Dog and joined Beyond-FX.

According to reports the Abby body was modelled on female body-buider Colleen Fotsch who you can see her images on Instagram.

Her voice actress is Laura Bailey who played Cait Diaz in Gears 5 and Catherine in Catherine: Full Body amongst other gaming credits. See her full credits on IMDB here.

This second video is the same as the above but has Jocelyn Mettler’s image in the video for comparison of likeness.

This third video showcases more of the characters from the game including some of the unsavoury looking clickers.

Five years after their dangerous journey across the post-pandemic United States, Ellie and Joel have settled down in Jackson, Wyoming. Living amongst a thriving community of survivors has allowed them peace and stability, despite the constant threat of the infected and other, more desperate survivors.

When a violent event disrupts that peace, Ellie embarks on a relentless journey to carry out justice and find closure. As she hunts those responsible one by one, she is confronted with the devastating physical and emotional repercussions of her actions.

You can read or view our spoiler-free The Last of Us Part 2 review here.