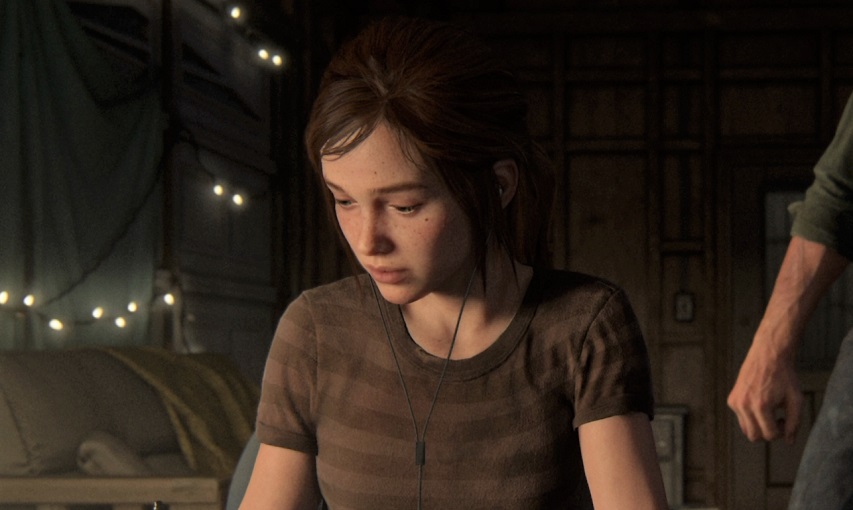 Naughty Dog released their eagerly anticipated action game The Last of Us Part II last week for the PS4. After a long-weekend playing we’ve finally beat the game on Hard difficulty for a first playthrough. Do we feel like playing it again and is it as good as we expected. Take a look at our non-plot spoiler The Last of Us Part II review for the full-picture.

Naughty Dog goes all-out with the follow-up to their 2013 post-apocalyptic action-stealth game The Last of Us. For those unfamiliar, the original game painted a bleak picture set within the United States following a fungal mutation infecting humans and turning them into ferocious killing machines. Players assumed the role of tough-as-nails smuggler character Joel Miller. He loses his young daughter at the hands of the militia during the outbreak and once the dust settles embarks on a journey across the states with Ellie, a young girl who seemingly is immune to the infection. It’s an interesting tale of bonding, parental love with a splattering of extreme violence. It’s also an excellent stealth-action game.

Fast forward to 2020 where The Last of Us Part II continues Ellie’s journey now that she’s older and more adept at survival. Right off-the-bat and perhaps in a similar vein to Rockstar’s Red Dead Redemption, the game offers plentiful character building moments. However, below the surface they aren’t as deep as they appear. Essentially there’s a lot of banter between characters with little reference to their deeper inner motives. It feels natural as far as entertainment is concerned but not much more. The actual underlying motives manifest themselves during play in the game’s present time. Ellie in particular errs on-the-side of one-dimensional killing machine with a terminator like determination throughout most of the 20+ hour adventure.

The story-beats hit you like a freight train at times though, with meandering plot-gymnastics via flashbacks. Whilst each scene is highly entertaining in its own right (sometimes for different reasons), the main story arc is somewhat discontinuous as a result. The back-and-forth moments feel distracting at times merely to serve as fill-in-the-blanks to reinforce meaning to current actions. Perhaps this is to accommodate those who didn’t play the original or padding to emphasise already strong-relationships between characters. It doesn’t always work in favour of the viewer though, especially for those wanting to push-forwards with the more involving gameplay sections. Some of the story doesn’t make sense either with character decisions that don’t fit the underlying narrative and seem rhetorical in nature to push a particular agenda. Again, no specifics here but these moments are plentiful and might leave you scratching your head in disbelief. The Last of Us Part II story is as fantastical as it is sublime and comfortably aligns itself with the Lara Croft school of alpha female empowerment in today’s popular-culture.

The story then will no doubt be divisive, but a caveat if we may; if you’re playing solely for the stealth-action gameplay then you will be unable to skip some slower-paced sections. Naughty Dog wants you to play-out certain scenes rather than passively watch them (or hit the skip button). That’s not entirely a bad-thing but not necessarily suitable for all players.

Story aside then, the gameplay presents several layers to test-your-mettle. On one hand the exploration survival element remains. It’s here where players search abandoned buildings for crafting parts, ammo, upgrades and notes giving more details about the former inhabitants. Players can spend as little or as much time off-the-beaten-track to find extras to aid their future endeavours. The freedom here is pretty impressive rewarding those who take their time or risk everything because of their curiosity. The game world isn’t quite fully open-world but offers enough side-dressing to feel like you’re delving deeper as an inquisitive mind.

On the other hand, there’s some competent stealth-action gameplay on offer which comes in two forms. Versus humans, and against the infected. Playing stealth is intense, exciting and edge-of-your-seat even, despite skills which make sneaking around easier for the player – highlighting enemies through walls and such like to mimic deeper “listening”. Players can grab unaware opposition and silently take them out of the picture. Moving bodies around isn’t part of the equation, neither is a non-lethal approach which means players need to adopt some tactical thinking to avoid raising alarms. The game favours a panther approach to stealth, although it is possible to ghost some sections – that’s sneaking past patrols undetected without killing anyone.

The stealth is the best part of the gameplay where players can move around levels crouched or prone. There are options to sneak in tall-grass for ambushes and generally mess with the rather vocal factions by tossing distractions and laying traps. There is also a touch of verticality, although it has-to-be-said the characters aren’t ninjas so don’t expect jumping on enemies from above and slitting throats in one swift movement. Overall, the stealth works very well, although the AI does leave little-to-be-desired at times. Often patrols will give up the hunt whilst you sit behind cover, turn their back on you allowing for easy take-downs. Worse still, enemies will spot the fallen, investigate and then suffer the same fate even when a pile of victims lies strewn on the ground in front of them. A flushing out mechanic would have solved this.

Stealth isn’t the only option on offer and sometimes you’ll have to whip out the guns. In fact, the game handles the transition into weapons combat very well which makes gun-play and melee attacking feel satisfyingly tense. Enemies react realistically when shot and there’s some really cool location-based damage. Sadly there are times when the enemy seems to be able to shoot through solid objects which is frustrating at best. That said, if you do bite-the-bullet, the checkpoint system feels rather unforgiving at times, often placing you right back where you fell, offering little chance to gather your bearings and adopt a new tactic. This becomes apparent during boss fights (remembering we started our first play on Hard-difficulty) so you try, and try again until you succeed. Some players might actually like this no-nonsense approach as you’re placed back in the action pretty quickly.

The Last of Us Part II’s presentation is top quality and looks fantastic throughout with realistic lighting and shadow effects. Using upscaled 4K and HDR shows off the wonderfully detailed environments and character models making this one of the best looking games on the PS4 or PS4 Pro. The attention to detail, the sheer number of props and diverse locations make this a joy to view. The game utilises some great effects and showcases excellent animations. The only negative here is an over-use of film grain which unfortunately can’t be disabled in the options outside of the Photo Mode. In terms of performance, the game doesn’t always feel like it maintains 30 frames per second at all times either but this is not too impacting on gameplay.

Audio offers a great soundtrack and top-quality voice overs as you would expect given Naughty Dog’s pedigree here. There is even a functional guitar you can jam with, playing specific chords which is a neat touch. Music is fantastic and aids in the edge-of-seat moments when playing stealthily or when the action heats up. Without a doubt the audio/visual production quality is of the highest calibre. It hard to find much fault even if some clipping issues occur at times.

As mentioned, the story takes around 20+ hours to complete if you’re thorough. There’s plenty of incentive to replay again finding collectibles and messing with the bespoke difficulty options. A new game+ option opens up upon completion as well which increases the difficulty further. Player unlock character models in the viewer and can view concept artwork. It’s certainly a game which begs a second playthrough. Interestingly, those who want to dive-in to the encounters or specific chapters can do so via level select options which is a nice feature.

The Last of Us Part II is an excellent game overall despite some niggles and shortcomings in places. If you take things at face-value and lose your invested allegiances, there’s a clever tale here of two perspectives coming together under the guise of murder, horror and revenge. Whilst the game feels steeped in realism especially with its audio visual elements, most of the actions rest on the side of the unbelievable. It’s a video game and therefore should be viewed without giving too much credence to over-thinking things. It’s supposed to be entertaining for the player and depending on your preferences you’ll find entertainment in overflowing buckets here. Those with a lesser tolerance for fluff might struggle through some sections though. That said, when the end credits roll, the journey over the last 20 hours remains a remarkable and enthralling ride to be cherished. It rests as one of the PS4’s great games before moving into next-gen territory and comes highly recommended.

Score 9/10 (Game NOT supplied by publisher and was purchased with own funds).