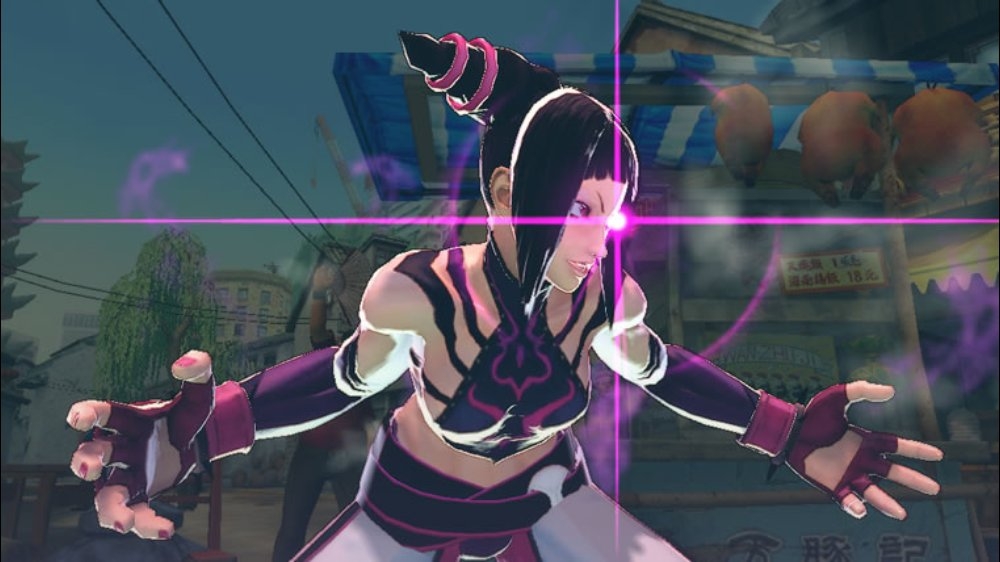 Not long after Capcom released a changed StreetFighter IV with the addition of Super StreetFighter IV, along comes another update in the form of a DLC package entitled “Arcade Edition”. The DLC will be available from the 7th June costing 1200 points. A retail version is planned for later on in the month which we’ll assume will include Super StreetFighter IV and the update rolled into one. What the arcade edition does is add some tweaks to the gameplay as well as including 4 new characters and some more community features but the question remains, is this worth the download or purchase? To make sense of the game beyond our own limited knowledge, we gathered some true fighting game aficionados to take a look and give their general views on the package. Rather than list them individually we’ve pieced together their general sentiment. So big thanks to Toge, Mesh, Packz and Stacy for their advice.

Arcade Edition is basically the same game as previous versions of SSF and if you’re of the untrained eye, you’ll probably not notice much difference at all bar the added characters and replay options. In a nutshell, it is fun, easy to pick up and play for casual players but has the depth for the hardcore fighting aficionados. It is StreetFighter, so really that’s a given and Capcom have done well to accommodate both camps. A handy trial mode for beginners is a welcome inclusion and of course the practice options a good way for experts to hone their skills studying frame data etc.

What has been noted is the balancing of the characters, which is something Capcom have done several times now. Things have been tweaked, but these elements won’t be noticed amongst the majority of casual players. More serious players have seen some remarkable changes where once solid tier lists, will undoubtedly be changed once more. SFIV has been a staple tournament game for the last 2 years and it’s likely this will continue despite the overpowered characters like newcomers Yun & Yang which will perhaps spark more debate in the community. It seems there’s always been some characters that are seemingly too powerful compared to others, but perhaps that’s just the name of the game?

Graphically Arcade Edition remains unchanged from SSFIV so expect the same quality that you’re used to, seeing as most will likely download the update then to expect more is perhaps wishful thinking. For those picking up the retail version as a first step into this modern day iteration of the fighting game series, will no doubt be pleased at the colorful and well animated 3D visuals which are very comparable to their 2D counterparts of old.

The audio remains largely unchanged with the same options as SSFIV, you have the option of being able to select the original soundtrack or the new arcade soundtrack which is a nice extra for fans.

Just like how the yo-yo came back in the 90s StreetFighter made its comeback as well. They had a formula with sf2 adding wacky characters which people were still playing and purchasing but as games have become more casual the barriers for skill have lowered which has added to the longevity of the franchise as it’s as easy to get into now than it ever was.

Everything is packed into the game from Arcade mode to vs. mode with a friend locally or in online Xbox Live battles in ranked matches. There’s also endless battle, team battle for up to 8 players and you can also participate in 4 vs. 4 elimination. Tournament mode can have up to 8 or 9 people where 1 can use it to host & VIP while the other 8 play and battle it out. There’s plenty of options which is why the game is so revered and has a strong online community.

The extra community features include an updated replay mode for the people that never got Super Street Fighter IV. You could save up to 150 replay matches from online games or you could download from other players from across the world and watch them over to learn from your mistakes. However in Arcade Edition Capcom added a new feature where if you type in the name of a certain well known player or gamertag you can instantly view his or her matches and store them to your playlist. you can also save up to 30 named players in the store box section. This addition has basically made it far easier to find replays of the main top players online which in some respects is a good thing, but in others not so, as some players might deliberately avoid sharing their data with others. Arcade Edition also adds new titles and icons so you’ve got even more options to make your profile unique.

Generally speaking, the sentiment seems to be that if you have already played the last game then Arcade Edition is perhaps not for you unless you are so desperate to play with the new characters and look at the extended replay options. There’s no doubt this version continues the fun and frolics but you can still get the same level of enjoyment without this update and save yourself 1200 in the process. It’s commendable that for the first time, players who buy the update can still play with those who do not, but what’s possibly a concern is will there be another update or new release in a year’s time from now that required buying the game all over again.

The consensus seems to be that Arcade Edition will be great value for newcomers into the fold who buy the retail version because they’ll simply get the most up to date package of the lot for the singular price it releases for. Anyone else should think carefully before downloading, and should ask themselves are the extras really worth the expense. Still, in its own right this is StreetFighter, which is a cracking game for casuals and at tournament level and will continue to be so for years to come.