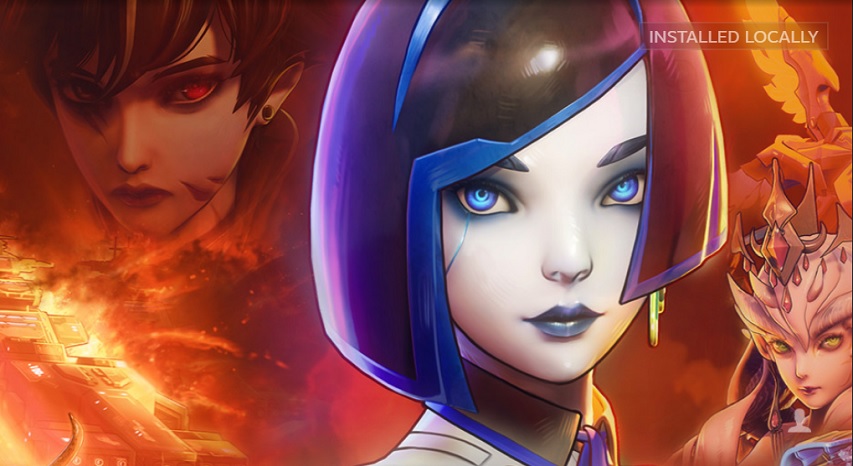 Here we take a look at Studio FOW’s adult-themed game Subverse which is available now via Steam Early Access. We backed this game some time ago on Kickstarter and it’s good to finally be able to play it. This is a very tongue-in-cheek game with a lot of dialogue, turn-based combat and space battles using a twin-stick shooter style. Then you can do the deed with your crew! We offer our impressions of the game as of now minus the adult content in our Subverse gameplay video. Although be warned, some of the language is rather colourful. We’re not sure this game will ever make it to consoles though. Perhaps in an alternate universe.

YOU CAN VIEW A NSFW VERSION OF THIS VIDEO HERE.

Discover the Prodigium Galaxy – filled to the brim with original lore and thick, meaty content. Explore dozens of star systems and hundreds of planets to find all sorts of missions, anomalies and other interesting stuff like bounty hunter squidgirls that relentlessly stalk you and your crew of waifus.

FIGHT IN SPACE OR PLANETSIDE

Throw down in either SHMUP-style space missions dripping with retro nostalgia or take the thinking man’s approach and duke it out on the ground with dynamic turn-based combat. Mastering both modes will lead to glorious booty so you can upgrade your ship and troops.

The Mary Celeste not only holds the record for fastest sub-light delivery of weed in the galaxy but she’s also your base of operations. Visit your various stations like Engineering, the Hangar and the Locker room to upgrade your forces, or relax in leisure spots like the Bar and your Quarters.

There are no good girls in Subverse. Well, not until you train them, anyway. These are the baddest babes in the galaxy complete with exceptional combat potential and drop-dead gorgeous looks. Earn their loyalty and get some other exceptional benefits in the process.

UNWIND AFTER A HARD DAY

-No Pay2Win, no Gacha, no Lootboxes and no daily logins. Get rewarded for winning, not for losing
-Spend your rewards on unlocking diverse scenes, including certain premium ones with the ability to control speed etc.
-An ensemble of waifus to join your crew, all fully voice-acted by an all-star cast of voiceover talent
-Powered by the latest Unreal Engine 4 tech, this is Studio FOW like you’ve never seen them before! Beautifully rendered babes and the trademark cinematic quality has been given the next-gen treatment
-Cutscenes and animated models drive the narrative forward
-Fight in space with high-octane SHMUP missions, or planetside with tactical turn based combat
-A pulsating 35+ track OST with chillstep, trap and synthwave tunes
-Upgrade your ship and waifu’s combat abilities