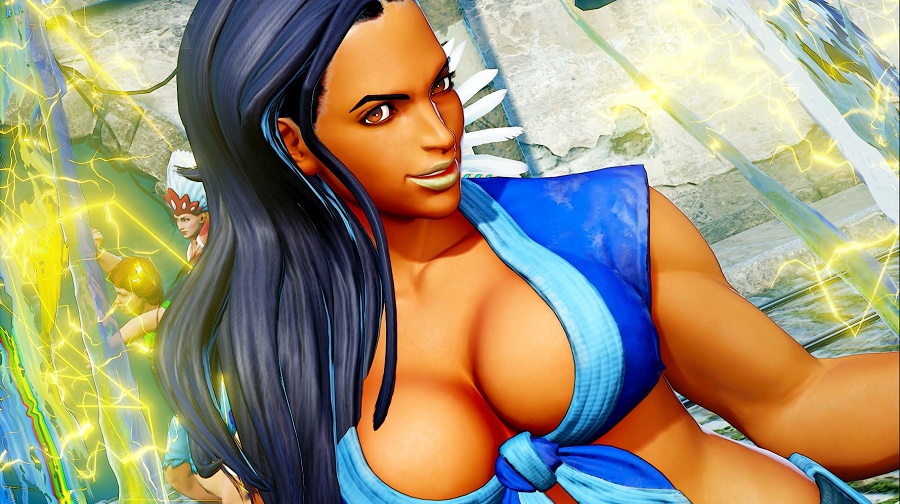 Capcom unleashes its latest Street Fighter game on PS4 and PC with a selection of characters, modes and stages to do battle. But rather than opt for a standalone game has upped the ante with a game open to updates so that in the future everyone has access to the same content whether you pay or play. It’s a sound move, but all things considered is Street Fighter V worth your time and money? Take a look at our Street Fighter V review for the full picture.

Today we’re taking a look at Capcom’s latest Street Fighter game with the aptly numbered Street Fighter V which released on PS4 and PC platforms. From the off let’s look at what’s included because this time Capcom are doing things slightly differently with their updates. Rather than release new versions of the same game the core game will be expanded over time with additional characters, costumes and modes.

The vanilla package contains a roster of 16 fighters which include newcomers Rashid, F.A.N.G, Laura and Necalli. The rest are familiar faces we’ve seen through the ages with standards Ken and Ryu for the men and Chun-Li and Cammy for the ladies making their presence felt once more. 16 is a healthy figure and as mentioned the roster will be updated over time so that other characters from the franchise make an appearance. Alex from Third Strike will be the first addition to join the 16. So you get the point.

In terms of modes, players can duke it out locally with the player versus player versus mode and of course what game would be complete without a comprehensive training mode to hone ones skills. New additions will be added alongside a Survival mode that has you battling through 10, 30, 50 or 100 rounds with just one life bar which if completed unlocks character costume colours for the competing fighter. Interestingly between each fight players are given the choice to gamble using a points system. Earned points can be spent on increasing defence, offence, or extra health among more gambling double down options which give the AI the advantage. Pull through and some big point rewards can be gained which help in the latter stages of the run as health replenishing costs the most. It’s a hard slog and the best single player mode on offer as there’s a lot of risk and reward alongside frustration at reaching the last fight only to be destroyed by the AI and having to start over – yep that’s right, no continues here.

A Story Mode will be added which looks at each character and puts some personality on the table via the way of static hand drawn scenes and chirpy dialogue. It’s an interesting mode for a one time play but sadly lacks any depth or replay value. It’s also a shame the in-game models weren’t used more outside of simply fighting the stages. That said, learning about the characters a bit more is welcome even if there’s not much to it.

Finally there will be an extra challenge mode similar to what we’ve seen before where players are tasked with performing specific moves, combos and fights under specific settings making for a plethora of challenge for lone players.

Aside from the single player options there’s plenty of scope to team up with the online community via the Capcom Fighters Network which allows players the chance to view replays and hunt down suitable online rivals across the globe. Coupled with a Casual and Ranked matches means there’s a massive competitive edge to the game as you would expect. Players can even create their own battle lounge and invite fellow players into their realms where there’s a few options to tinker with to suit your preferences – such as no character select for example – players choose a favourite and stick with that. What’s also neat and ambitious is the fact that the PS4 and PC versions are tied together for cross platform play which opens up the community further so now there’s no excuse to complain about lag when there are more localized players to choose from – in theory at least.

As for the all important fighting, Street Fighter V is an accessible game for newcomers with easy to pull off special moves and a general pick up and play formula that’s welcoming to all. Even if you don’t venture online to get beaten to a pulp by experts, the game remains fun to play against the AI although a lack of an Arcade Mode is a shame. There’s plenty of headroom for advanced players to flex their prowess and utilize tactics with the new V-Gauge and EX Gauge allowing for counters and charged up moves, again complimenting risk and reward play and the basics are well honed here from years of mastery. There’s little to complain about in this department which means it’s all looking and playing good with the 16 starting characters.

In terms of visuals, Street Fighter V is a colourful tour de force which not only looks great with its animated and flashy visual effects but running silky smooth at 60 frames per second to boot. You can’t fault the exaggerated art direction and character designs even if some of the texture detail and depth of field effects remove a bit of the clarity on the background details which to be fair are animated and lively as expected. On PC upping the resolution to 4K adds further detail which is impressive but even at 1080p the game plays smoothly and just oozes quality. It’s obvious from the designs of the characters that there’s a lot of love poured in although on the negative side we’re still seeing some clipping from time to time which tarnishes the polished looks a little. Audio is as standard here with a thumping regional sound track to suit the 10 stages on offer. Character voices are as expected although there’s an option to swap the English dub to Japanese of that’s your calling.

For long term play how long is a piece of string? As with all fighting games it can take years to master all characters or even just a few and so there’s ample option to practice and get better against a never ending supply of online opponents. Offline players might feel there’s not so much to do in the way of modes but, there’s stuff to unlock via way of earning Fight Money which can be used to purchase additional characters and content from the Shop when it’s opened and filled with stuff to buy. This means there’s always something to work towards and an incentive to keep playing and earning more.

Street Fighter V has been long awaited and with Capcom changing the parameters to make for a more dissected single offering with room for expansion means once in, the fighting world is at your feet at no extra cost and as long as you’re persistent and keep playing that is. Whilst there’s perhaps seemingly less content for lone players, local versus is still a major pull if you’ve got like-minded friends; and if that’s not feasible then there’s plenty of online options to mess around with – even if that means creating your own groups of similar skill levels to fight. As a game, it’s a well thought out offering with a healthy roster of characters to choose from making this a worthwhile investment for the next few years. If you’re a fighting game aficionado or tentative dabbler you can’t go wrong with Street Fight V as comes well recommended as there’s not so many new games on offer in the fighting game genre.