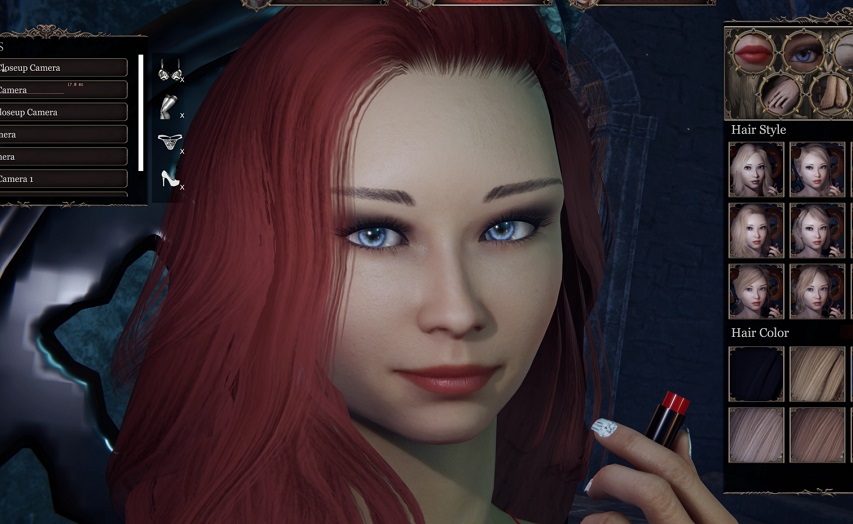 L2 Games released a test build yesterday of their adult-themed action game She Will Punish Them on Steam. We followed them exactly two years ago in April 2020 when they released a very bare-bones product (see second video below). Since then, they have tirelessly added a ton of content and improved the game ten-fold. What we find amazing is for £12.49 (which is exceptionally cheap for the content offered), you have a pure fan-service game and a fairly competent hack and slash game. The customization is easy to use allowing players the chance to personalize their characters how they see fit. We think She Will Punish Them puts many other games in the genre to shame, all-things-considered. Anyhow, take a look at our three videos. The first is a SFW version on Youtube, the second showcases how the game looked 2 years ago, and the link below that points to an adult preview showcasing more of the lovely outfits they have made.

ABOUT SHE WILL PUNISH THEM:
A sensual dark fantasy ARPG. Customize a stunning succubus with great body details, together with your companions fight intense combats with challenging bosses to get sexy outfits and powerful equipment, and between battles, chill and interact with your fellow maidens at the palace designed by you.

The detailed character creation includes dozens of facial sliders such as eyes size, nose depth, mouth size, lips, jaw size, etc. And many options for the body, such as breast size, breast diameter, butt size, waist width, muscle size, skin complexion, and many more! The HD skin rendering allows you to see the finest detail of her body, even moles and veins. Finally, makeup options such as lipsticks, eyeliners, eyeshadows, blush, nail/toenail colors. All of these can help you to create the succubus of your dreams!

The combat can be challenging. Different kinds of enemies have their own attacking style, so you will have to learn what tactics will work best to get rid of those monsters. You can choose to fight with various weapons, such as swords, maces, twohanded weapons, bows, in combination with magical skills such as casting a fireball or freezing spell. You can also implement techniques such as dodging, parrying, and sprint attacks.

Fight through many dark fantasy levels and kill the bosses to claim dominance of the world. You can also fight random skirmish battles to gain extra gold and experience before taking on the enemy stronghold.

The challenging combat gives you handsome rewards, including powerful weapons, shields, demonic but gorgeous armors, helmets, leggings, boots, etc., to greatly boost your combat efficiency. These items may get random stats attached, for example, additional fire damage to a sword.

Unlock sexy lingerie and outfits to beautify your succubi

Collect crystals from combat and purchase all kinds of sexy lingerie, such as panties, stockings, and corsets, to dress up your beautiful succubus.

Rescue and equip your companion maidens

Complete the rescue mission and acquire new companions to fight with you. Gear them up and improve their skill sets to whatever you see fit. Companions will be living with you in the palace, and you can see them bathing, chilling on the couch, or lying on the bed.

You can purchase furniture and place it anywhere you want. There is much furniture available for you to design your palace, such as beds, couches, bathtubs, decorations, torture devices, etc.

Intimating poses and interactions at your palace

You succubi can interact with many furniture at home, displaying a set of poses/animations and camera options for you to enjoy her grace. You can change her clothes freely during any interaction.
And you will have many possibilities for beautiful screenshots through the free pose mode in which you can pose your succubus in any pose wherever you want.

Our Vision And The Unique Point Of The Game:

The game is a fresh mix of adult game genre and deeper gameplay mechanics, in our case, the combination of Diablo-like hack & slash with beautiful female warriors and sexuality.

Unlike many other adult titles, this game doesn’t focus on pornographic visuals. We are using carefully placed lighting, designed poses, camera angle, and clothes to display the state of the art of the female body. And the attention to the finest skin details such as vines, pores, muscle density, and wetness all contribute to the light touch of the sensuality of the character.

And above that, the essential Diablo-like combat and loot mechanics will keep the player in the loop and fight more to acquire better armors and weapons.

We also provided players much space to express their own taste of beauty, by implementing a powerful, all-around beautiful character customization system, a home designing system, and the upcoming character sharing and home-sharing systems. Players will be able to create their very own character, home, and art and then share them with other players.