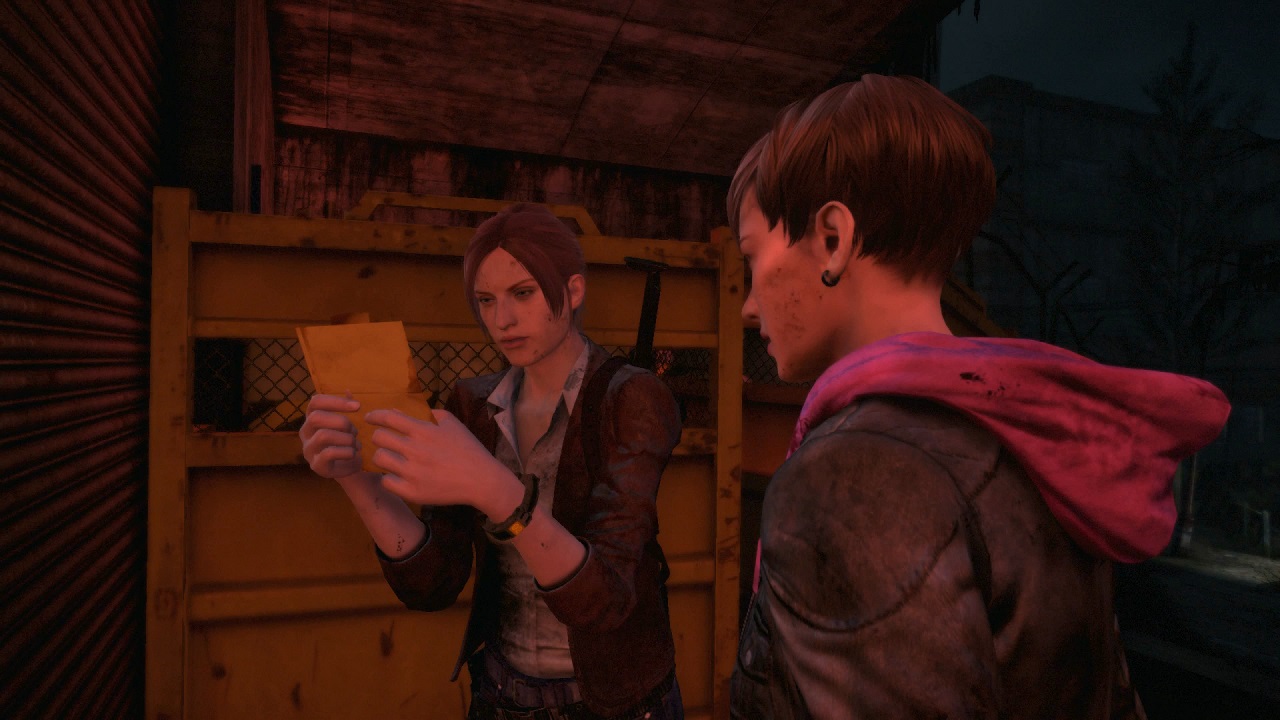 With the final instalment coming later this week, we dive in to the penultimate episode which sees Claire and Barry fighting for survival once more in Capcom’s episodic survival action game. Take a look at our Resident Evil Revelations 2 Episode 3 review for the full low-down.

The penultimate episode of Capcom’s survival action game Resident Evil Revelations 2 is upon us where straggling survivors – or victims – Claire Redfield and her sidekick Moira Burton choose the path of discovery whilst Barry Burton and his befriended youngster Natalia search for answers. The two campaigns work in tandem with Claire’s setting the stage before Barry makes his move after the events. It’s a clever way of piecing the stories together but also means the same locations can be reused which might be a considered a little cheap. That said, both campaigns feature some unique locations and in this instance it’s much more profound.

Claire’s campaign has opted for a more action approach with some mild puzzle elements where players have to figure out progression in a lateral way. This is fused with not so many enemies but culminates in a big battle which we won’t provide the specifics here. Players still have to switch between the melee attacking Moira and her blinding flashlight to daze opponents and the well tooled up Claire with her assortment of guns to the point where there’s no room to carry any more without swapping one out of the inventory. Choices choices. The on the fly switching mechanic works wonders as the two share items with each other and generally watch each others backs although there is some concern over the aggressiveness of the AI character which by and large doesn’t fend for itself as well as it could do. By now, players will have amassed a number of skill points to upgrade the characters which helps in a more subtle way and makes progression a little bit easier for those who have maxed out each one.

Barry’s campaign is more stealth based and subdued but still manages to instil some action moments making it a lot more appealing to the point where the entire game could have been based on Barry and Natalia as the two seem like a match made in heaven gameplay wise. There’s some interesting dialogue between the two filling in some back-story, and there’s even an f bomb in front of the clearly under-age sidekick which is realistically indignant given the circumstances. Sadly, Barry’s campaign degenerates into one massive puzzle which might leave some scratching their heads, but it does make for a neat change of pace especially when fused with some snappy action sequences.

Putting the two campaigns together and you’ve got around two and a half hours of gameplay this time, although as before you’re encouraged to replay again and try out some of the other unlocked modes. Sadly, there’s some performance issues in places during the Claire campaign which can cause the framerate to dip but these are just about forgiveable. Raid mode sees an additional character added once the two campaigns are complete adding some more legs to the already impressive bonus mode. So for the asking price it’s reasonable value overall especially if you’ve been hooked on the first two offerings.

Resident Evil Revelations 2 episode 3 is a worthy addition to the series which plays neatly on its strengths with the interchanging of characters and perspectives, odd puzzle solving and a few frustratingly cheap deaths. Whilst there’s little mystery remaining in terms of the story, the stage has been set for a neat and final chapter. In all, episode 3 comes recommended, although doesn’t offer anything new if you didn’t gel with the previous outings.