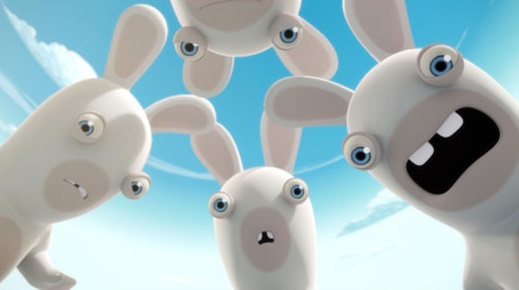 Ubisoft has announced today a partnership with Sony Pictures Entertainment to develop a full-length movie based on the Rabbids characters who are well known in video games and a TV series which was aired on Nickledon and currently runs on the Canadian based YTV. The project will be overseen in house by Ubisoft Motion Pictures and the group will actively participate in the film’s production. Minghella and Jonathan Kadin will oversee for Sony Pictures.

The Rabbids got their start as the crazy, loveable villains in Ubisoft’s Rayman videogames and have since branched into comic books, collectibles, merchandise, mobile games, television and more. The latest example, The Rabbids Time Machine attraction at France’s second-biggest theme park Futuroscope, drew big crowds and rave reviews on its opening weekend and showcases Ubisoft Motion Pictures’ ability to successfully develop Ubisoft’s brands in new mediums.