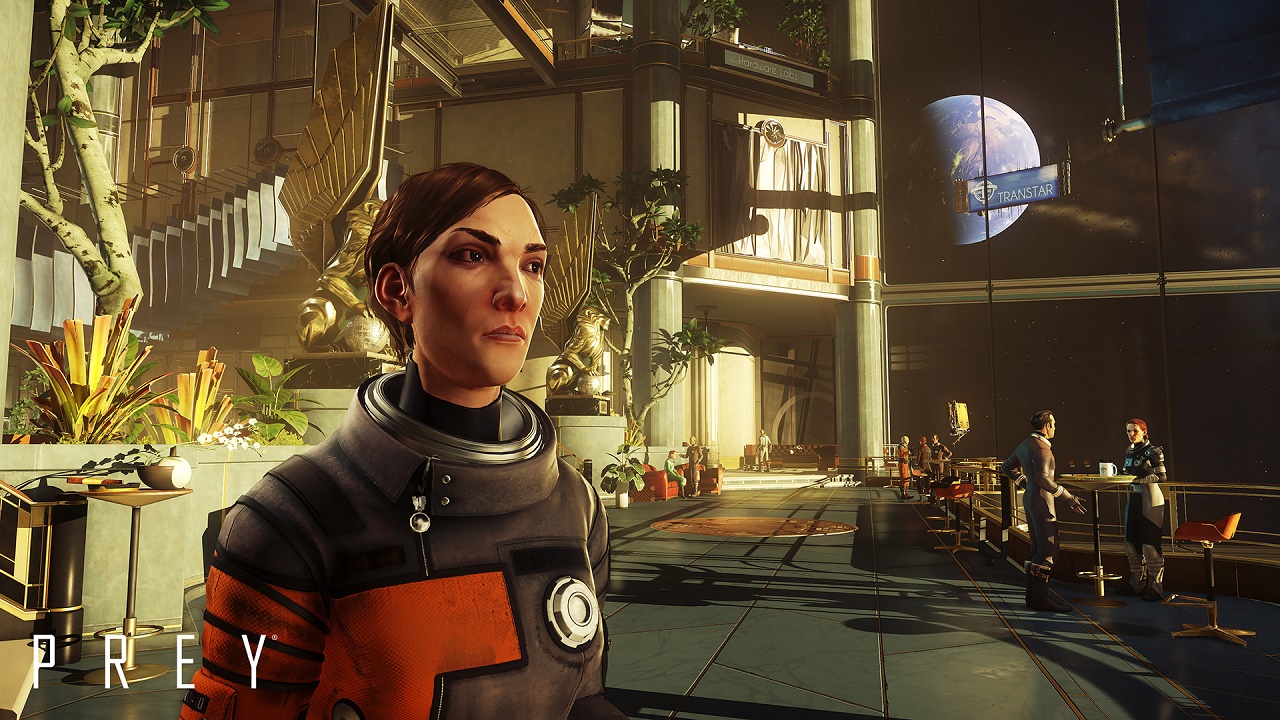 Today we’re taking a look at Arkane Studios Prey which released on consoles and PC and is a reimagining of the original Prey which released on PS3 and Xbox 360 in 2006 featuring the lovable Tommy character. A true sequel was planned but somehow fell along the wayside – even if it did look futuristic, stylish and interesting. Firstly, hats off to Arkane for taking up the mantle after their successful Dishonored 2 which released last year. Prey is a similar kettle of fish by design and whilst not exactly a cookie cutter experience, there seems to be a mindful influence and at the very least respectful nods towards other games such as Bioshock, Deus Ex and more. It comes across as an amalgamation of ideas thrust into an open world style environment where players assume the role of either a male or female (yes, the choice is yours) scientist Morgan Yu.

Within the opening moments, Morgan’s life and role is thrown into chaos. What we see as reality is soon shattered and something more sinister takes center stage within the earth orbiting Talos 1 research space station. Without going further into story specifics, it’s a perfect excuse to sneak, kill, climb, hack and interact with the game world alongside various human and Typhon enemies who form the basis of the inhabitants – some more pleasant than others.

The game does take a while to find its feet though and during the opening section feels like a standard survival action first person shooter. However, there are moments where players who think outside the box are given plentiful opportunities to shape how the game plays. For example using the gloo gun you procure early on as a means of scaling walls to reach inaccessible areas as opposed to simply using it as a weapon opens up more possibilities that can be easily missed. As you progress though there’s obvious ways of tackling the confines of Talos 1 and its the free-form approach that really shines. It’s almost like a puzzle game by its design where players are given numerous options in how to solve each problem. Looking at the game in this manner is perhaps the best approach because it’s certainly the biggest asset here. Shooting up or even sneaking past the shadow like Typhon enemies is hit and miss and early on proves to be quite frustrating as enemies appear over-powered and can kill instantly and the combat not as fluid as one might expect. Players need to adapt their gameplay rather that rely on tried and trusted actions to get by and this isn’t really explained well enough during the opening. You’re sort of left to your own devices in this regard where chains of events to progress are supposed to just click when often they don’t. 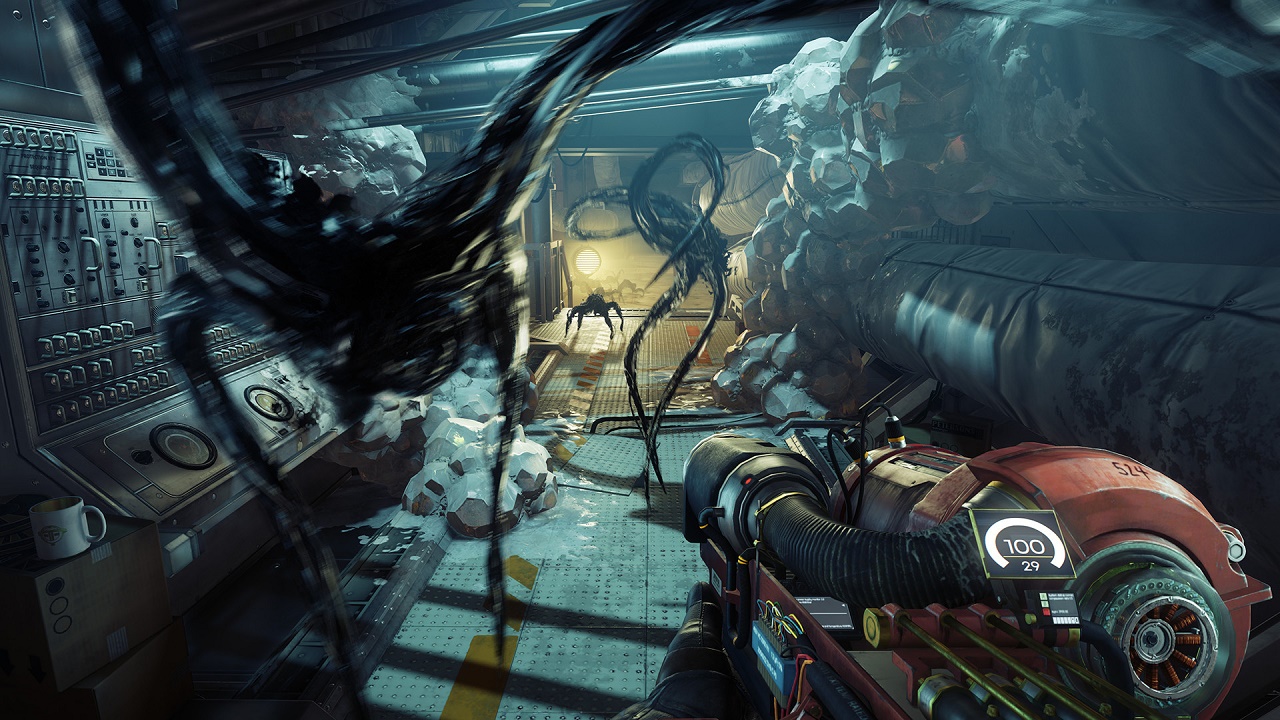 Prey comes across very unsatisfying during its opening and when coupled with a clunky set of objectives which begin to crowd you like impatient children vying for your attention it can all be a little subversive or overwhelming and somewhat disjointed. But…there comes a point where the tables are turned where more options reveal themselves to players with the introduction of special abilities that stretch beyond merely upgrading gaming standards such as hacking extra health and increased firepower. There’s a distinct chance to hit back at the Typhon and start taking the gameplay to another level. It’s here where the Dishonored influence shows the most but makes it a much better experience having more choices – remembering that whatever you choose is optional as there are consequences for your decisions.

Eventually after much testing and a bit of frustration you slowly begin to appreciate the complex design on offer, the skill tree choices you’ve made and understand how the objectives and side stories work with each other. It becomes a tour de force of abstract exploration across many rooms which feign the sense of large scale freedom with a series of interconnected areas. It’s a clever game for sure and perhaps might be a little polarizing, but once it clicks (if it clicks) it becomes a challenging adventure that neatly draws you into its plight. There’s some interesting stories although perhaps a lot of backtracking, fetching and delving into terminals to read emails and grab codes. It’s variety isn’t necessarily its greatest strength, on the contrary, but the journey can be quite exhilarating. 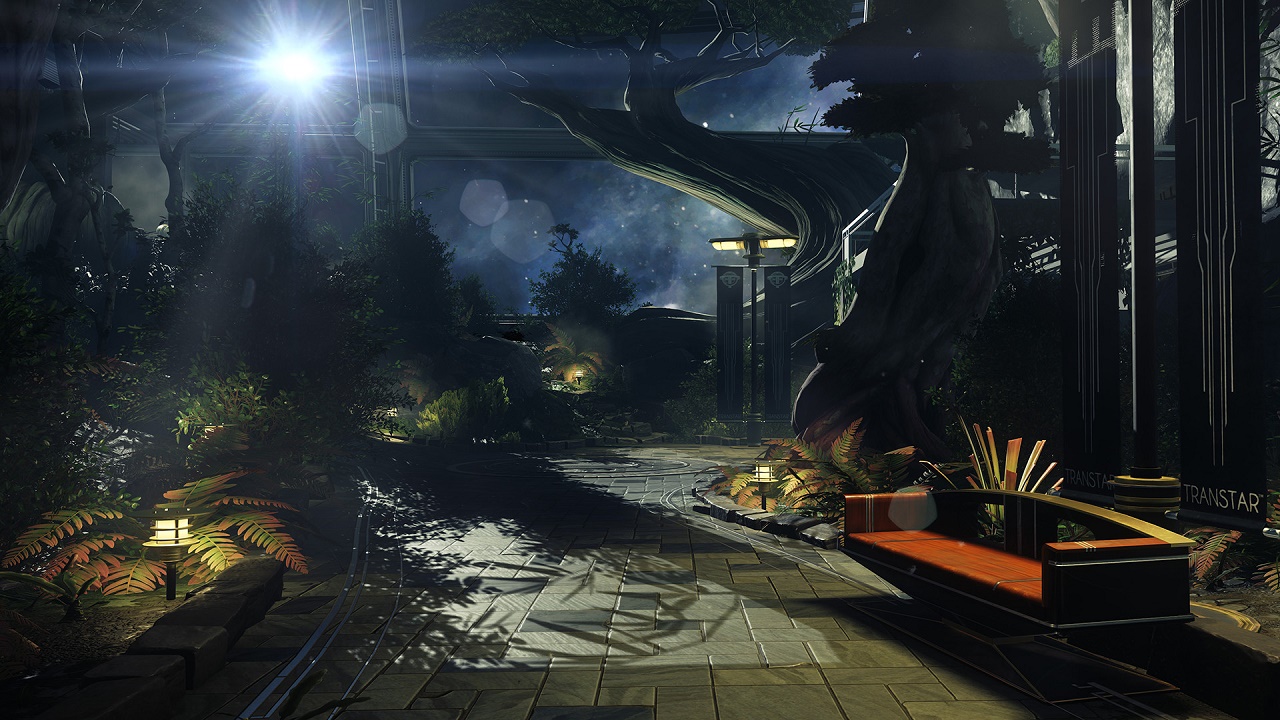 In terms of visuals and design, players are teased a wider space before the harsh truths are revealed. Talos 1 is an interesting location to explore but rests on the side of industrial design with little in the way of organic matter – aside from the enemies and humans. It’s a functional multi-tiered playground lacking in variety. The same can be said for the designs of the Typhons which cleverly can mimic inanimate objects and then jump out at you when you least expect it. The crab like design of these critters isn’t scary or visually pleasing as black mass but are still satisfying to kill with a smack from a wrench or point blank shotgun blast – old favorites never get old it seems. The larger Typhons are large masses and humanoid looking elemental beasts which again aren’t spooky but at least make a change from zombies and robots – although there are plenty of those too, robots that is.

Performance wise, the game runs smoothly at max settings in 4K on PC (depending on your rig of course) with little to no technical issues which has to be applauded. Throughout the 30 odd hours playtime everthing played great although it has to be said, it’s not the most detailed game in terms of textures, although there’s some excellent use of lighting and shadows.

Audio is also very good with a decent voice cast and numerous sound bites to listen to which drive home the story – in a similar way to Bioshock. However, it’s the music which dominates the audio with jagged sounds and electronic interference which kicks in at opportune moments. The soundtrack is excellently placed and orchestrated thanks to expert sci-fi tunes from Mick Gordon, Matt Piersall, Ben Crossbones and Raphael Colantonio. That said, the mix seems to be a little off where at times the music is too loud making it difficulty to hear the spoken word. 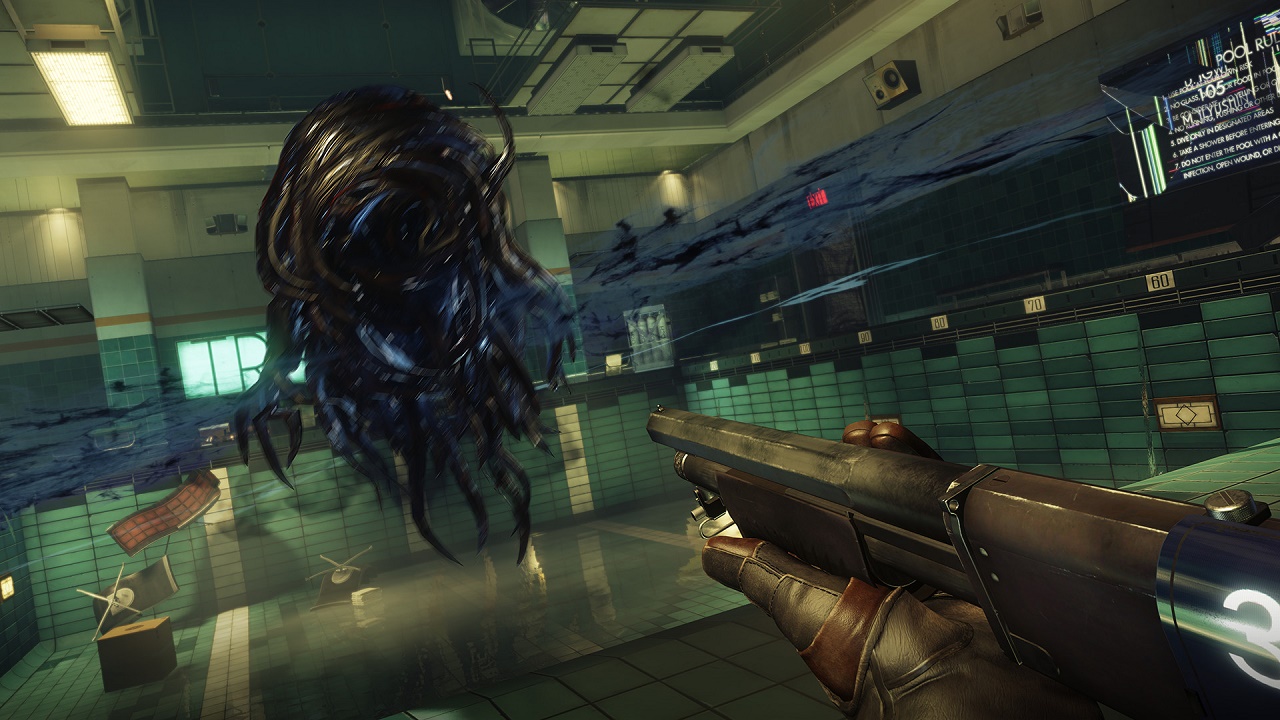 Prey offers a neat multi-tiered free-form action first person adventure for players to dive in. Replay is high with the various options within the skill-tree advancement and personal choices made. After 30 hours and beyond it’s safe to say the finale is worth the price of entry and certainly has to be seen first hand. Prey is one very cool game which you might loathe at the beginning but eventually love after the end credits have rolled. It’s a mesmerising experience, cleverly crafted and worthy of your time and money especially if you’re a fan of stealth action games. Shooter fans with little patience might not make it to where the gameplay becomes more interesting, but if you persevere you’ll be rewarded with an enjoyable game that can be played with multiple styles.