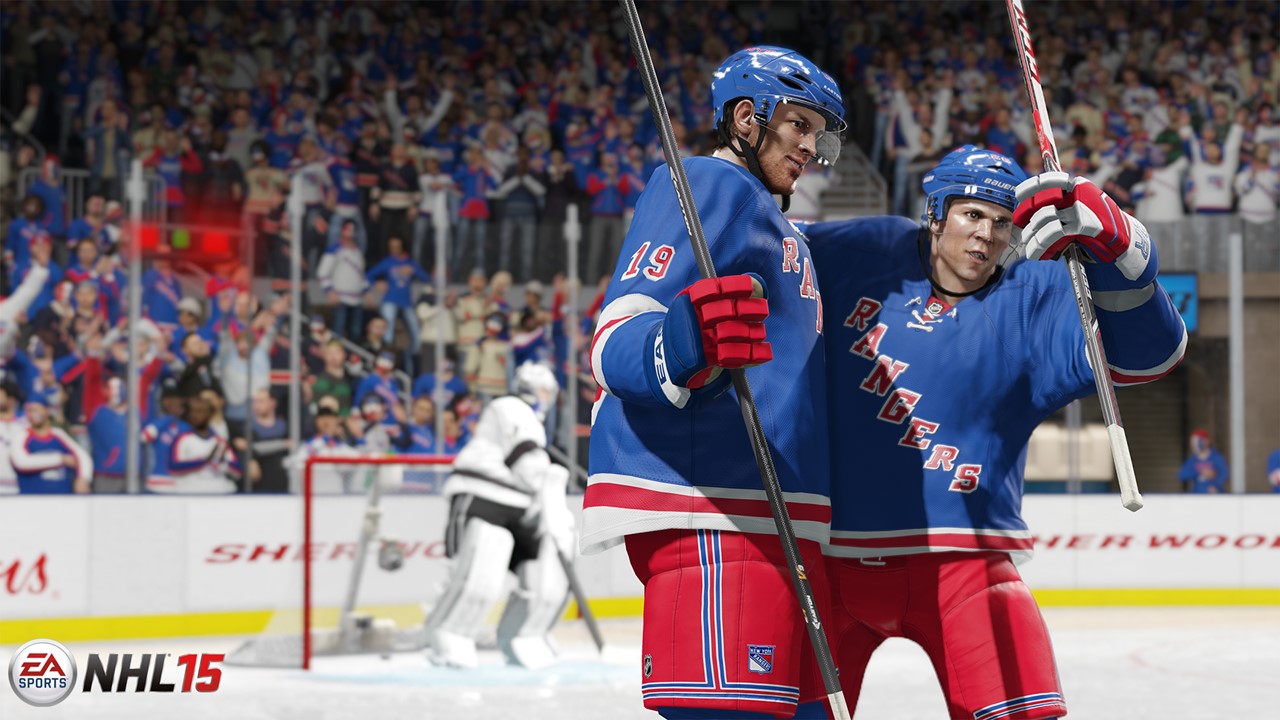 Sports games tend to not be the most demanding of games compared to other genres, but it has to be said the yearly releases being developed by the likes of EA and 2K Sports are now offering an incredibly high level of realism and details in their offerings of football, basketball and ice hockey. EA just released a demo for NHL 15, the latest in a long running franchise and popular in the North American region which shows off some amazing effects such as fully animated audiences, detailed dynamic shadows, motion captured animations, cloth physics and high resolution textures on the players themselves. However, one neat effect during gameplay which is quite noticeable in the demo and something you won’t see in other sports games are the reflections on the curved transparent barriers surrounding the on ice action. It’s certainly an impressive yet subtle effect adding another layer of realism to the overall presentation which has to be said is top quality, although the reflective surfaces are present in last year’s NHL 14 on Xbox 360 and PS3. Take a look at the demo gameplay video and see how lovely the game looks in motion.