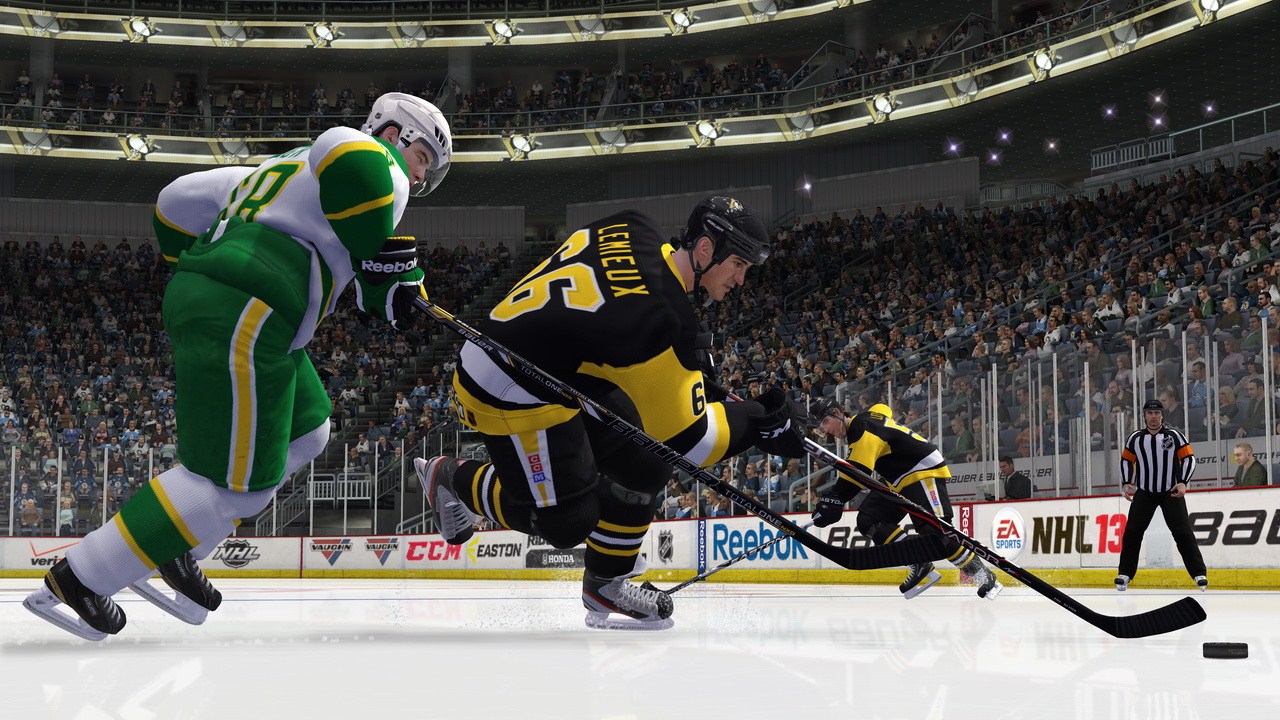 I used to be a huge NHL fan a few years ago but the ice hockey series just felt like it was going anywhere compared to other video game, sport franchises. After a two year, NHL gap I’ve finally got my hands back on the stick and couldn’t wait to get back on the ice to see what’ll hopefully be a significantly more entertaining game than it was in the past. 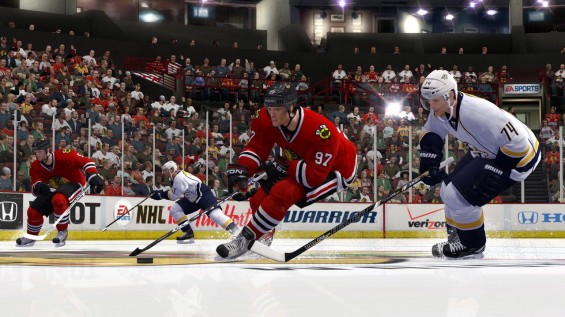 As soon as you launch NHL ’13 you’ll instantly notice all the game modes you previously loved except now there are a mountain of new additions for you to sink your teeth into – they’re hard to miss, as they have flashing gold text letting you know that it is in fact, new.  The returning features have had a tasty new facelift to bring life back into the things you loved such as ultimate team and the run of the mill single player career. Fancy reliving incredible moments from the wonderful world of NHL? Well, now you can with NHL Moments Live.
A nifty new feature for NHL ’13 is the connected seasons game mode; a fancy twist to the traditional single player career experience. The idea is that you play the career mode you’re used to like you would except you are now against other people who’re all over the world and each league can hold 30 individual teams and a staggering 750 unique players. Everything is controlled by the players and the concept of it is bloody fantastic from the commissioner to individual players. 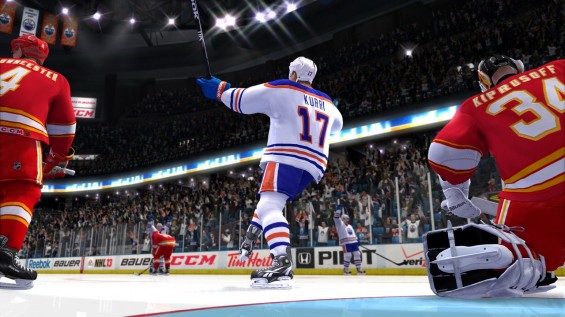 The most notable improvement since I last took a dip into the wonderful world of hockey was just how fluid the player movement now is. Every animation looks near-perfect as they glide across the ice and smack the puck into (hopefully) the opposing teams net, the True Performance Skating is definitely a fantastic, much needed addition to the series; taking it from its arcade-y style to full blown realism. Every player feels as if they have ‘weight’ when gliding across the ice; this then leads to some truly awesome tackles as you shatter the glass surrounding the ice with someone’s face.
The problem with this is that the fancy-pants new real time physics system has a few notable bugs when it comes to players colliding with each other which we can assume will be fixed by the next iteration; the same happened with both FIFA and NFL. It’s always entertaining to watch a hockey player fly across the screen on his arse after he tripped over his own feet.
A common feature in all the latest major sporting video games is the computer controlled players actually have half a brain between them when before most potatoes had more brain cells. When you see a computer controlled player make a run down the ring, you know you’re about to get a decent shot on goal. 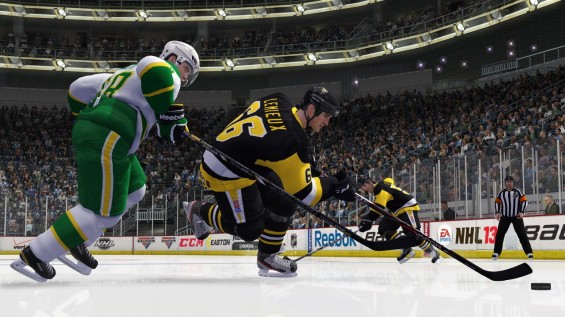 The amount of content that is bundled into NHL ’13 is truly fantastic and makes it well worth its retail price tag. Then throw in the fancy new physics, you’ve got a bloody great addition to the NHL franchise albeit a few notable bugs because of the new gameplay mechanics.