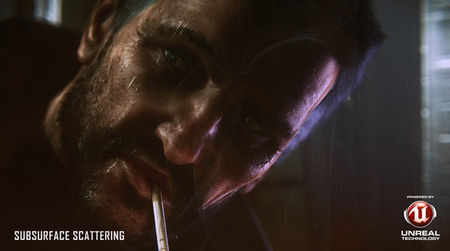 There’s an argument and perhaps a conundrum when it comes to Next Generation gaming, in that for some people the personification of next gen boils down to how well a game looks; but aside from pretty graphics, what changes can and should gamers expect from new hardware rolling out next year or beyond. It’s easy to look back at Xbox or PS2 games and then compare the gameplay to notice that whilst the games themselves are comparable in how they play, the additions to the gameplay have been somewhat cosmetic. Well games development has come a long way in six almost seven years now, and with talk of new hardware it’s obvious gamers want more in terms of gameplay features, but is new hardware the answer? Take a look at some gameplay choices that are expected from Next Gen consoles.

60 FPS Gaming – It’s true, a 60 FPS game feels smoother than one running at 30 although this is most notable in first person shooters or racing games. Whilst it’s still within the region of graphics, the overall feel of a game can change with a boost in steady frames per second running. Whilst we’re on the subject, an elimination of all those horrible framerate dips and tearing of screens which detract from the gameplay would be nice too. With the advent of more detailed basic textures not grinding systems to a halt, it’s a given that games will look better, but hopefully we don’t see a repeat where frames are sacrificed in the process.

Better hardware should equal more resources to really nail the AI sub routines. Give AI characters a bit more life and provide free will to compliment the improved animations and looks – the chance to be developed into a virtual person to interact with beyond the standard automated choice based conversation/interactions. With proper intelligent AI this would aid the immersion and would make for more believable worlds.

AI calculations whilst highly complex are something which happens behind the scenes in games where we only see the end result, and when it goes wrong, we all know about it, and laugh, or cry. Some people might expect to see more NPCs in open world games, but this is perhaps the wrong way of looking at things. Being able to render more detailed models en mass, isn’t necessarily going to make a game any better, having more realistic and reactionary AI would. Think about how characters can evoke the player into performing actions, behave in a more realistic manner so that all the effort placed into making them look realistic isn’t scuppered when they move or become insignificant to the player. Better AI that thinks, and perhaps keeps players guessing rather than becoming predictable is the way forwards.

Game worlds can expand outwards to provide larger areas of exploration, creating the illusion of a vast and massive play area. Yet, when these massive open play spaces are devoid of much life it impacts the gameplay. Rather than expect bigger areas – which would be a cheap enticement – offering more detail within smaller worlds would make games more impacting. Think about the games we play at the moment, the areas we visit, the things we do in those areas. It’s quite limited in most games as we perpetually push forwards, ignoring a lot of details on the way. Imagine being able to simply become more engrossed into a game world, when it offers much more to do without having to be “bigger”.

Next gen gaming is likely to mirror current gen gaming quite considerably, probably more than many realise. However, there’s got to be a cause behind wanting to purchase a new console at initial high prices; the differences have to be apparent, and therefore developers have to be more inspired. Perhaps some of the ideas that are shot down during conception stage make the cut because the hardware is able to handle it. Sadly, with the cost of development rising even more with Next Gen gaming, it’s likely many developers will play safe and slap on better textures to existing ideas and formulas. Yet, somewhere, that extra power could bring some very cool gaming ideas to the surface and that’s what most people would like to see.