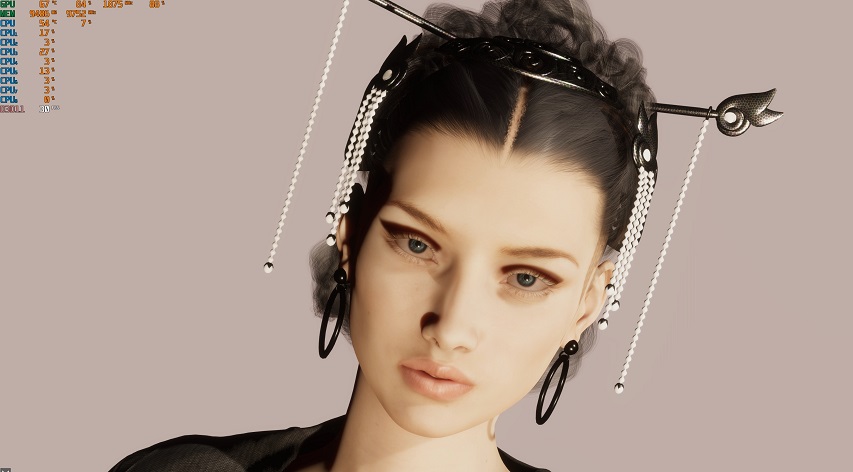 It has been quite some time since we first looked at the Mirage game (available here via Steam). Our first video we made in July of last year offered the basic singular character and editor. Since then and most recently a new version of the game released with a 0.3.5 offering which adds some new features.

In the Mirage game you can pose and animate realistic Genesis 3 models in real-time, but the end goal is to offer a complete AI driven sandbox experience with gaming features and much more. In the current version, players can now add as many models to a scene as their PC can handle, and independently pose/animate them. Compared to the single model of the original release last year, that is a massive upgrade, allowing players on desktop PC or in VR to create their own static or animated scenes. There is still a long-way to go though, but at least lone developer MorganaVR is making good progress.

You can view some NSFW 18+ images of two characters posing in the album here.