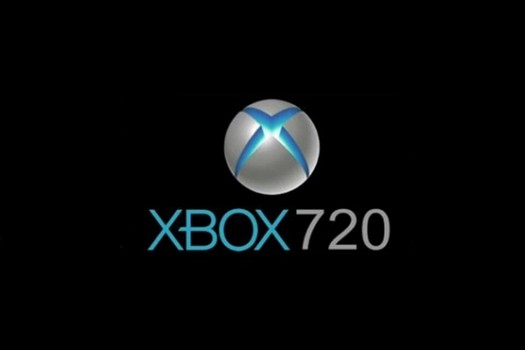 Today Microsoft sent out a reminder email pertaining to the big releases coming out for what looks like the last period of the financial year 2012/13 with some big hitting titles scheduled between now and March 2013. Games like Bioshock Infinite, Gears of War Judgment, GTA V , Tomb Raider, Dead Space 3 to name but a few with only GTA V and Splinter Cell Blacklist having their release dates shrouded in a bit of mystery. Whilst Gears of War Judgment and extra content for Halo 4 seem to be the last bastions of exclusives for the Xbox 360, it really does suggest that the proverbial hype storm is brewing and possibly E3 2013 will be the key.

Major Nelson has also just posted an E3 2013 count down clock on his blog (159 days and counting), something which he’s never done before, accompanied by the words “and it’s on”. Considering there’s nothing major from team Microsoft on the horizon other than the aforementioned Halo 4 extra content and Gears of War Judgment, speculation suggests that E3 2013 could be the start of the next Xbox, or least it being announced and possibly presented to the masses.

Bioshock Infinite (2013) – In “Bioshock Infinite,” indebted to the wrong people and with his life on the line, veteran of the U.S. Cavalry and now hired gun Booker De-Witt has only one opportunity to wipe his slate clean. He must rescue Elizabeth, a mysterious girl imprisoned since childhood and locked up in the flying city of Columbia. Together, they learn to harness an expanding arsenal of weapons and abilities, as they fight on zeppelins in the clouds, along high-speed Sky-Lines, and down in the streets of Columbia, all while surviving the threats of the air-city and uncovering its dark secret. Available 26th March, 2013.

Dead Space 3 (2013) – Winner of more than 15 critic awards at E3 2012 including Best of Show from Game Informer Magazine, “Dead Space 3” cuts to the heart of deep space terror. The game is recognised by game critics worldwide for its incredible craftsmanship in horror, action, suspense and sound design. Players will embark on a thrilling ride through space that takes them to a hostile new planet, Tau Volantis. Fortunately, they are not alone this time around. The fully integrated drop-in/ drop-out co-op feature gives players the option to play alone or team-up with a friend anytime. Players that choose to take down the terror together will experience additional story details, side missions and gameplay mechanics only found when playing as John Carver. Available 5th February, 2013

Grand Theft Auto V (2013) – Developed by series creator Rockstar North, “Grand Theft Auto V” is the largest and most ambitious title in the series to date. Set in the sprawling city of Los Santos and the surrounding area, “Grand Theft Auto V” delivers a world of unprecedented scale and detail bursting with life, from mountaintops to the depths of the ocean. Available this Spring.

Halo 4 (2012) – The 2012 blockbuster hit, “Halo 4,” continues the fight with the “Halo 4” War Games Map Packs – the first of the three competitive multiplayer map packs, Crimson Map Pack, launched on 10th Dec. The second half of Spartan Ops Season One will also resume on 21st Jan, 2013 with brand new episodes, chapters, locations and maps.

South Park Stick of Truth (2013) – From the perilous battlefields of the fourth-grade playground, a young hero will rise, destined to be South Park’s savior. From the creators of South Park, Trey Parker and Matt Stone, comes an epic quest to become… cool. Introducing “South Park™: The Stick of Truth™.” Discover the lost Stick of Truth and earn your place at the side of Stan, Kyle, Cartman and Kenny as their new friend. Succeed, and you shall be South Park’s savior, cementing your social status in South Park Elementary. Fail, and you will forever be known… as a loser. Available this Spring.

Splinter Cell Blacklist (2013) – In “Tom Clancy’s Splinter Cell® Blacklist™” a group of rogue nations have had enough of the United States military presence in their countries and mastermind a terror ultimatum called the Blacklist – a deadly countdown of escalating terrorist attacks on U.S. interests – to rid themselves of the occupation. Given a presidential mandate, Sam Fisher and his newly formed 4th Echelon team must hunt down these terrorists by any means necessary to stop the Blacklist countdown before it reaches zero. The game will offer a deep single player experience as well as co-op, multiplayer and an integrated economy system. Coming soon.

Tomb Raider (2013) – “Tomb Raider” explores the intense and gritty origin story of Lara Croft and her ascent from a frightened young woman to a hardened survivor. Armed only with raw instincts and the ability to push beyond the limits of human endurance, Lara must fight to unravel the dark history of a forgotten island to escape its relentless hold. The adventure begins on 5th March, 2013.