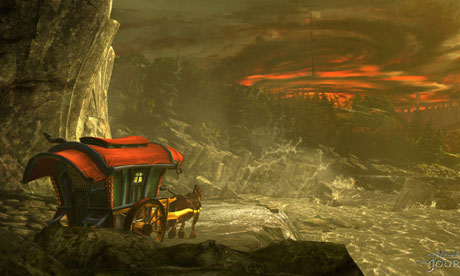 With the completion of its latest title Fable: The Journey, Microsoft has ended contracts for an estimated ten per cent of its Lionhead Studios workforce, but claims this is not unexpected as new projects are being developed. Naturally more employees are gained throughout the development process and Microsoft are keen to enlist into its other departments.

“There is a thoughtful and fair consultation process for all employees to ensure they have the best possible chance of finding a role inside Microsoft Studios,” said the company in a statement to GamesIndustry International.

“We are working closely with the affected employees during this difficult time, and helping them to explore opportunities. We do not have an exact number to share but by the end of 2012 these reductions will account for less than 10 per cent of the overall headcount at Lionhead”

The next question will no doubt remain unanswered for the foreseeable future, and that is what new projects are the Lionhead team working on, especially in light of  head creative director Peter Molyneux’s departure from the company earlier this year. Hopefully there’s room for the talented people who have left Lionhead Studios in other areas of development within the UK games industry.