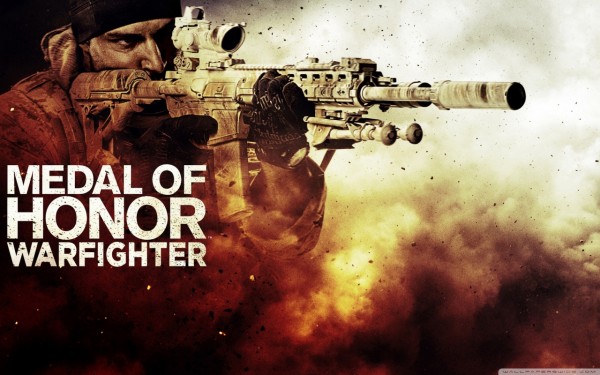 I really wanted to like Medal of Honor Warfighter. I really did. Although the act of rebooting the franchise in the light of today’s modern day military takeover was little more than band wagon jumping, I applauded the move and was eager to play 2010’s initial outing. Which subsequently I enjoyed, although clearly it was lacking in certain areas, areas which you excused given that it was its revamped début release, and hoped they’d rectify in the inevitable follow up. Two years later, said follow up has arrived, and it’s now time for MOH as a franchise to step up and take that place alongside Battlefield and Call of Duty which it so desperately craves. The only question though is whether or not Danger Close have the tools fit to deliver, and cash in on a promise that the franchise itself needs to fulfill in order to justify its very existence.

Core to the intended success of Warfighter, is authenticity. Instead of original story and scripted universe, it instead opts to take the more “authentic” route, with constant reminders throughout the game that preceding events are all based on actual fact. Therein lies the problem though. Real life events aren’t as big and dynamic as helicopters falling out of the sky following EMP blasts, high octane speedboat chases, or tanks smashing through entire cities as a key suspect is pursued. But these DO make for great videogame set pieces. In Warfighter, the set pieces are decidedly more low key, which you can forgive to the point that they must be more authentic right? But authenticity does not a good game make, and the more realistic approach just results in more tried and tested formulaic action, the likes of which we’ve seen a billion times before, without the exiting moments that makes these type of games stand out.

Authenticity alone will not sell a game, as today’s military FPS fan, the very audience Warfighter is trying to reach, after being constantly exposed to events like those previously mentioned, is growing practically numb to such epic set pieces. But that’s what they sign up for, and many will be left underwhelmed with Warfighter’s lack thereof. So many wanted Warfighter to fail. I’m one of the four that wanted it to be great, but I really struggled at times to find something worth writing about. Cut scenes are nice and do a good job of building up the character, but then again, doesn’t this conflict with the game’s authenticity? Does this guy actually exist? And if not, why do I care that the mission itself is real when the people within it are not? What are the stakes? What am I playing for?

Looking at the gameplay; the cover system is effective, allowing you to duck and lean in and out of cover, something I’ve liked for a long time and hoped it would make its appearance in a military FPS for a while. But it can hardly claim to be the first to do it, Killzone I think being the originator. There’s also a nice tweak on the breech ability, which allows for upgrades as to the way the breech actually happens, rewarding precision within the slow-mo that inevitably follows. It’s a nice thought, but entirely aesthetic, and I’d have liked to have seen this taken further, with different results happening dependent on your choice, or indeed applied elsewhere too, like melee executions for example. Right now, it just looks like the developers have ripped off yet ANOTHER genre trademark, but tried to disguise that fact by putting in a small little tweak.

Graphically the game does work well, backed up by good voice acting and a pleasant score. It really is just a shame though that we’ve seen and heard all this before, to the point when even decent looking visuals and solid presentation have become almost redundant. Again, authenticity is central to the developers aims, so little liberty could be taken in terms of taking chances visually, although whether that’s an excuse or legit justification is another matter.

Being the bastard child of COD and BF, MOH has to be twice as good just to get recognised, and to even be regarded as an equal it needed to do things better, not worse. But playing through the game, it struck me as actually inferior to the original Modern Warfare that put the genre on the map, a game five years old now! Enemy A.I isn’t as smart, enemies can’t be shot through cover, and aiming is inaccurate at best, the amount of unregistered headshots I landed is laughable. Overall, the game doesn’t do half as much as it clearly should in order to get over the hump. Its best chance of success was to be released right smack bang in the middle of the waiting time between COD releases, in order to tide fans of that franchise over. But in all honesty, it would have probably just made fans yearn even harder for November to hit, instead of allowing them to forget about it if only for a second.

As is growing more standard with these games, the single player campaign is lacking in length, with more focus put on multiplayer, which to its credit is a step up from the last release. Playing like a cross between the two genre leaders, the Frostbite 2 engine is again on display, albeit in stripped down form. While all too much forgiveness is handed out these days for underwhelming single player campaigns, multiplayer is something that makes or breaks a title, and while Warfighter is certainly competent, it really needed to do something extra special in order for anyone to still be playing it when November hit. Maybe this was too much to ask, and maybe we should be happy with an alternative playground where commercialism and immaturity won’t run quite as rampant. Or maybe I’m trying hard to justify an online component that does nothing new at all…

With so much fuss made over which military shooter is superior between COD and BF, you really have to ask whether there is any room left over for another major player. The question was posed two years ago when the original Medal of Honor hit the market, and the follow up does nothing further to answer it positively. If the two aforementioned titles are the theoretical “big brothers” of the industry, Warfighter is the annoying little brat who wants to be invited to the party, but no-one gives a crap about. A purely “by the books” military FPS that might have done better earlier in the months between Novembers, but is just asking for trouble being released so close to you know what. It brings nothing new to an already tired, worn out genre, and would still have been out of date 4 years ago. Disappointing.