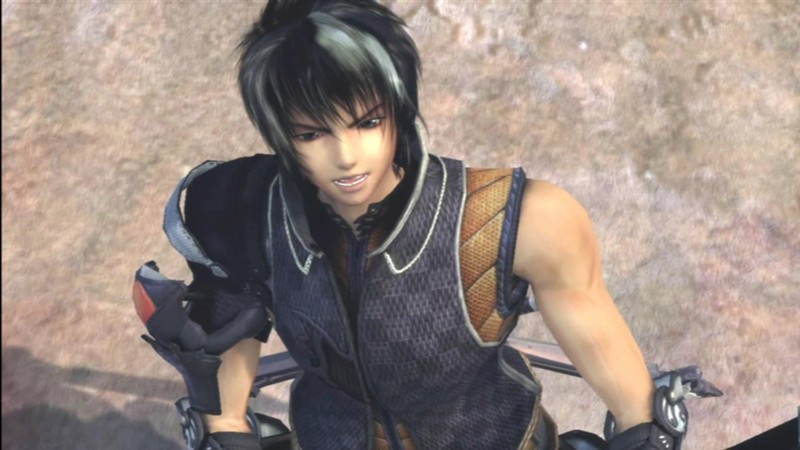 Magna Carta 2 follows the story of Juto a boy suffering from memory loss in a world at civil war as the Southern and Northern forces vie for supremacy of the lands. Following the supposed death of his friend, Juto vows to seek revenge and learn the truth behind his lack of memories as he joins forces with Princess Zephie and her southern army. It’s a typical Japanese inspired story and offers a chance for gamers to engage in glorious battles with the weird and wonderful as they find answers to many of the questions left unanswered.

Like any typical role playing game (RPG), Magna Carta 2 introduces the player to the main characters, in this case it’s Juto the typical young chap with issues, Melissa the tenacious female and the princess the strong willed but down to earth potential love interest. Along the way you’ll encounter more characters who naturally will make up your party members of which three will join you as you quest and battle at any given time, the rest being on standby. The story is an interesting one albeit someone typical and expected; and via the storytelling there is a lot of banter between the characters as they fill the screen in conversation. These moments are spoken dialogue and require the press of a button to advance each character’s lines. It’s a bit annoying although does allow a good look at the character designs. There are some moments where the dialogue flows freely during cutscene like moments and times when stills are used. It’s not the deepest of stories, even for an RPG, but offers enough twists and turns that will keep you playing as you meet more characters, make up your own minds as to who the bad guys are and what is going to happen next.

Beyond the storytelling you have some typical adventuring where there are open lands for you and your party to explore and battle various creatures. You’ll also be able to wander more populated areas and find side quests which can run alongside the main fill of the story, although some of these become void should you progress too far, so care has to be used if you’re looking to complete them all. What’s neat is being able to tackle more than one side quest at a time, so effectively you can stack them and if one or more are in the same area, you can kill two birds with one stone and gather the relevant cash and experience rewards without having to travel to the same place twice. The lands aren’t overly massive but it does take time to go from A to B on foot.

The combat is an area which offers the most depth (aside from developing your party members skills and attributes). What has become common for role playing games nowadays is to have real time combat as opposed to the random turn based battles of old. This means you’re mostly able to pick and choose when to fight and even run away should you get overwhelmed. As you wander the Abazet Field for example, you’ll spot lots of creatures dotted about and whether you’re just looking for a fight to build up your characters or heading off on a quest it’s great being able to dip in and out at leisure. You could avoid conflict entirely or fight them all, your choice.

The actual fighting is initiated by entering ‘Combat Mode’ by pressing the Left Trigger. You can at will return to ‘Movement Mode’ by pressing it again. Naturally, entering ‘Combat Mode’ you move slowly with your weapons drawn and it’s here where you can target enemies and slice or shoot away. This is handled in real-time but to make things more interesting there is a feature where you’ll ‘Overheat’ if you continuously attack enemies making your character unable to attack. Luckily you’re able to switch party leader on the fly when this happens, but obviously battles can become dangerous if one or more of your team are in over heat mode. The overheat takes time to wear off and thus leaves you vulnerable to attack – unless you run off that is (although this isn’t always possible). To counter this, the game offers a rather cool ‘Chain’ attack feature where you’ll be able to enter an ‘Overdrive’ status which enables a more powerful attack move and then swap leader so that they can enter an overdrive status also. This results in a chain break which means more attack power and no overheat for expelling all the energy. It’s easy to pull off and can make for some high attack moves on single opponents.

The characters also feature another layer to their fighting prowess in that they are proficient in two types of weapons, so for example Juto can use one or two handed swords with the former more suited to single enemies and the latter better against groups. You cannot switch during battles but can at any other time which means you’re effectively able to use the skills you have depending on the situation; it seems a weird design choice to not enable switching on the fly but either way it only takes a moment to switch via the menu when in movement mode. For each weapon style you can learn new skills which are unlocked as you gain more points. Using a skill tree system you’re able to unlock more powerful skills and master them at higher levels.

In general the combat is satisfying and requires a little but of strategic planning as opposed to just hammering away at the attack button. With the right chain combos and experimenting with all the characters and weapon styles, you’ll find that your team is able to deal well with most enemies, including the usual boss characters. The partner AI can be a little frustrating though and means there will be times when you’re wondering why the healing Zephie is attacking instead of healing or curing status effects on partner characters. It’s a pain and could have been improved, but as they say if you want something done then do it yourself, and this is often thanks to the on the fly switching of characters during battle. There are some neat moments where you’re fighting alongside the Southern forces army as it engages in open battle against the Northern forces. These are welcome additions to merely wandering around enclosed or open areas, and offer more purpose to killing.

Beyond the fighting, like any RPG you’ll purchase new weapons and armour from stores, or gain them from defeating tougher enemies, you can dip in and out of the menus and tailor your crew to suit, and although not entirely necessary, if you want to be the best fighting force then it is worth spending some moments every now and then to make sure each party member is kitted out with the best accessories for the task at hand – somewhat standard procedure for any role playing game unless you like making things extra tough for yourself.

Magna Carta 2 showcases some impressive character design with each character looking rather distinct in their threads that are a mixture of neo-classical and Japanese. The inspiration must come from somewhere, besides the catwalks of modern fashion. Either way, it’s impressive to see hair animation despite a general lack of movement when facing off during discussion. It’s also a shame there are only two characters on screen during these moments, with the game switching the places of the talking characters to suit.

The enemies are equally as freaky and range from slug tyoe creatures to wolves and some larger abominations that vye for your party’s blood. Amongst the weird and wonderful are your more typical human characters, who like the main protagonists are dressed to impress in equally flamboyant clothing. Magna Carta 2 is most definitely a colourful game when it comes to its character design.

The locales you travel to and from are varied but offer nothing new to the table. We’ve all been to these places in other games and there’s nothing that really stands out that much. It is welcome to have more open areas to break up the more confined spaces but then again a field is field no matter how expansive it is. It’s a shame the game didn’t offer more aesthetically pleasing effects like a real-time day and night cycle to spruce things up a little and offer some contrast for the world.

There are few problems with the game’s graphics other than some moments where the camera will decide to pan overhead of the controlling character during battles, or when AI characters get stuck on the scenery and forget to follow. Other than these hiccups the game is pretty smooth, although some texture loading was noticed on occasion, and this was apparent after installing the game to the Hard Drive.

Some typically JRPG characters are voiced accordingly, so that includes the tough sounding female bodyguard Rue to the rather annoyingly cute Celestine. There’s a fair amount of speech which has been voiced to a reasonable standard. The music is fitting and once again rather than offering a climatic score to tease your emotion, you are presented with what can be described as ‘expected’ tones for RPG music. Good, but not great and certainly not overly memorable except one track on disc two in Dunan Field which is simply sombre and majestic.

Role playing games are pretty lengthy when compared to their action, shooter counterparts, so expect to get lost and engrossed for around 40 hours if you’re to see and do everything on offer. However, the replay value is low because there’s little point in playing again once you’ve beaten the game unless you’re dying to get any achievements you missed the first time or play with different party members, so enjoy it whilst it lasts.

Magna Carta 2 isn’t the best role playing game ever, but is certainly a great effort and one that is captivating for the right reasons. Yes, it might be a little too typical, but the combat mechanics are well thought out and engaging enough to put you into each battle rather than making you feel like an observer. The characters are likeable (not lovable) and the story offers just enough to peak your interest. If you’re a fan of RPGs then this is certainly a decent game to add to your collection despite it not really offering anything new per se. If you’re a newcomer, then the real-time action element and no random battles might just be enough to entice you to keep playing from start to finish – so well worth a look in.