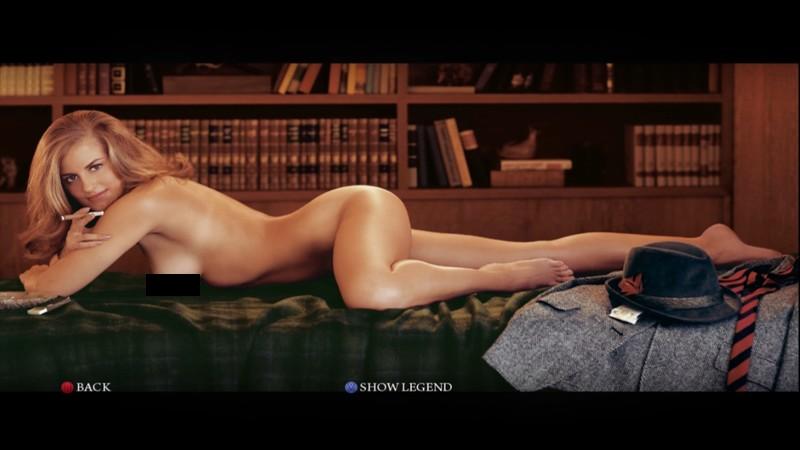 The original Mafia released on PC and then made the transition to Xbox in 2004, just missing out on current generation consoles. The game was a decent offering, although some of the gameplay was a little archaic especially one mission involving a certain race car which doesn’t need to be discussed any further (we still have nightmares about it – Ed.). There were some decent characters and the presentation was pretty solid, and who can forget the grand sweeping opening cinematic which set the scene nicely. The game wasn’t perfect, and so with the arrival of Mafia II on Xbox 360, has 2K Games’ Czech studios managed to address the niggles of the original to create the ultimate gangster game?

Without going too much into specifics, the game starts during WWII and sees you abscond from service to become a made man in one of the crime families that ruled 40s-50s America, but in between these events you’ll get up to all sorts of questionable activities which fit in with the Mafiosi lifestyle. Mostly you’ll be with your childhood friend Joe as the two of you fight your way through third person action gaming, killing rivals, driving around town and generally getting up to no good.

The story is actually pretty compelling viewing as the presentation is top notch, drawing you into lead character Vito Scalletta’s warped and troubled world. Starting out as a lowly man out of war and into the the seedy crime filled shoes of a made man is not the most original of tales, but the game tilts towards a more story driven experience than letting the player loose on the not so open game world; and here lies an issue which will probably divide gamers. With games such as GTA IV and its iterations providing sandbox entertainment, Mafia II offers no such thrills and focuses primarily on driving the story along with little deviations. This is the point of the game, and those expecting more are going to be a little disappointed. There’s a very serious tone on offer which means no real scope for goofing around. That said, what it does mean is you get quality moments and insight into the personalities of the main players free of any distractions.

Outside of the story cut-scenes you’ll be driving from A to B in a variety of period vehicles and then getting into gunfights with other gangsters or even bashing up opponents using a rather simplistic fighting system. It’s good and very satisfying, but aside from these moments you’ll be doing little else.

One problem that arises and perhaps grates a little, is a rather unforgiving checkpoint system which sees you spend an age driving somewhere, get to your destination and then be killed in a gun fight and have to restart the whole process again. perhaps it’s an indication that gamers of this generation have things too easy, but having overly long driving sequences seems to draw out the game unnecessarily.

During gameplay there are a few hiccups which can hinder your enjoyment momentarily but aren’t something that everyone will experience. As with all games of this nature they are somewhat expected although not really acceptable all the same. There’s no need to list them here due to the hit and miss nature of their appearance, but something worth mentioning all the same. Sadly you’re not able to save game whenever you choose, so you’re really at the mercy of the game’s strangling checkpoint system.

The best thing about the clean looking graphics are the rather sensational animations during combat, with some of the best you’ll see in a game of this ilk. Enemies will drop in spectacular fashion, providing a real kick to your gun shots and offering a little more believability to the game.There’s also some decent physics when inanimate objects get shot to pieces during the furious gun battles you have. Although admittedly, this isn’t utilized as much as it could have been.

There’s a heady mix of period tunes on offer which play over the various in-car radio stations or at your abodes. The voice acting is top notch throughout, with your sidekick Joe putting in a fitting and captivating performance. Complimenting the graphics during the many cut-scenes, the game’s audio is of a very high standard, with a somewhat lesser offering outside of story driven scenes. Other sound effects are as you expect with a nice selection of gun sound for the various pistols, machine guns etc. you get your hands on.

With some 15 chapters to battle through and moments where you’re able to take in your surroundings outside of the story to collect items, there’s enough here to keep you entertained for the duration. However, if you’re after other activities outside of story that you might have seen in similar designed games then you’ll possibly feel short changed as there’s not a lot else to do.

Mafia II offers a decent slice of Mafiosi gameplay which frankly doesn’t stray too far (if at all) from its roots, as both games follow the same story driven formula. The action is good offering fairly satisfying gun-play, the characters interesting, and the situations presented engaging enough. The lack of activities only really kills if you’re expecting a GTA clone which this very much isn’t. There are some niggles, such as the rather unforgiving nature of particular missions coupled with the checkpoint system, but if you’re tough enough to endure then you’ll have no problems. If you’re looking for a solid action game with an Italian flavour then Mafia II is worth the investment it’s just a shame 2K Games opted to ignore all the things gamers love about open world activities hence their absence here.