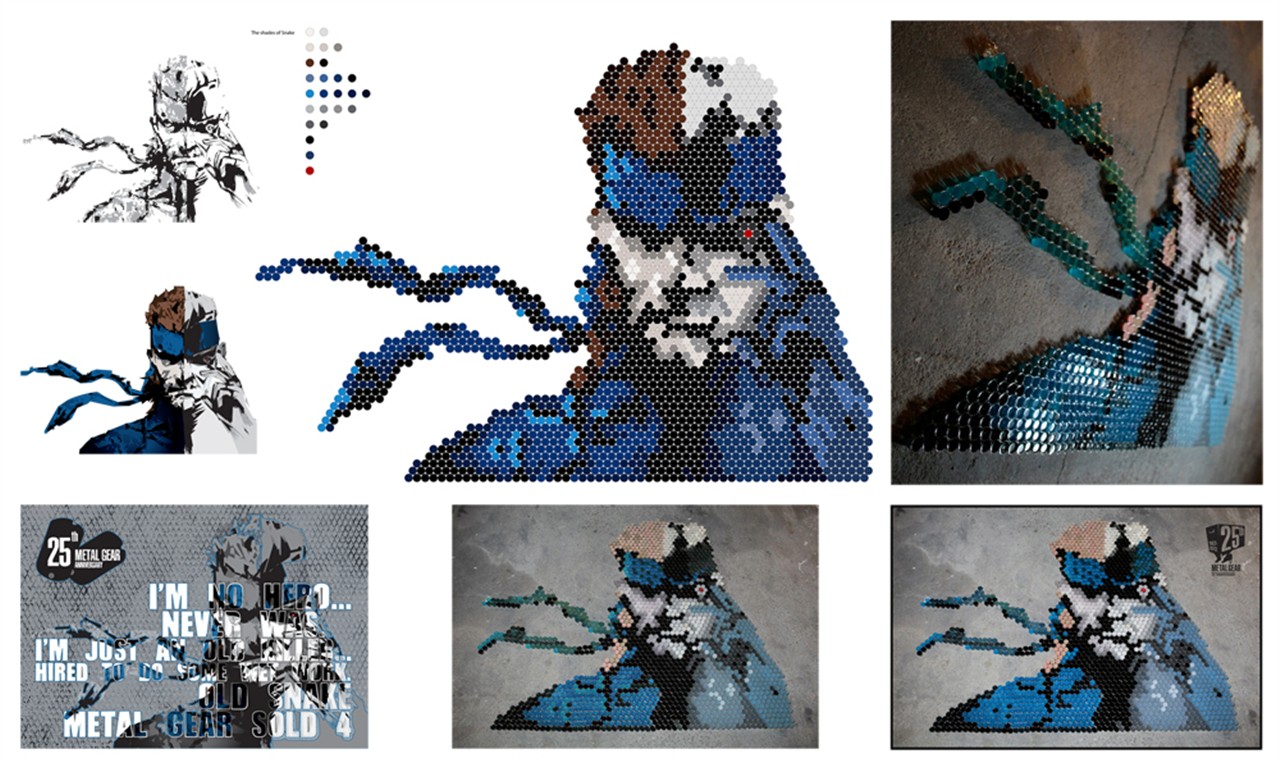 James Dance, proprietor of The Loading Cafe/Bar, handed this Metal Gear Solid tribute to its series creator, Hideo Kojima.  The image is comprised of several hundred shot glasses filled with coloured liquid. The end result is fantastic and must have required a lot of patience. For more info on the piece and how you can recreate it, head on over here. 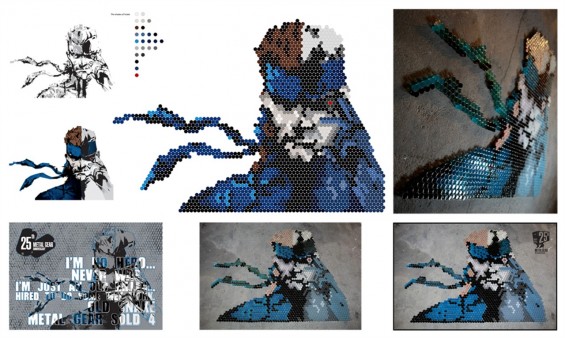 We are not sure how the team at ‘Loading Bar’, one of England’s only licensed gaming venues, find the time to actually PLAY games, but we are almost certain it involves some sort of time machine.

Having recently created ‘The world’s most disgusting cocktails’ (stylist.co.uk/life/recipes/the-worlds-most-disgusting-cocktails) and considering the small team is currently running an online crowdsourcing campaign to open a second venue in London (www.indiegogo.com/loading ), you could forgive them if they fancied a bit of a break.

However, there are always games to be played and more importantly for the bar, games to be celebrated in drink format, hence; the metal gear solid 25th anniversary shot set.

Consisting of thousands of shots, this fan tribute to metal gear solid was not a quick project.

Commissioning freelance design mercenary and MGS fan Joseph Payne to create a to scale dot image (he still only see’s in circles), the team spent 12 hours recreating the design on a warehouse floor using just over 2100 shot glasses and covered a 2m squared area.

“Once we found Konami’s codec code and got through to them to discuss the idea of a drink, it was the logical step after my ‘octocamo’ invisible/tap water cocktail idea was deemed a failure”

“Whenever Hideo Kojima visits countries I’m sure he gets showered with gifts relevant to the culture so we thought we’d do our bit for upholding the stereotype of England being a nation of drinkers and create this liquid tribute to Snake”
Despite the amount of work the ‘never again’ project entailed, the team are always open to new ideas and commissions, so if you are interested in a similar sculpture, get in touch.