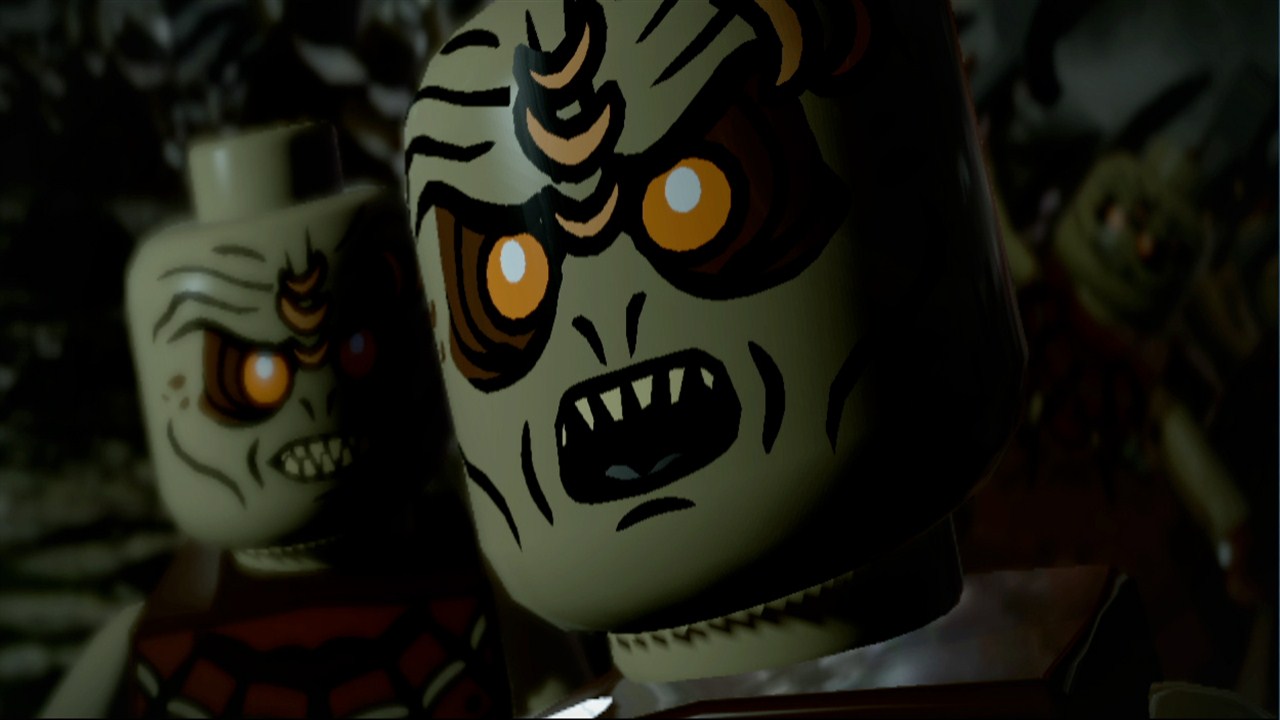 By combining the success and appeal of Triple A movie franchises with the character and charm of Lego, mixing it up with a touch of humour and throwing in a dash of addictive playability, Traveller’s Tales have crafted a strong core of games since this generation came into fruition, so much so that each new release of a Lego title is eagerly anticipated and enjoyed by a wide base of gamers, who always wonder by the end just which franchise will be “Lego’D” next. This time around it’s Lord of the Rings, the epic 3 part trilogy that became last decade’s Star Wars with its popularity and appeal, enjoyed by audiences the world over, and even inspiring a whole new trilogy of films this decade too. With the release of the first film in this planned trilogy, the timing it seems is perfect for Lego to take the reigns and head to the stage once more, this time setting its tale within the wondrous expanses of Middle Earth. 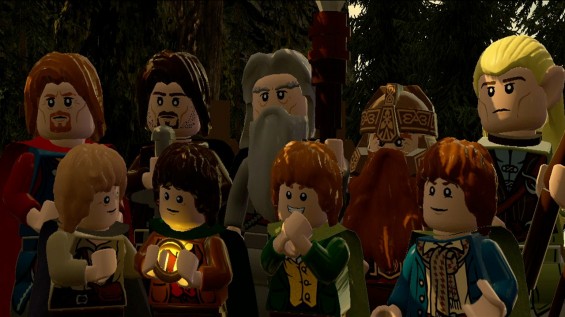 With a proven formula that allows easy play within a system that has stayed effective for years, not much needs to be changed drastically or tweaked in order to keep things fresh. The franchises themselves do that, with each new outing bringing new ideas, settings, moves and abilities, and deceivingly keeping an old engine deceptively fresh. Many critics argue that this is why the Lego franchise is starting to grow stale. Others claim that if it isn’t broke, why fix it? And with so many annual updates to big sports titles seemingly doing so little to change the way they play, and as a result gaining negative feedback, should the Lego franchise be treated any different? I’d argue yes, because while the core of each Lego game remain largely intact, each new tale brings with it its own set of chances and opportunities, and that very core is key to the game’s enduring success, given its broad appeal between old, young, and casual gamers. The ease of accessibility is something that needs to remain intact in order for a parent to play at the same instant level as their child, and that is the key area where Lego positively shines. It’s one of the greatest family friendly series of this and indeed any generation, uniting parent and child in ways other games have attempted for years, but never come quite as close to achieving. It’s not your average sports sim which NEEDS to make changes in order to justify its release, change itself comes with each new world that the selected franchises present, and the success of each Lego outing is largely based on how well such worlds are realized.

And having played a large number of Lego games before, I can safely say that Lego Lord of the Rings realises Peter Jackson’s trilogy and vast lands of Middle Earth fantastically, perhaps better than any Lego game world before. And on that basis alone, it proves a resounding success. The success that these worlds are realised with is key to inviting fans of the respective series into the mix, and it might very well be that someone who has never played a Lego game before will be seduced by the charm and humour of seeing their favourite film franchise represented on screen through Lego, and thus take the plunge. And in that sense, Lord of the Rings fans will not be disappointed here. Every setting, every character, every key moment from the films and then some, are reproduced in Lego form, and as well as the game works in offering broad appeal to families and friends, it perhaps works even better as an ode to the films themselves. I’m not entirely sure if it’s the sterling work done in the original movies, or just the scarily accurate portrayal of them as seen in the game, but everything just works so well, with the stories and settings combining perfectly with the way Traveller’s Tales present them. Presentation is fantastic, with the simple yet charming graphics of Lego seeing the world of Middle Earth reproduced wonderfully, and the epic score from the films is heard in full flow, setting the atmosphere off incredibly well, which combined with the set pieces in the game allow you to experience the trilogy’s best moments for yourself. Many a LOTR fan’s spine will be left tingling at many a moment throughout, and all in all, the game is everything LOTR and Lego fans could wish for. 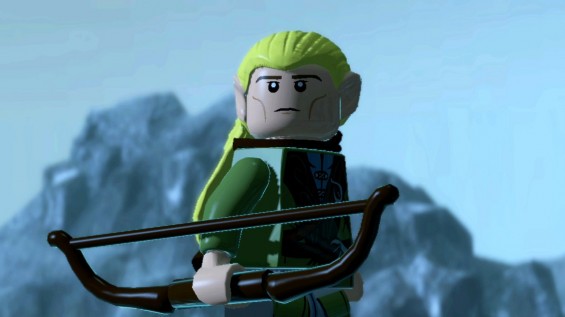 Well, almost everything. Because as well as the two franchises merge and work in unison, there are some incredibly annoying niggles that prevent the title from being truly classic. Such niggles made even more frustrating by the fact that after 7 years now of developing these games, they really SHOULD NOT be there. Issues such as split screen annoyance, system freezes, glitches that render levels unable to be completed, and distinct lack of online co-op, are standard affairs that only serve to take away from the amazing job done elsewhere. Split screen has been improved to the point where if you play with a partner, you can chose either set screen division where you each keep to your own side, or dynamic, that follows you around individually, combining as one when you’re close enough together. The problem is dynamic serves more to distract and annoy that it does to actively promote individual actions, cutting the screen in any which way it desires, and restricting abilities at key times. For example, if playing as an archer, and aiming your targeting reticule at the other end of the screen, but then player 2 walks away and as a result the screen splits, then your aiming reticule is annoyingly thrust out of target and confined to your own half, a huge annoyance when the action is fast and a key shot needs to be taken quickly. Swapping to split screen fixes this slightly, even if it does bring with it a tonne of its own issues as well, namely that you’re still quite restricted to where you can aim or see, or that the map can only be viewed by one player at any one time and takes up the entire screen, so while one player is deciding where next to explore, the other is just sat there waiting doing nothing. But the biggest issue with this screen split, is that in playing the many hours in co-op I found the game froze quite a lot in this mode, more so than any game I’ve played this past year, and so much so that it resulted in a system reboot and another choice of game entirely. By the end, a lot of confidence was lost in ever being able to fully complete the title given its unfortunate multitude of bugs and glitches, something that really damages the appeal of the title, when it really is so much fun to play, when it works. 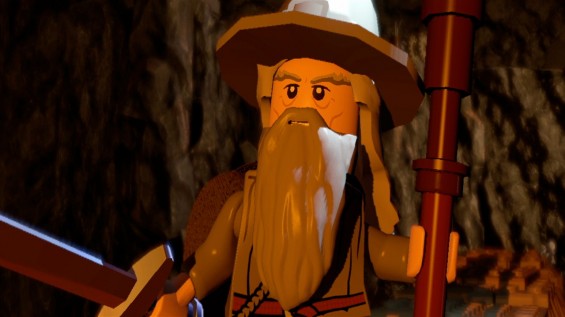 Because when it works it really is enjoyable. Co-op is an absolute hoot, and while the world itself is a stripped down version of Middle Earth, and the tasks you complete within it are basic at best, it was still a lot of fun to wonder off alone and explore the lands, collecting many items and characters within, then joining back up to tackle a level together. Co-op makes any game better, taking an average game and making it playable, or in this case, taking a great game and making it fantastic. Such a shame then that co-op play is restricted to local co-op only, something absolutely CRIMINAL in this day and age, but something Traveller’s Tales have stubbornly refused to change for way too long now. These games thrive when played with a like minded fan, together as one, and it really is doing itself an injustice by depriving many players of this ability, as it should not be assumed that everyone has the ability to invite a friend around for the many hours that completing these kinds of games demands. Because it will demand many hours, as all Lego games do, if wanting to 100% complete it. Items can be found, new weapons discovered, awesome abilities unlocked, characters bought, and the entire story replayed and rediscovered, either alone or with another gamer, and as a result the longevity of the title, as with all Lego games, is fantastic, fuelling the need for online co-op even more.

While many annoying bugs and issues prevent Lego Lord of the Rings being as good as it really should be, at its heart, it’s a great game that proves a lot of fun to play, representing the world of Middle Earth really well and proving the perfect blend between two great franchises, humour and action, and broad family appeal. Lego fans will love romping through this new world, using the new abilities and facing a new set of challenges, and LOTR fans will delight at how well the films are represented, and just how entertaining the game can be.