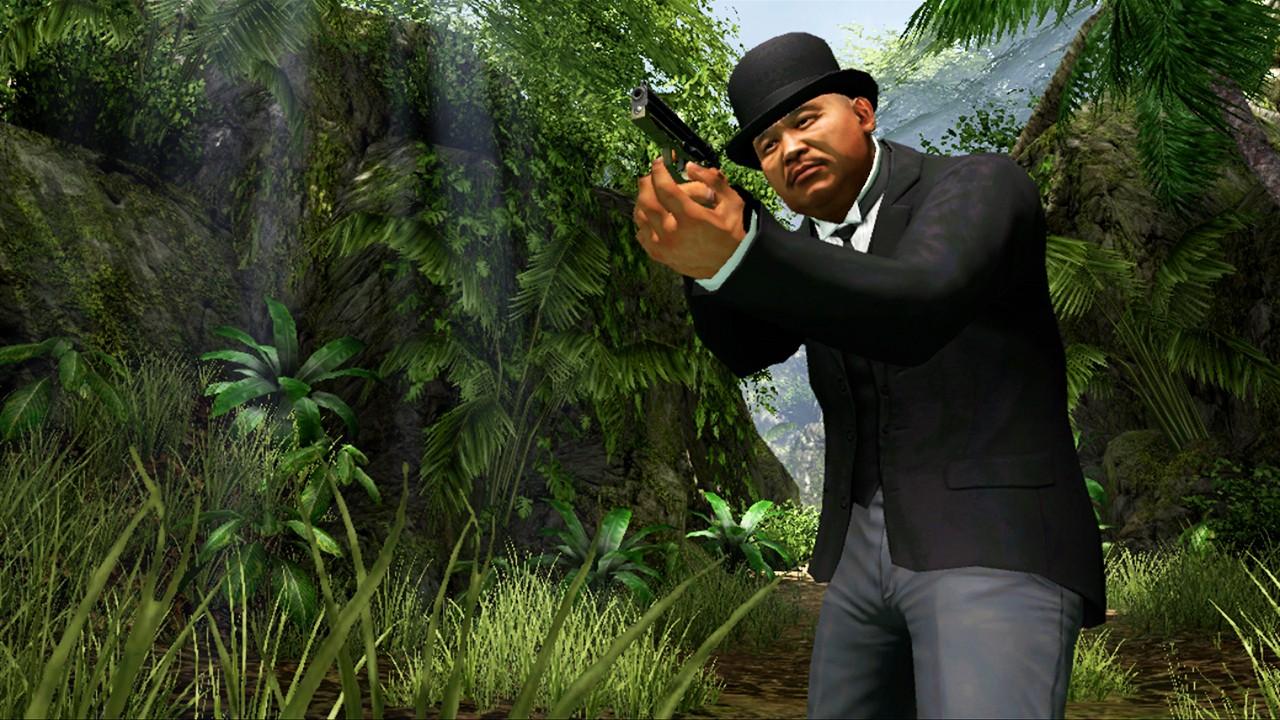 Goldeneye the video game is regarded as one of the all time greats when it comes to the history of first person shooters, and although still very playable today, the aged N64 graphics and slightly odd controller simply does not compare to the high production values we have today. last year Eurocom released a remake of the game based on the movie of the same name on the Nintendo Wii, bringing Goldeneye back to Nintendo. However, rather than be an actual HD remake of the classic N64 game, is more like a retelling of the story as seen in the movie. Naturally with the subject matter being the same, there are similar elements to be found in both games, but in reality they are two different games.

Eurocom updated the Goldeneye story to bring it into a more modern age. Although the main players are the same, their objectives and themes shy away from the cold war theme of the movie and take on a more digital threat with EMP strikes and global banking. Whether it was right to do this and perhaps sacrilegious for movie fanatics, but at least this distinguishes the game from anything else – also considering this isn’t the first game post the N64 version to share the “Goldeneye” name.

Gameplay consists of some solid first person shooting action with only a few moments pre-mission where you’ll see Daniel Craig’s character model. The first person element works well as the combat through the single player story is satifying and well realised. You get to travel the globe as Bond does in the movie, where each location has its own theme – from the sunny climes of Africa, to the sparse and snowy wastes of Arkhangelsk. Whilst there’s a fair variety of weapons to choose from, and the option on many occasion to go stealth, the enemy AI is a blundering mess. During stealth, the AI will go about its predetermined routines which you can learn – much like the original – yet, when discovered, all hell breaks loose as every enemy focuses on you regardless of how hidden you might be. Sadly, there’s no real middle ground to evade enemies once discovered which is a shame. Goldeneye attempts to overwhelm you with enemies, and this mechanic is present from start to conclusion. However, your opponents whilst agile and very mobile, do tend to act rather predictably allowing for some easy kills and distinct lack of worthy challenge on the lower difficulties. It seems what is offered here are some very old gameplay mechanics from the original game, fused with more recent gameplay styles, resulting in a mixture of elements which don’t quite gel so well together as they could have.

Due to the nature of the AI it’s often more credible and challenging to aim for pure stealth (where the game direction allows) as this seems to be the more refined gameplay element. Creeping around with a silenced pistol, noting enemy patrols and performing headshots from cover and the odd hand to hand take down, feels very much a rewarding aspect. There are other tweaks and options available to you including an interesting 007 Classic difficulty which has no regenerating health and collectible body armour only for your protection. It’s a nod to the original but due to the nature of the AI and the sometimes aggressive nature of your opponents is pretty tough like it should be.

There’s also the return of extra mission objectives the higher the difficulty you play. These are all listed as optional which is interesting, but then again, some are helpful during the missions and others less so and possibly requiring you to go out of your way or take risks to obtain. Definitely a neat addition and true to the original game, but more importantly, offering a little bit of replay value as well.

The graphics are bold and reasonably detailed, but lacking the texture fidelity of more recent games and showing off some older techniques which give the game a certain aged appearance – disappearing bodies in the player view is very old school. There’s a real emptiness at times, and when viewing beyond the immediate surrounds some very lacking details indeed. The character models are very well produced – the leading characters at least – and animate and move pretty smoothly. It’s just a shame overall the game feels like a bit more of a polished port of the Wii version. What’s very sad is seeing a cut scene which was clearly taken from the Wii version and used here, looking muddy and horrible in contrast to the rest of the game’s appearance. Obviously some concessions were made.

The audio features the now usual voice cast for Bond games including Daniel Craig and Dame Judi Dench to name two of the game’s biggest stars. The performances are adequate and expected, and are only as good as the script given, which for the Bond character isn’t that much . With the story tweaked from the movie and the lines delivered to suit, there’s no real comparison to make. The voiceover work is neatly wrapped in pumping Bond theme tunes and musical score which suits the more modernized flavour. It would have been wrong to simply lift the tunes from the N64 game, although those of you with a keen ear might spot some influences crossing over from the original which is a nice touch.

There’s a single player campaign on offer here which provides some 14 missions to sink your teeth into on multiple difficulties. To add to the carnage there’s an additional MI6 mode which provides stealth, defence and elimination challenges using maps from the main game and multiplayer. The single player won’t take long to complete, but with all the extra mission objective and such like has some replay value. The MI6 mode seems a little too long winded and not really a mode you can drop in and out of as some sessions can last in excess of 20 minutes.

As with the original there’s a multiplayer mode via splitscreen or on Xbox Live. Sadly, there’s not loads of players and so finding games isn’t the easiest task. There’s a good selection of game types to mess around with and the gameplay is reasonable, but lacking speed and seems a bit basic. Still, there’s enough to keep you entertained if you can grab a group of friends, and with loads of character models to choose from, at least is good fun locally.

It’s a tough call placing the Goldeneye name on this game where in all honesty a new title would probably have been more fitting. Whether Activision are cashing in on an old name, and old game is up for debate, but as it stands this latest Bond game offers no nonsense gaming that will possibly leave you a bit underwhelmed. There’s some decent gaming moments on offer at times, but a fair bit of roughness to wade through as well. In today’s age of shooters and the online crowds they clamour for, Goldeneye simply does not stack up too well against the more big budget games. A good game to play once all other avenues are exhausted.