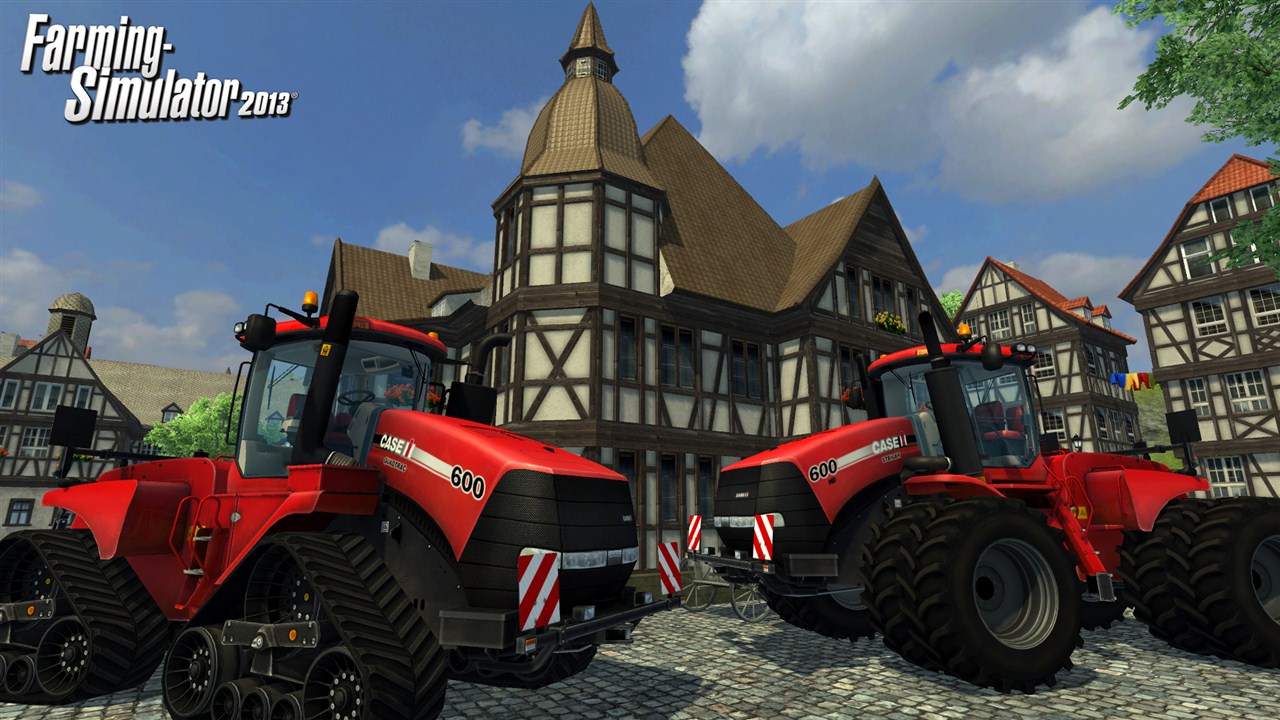 Farming Simulator is the brainchild of Giants Software under the watchful gaze of Focus Home Interactive and has seen success on the PC and now comes to console platforms. We’ve sunk many excruciatingly painful hours into the game, which we won’t ever get back, but those are the breaks. Take a look at our Farming Simulator video review for the full lowdown.

Today we’re taking a look at Focus Home Interactive and developers Giants Software’s console release of Farming Simulator which as the name suggests is very much that. The game offers an open world experience where gamers can undertake a wide variety of farming activities mostly centered around the use of various vehicles such as tractors and harvesters. It’s every country lads wet dream come true…well not quite.

Once players boot up the very small game which weighs in at around 250 MB, there are two options which are the main career mode and a not so handy tutorial. Playing the tutorials gives a basic run down of how to use various vehicles and their attachments, and is an accomplishment in itself to wade through the 11 sections. What’s a big shame here is that it’s a separate entity from the main game, so if you’re not paying attention or forget, then you won’t get much help in the main game – so will have to save game, quit out, and then hit the tutorial. This is just one of many terrible design choices the game has.

In the career mode there are several options presented to the player in terms of how they wish to achieve the ultimate goal of earning money. On one hand, players can buy plots of land and start the cycle of preparing, planting, harvesting and then selling produce. This requires some painfully slow driving of vehicles as you would expect up and down plots of land which to be frank is utterly boring. There’s an option to hire an AI to do some of the leg work, but this is hampered by the fact the AI only does part of the job, and often gets stuck for no reason. When the AI does work, it’s quite neat being able to auto switch to any vehicle you own and monitor its progress.

There are also a couple of side mission types which are a decent way to earn coin early on in the game. These involve picking up pallets using a forklift and delivering them within a time limit. The other requires more tedious driving to cut grass. What is really annoying is the fact that players are forced to drive at a seemingly snails pace to the locations rather than have the game use a system where the AI could drive for you making them highly tedious.

There are several underlying farming activities to get involved with including buying and looking after livestock such as chickens, cows and sheep. with the former allowing you to collect eggs on a daily basis and sell them. It’s likely that player will spend their time focused on one objective at a time due to the poor implementation of gameplay making things much more difficult and drawn out than they should be. Had the game adopted a more RTS approach, would have made the experience a lot more digestible.

One tactic available is to simply ignore all the slow paced driving and buy items which earn coin without having to do anything in return and then set the game speed to max. In fact, this is the best way to make money. Players can invest in beehives,  some solar panels or wind generators, and sit back and reap the rewards. Not that having masses of cash makes much difference as it only can be spent on more vehicles and bits of machinery to perform more rudimentary farming tasks.

Farming Simulator looks very dated but does sport some pleasant visuals when the sun sets. However, the game is very basic and things like vehicle handling is poor. There’s no hit detection either, so when driving or walking on foot in first person, it’s easy to just drive through any people who are aimlessly walking about. Even things like rainfall pass through into buildings which screams lazy development. That said, the renders of the vehicles and bits of the machinery do look authentic enough, with the game boasting quite a roster of vehicles to purchase and marvel at.

The audio is also under par with very little sound other than birds and the sounds of the vehicles. What is surprising is the fact that there’s no music, and given the tedium the game wants to throw at players, is a missed opportunity to present some toe tapping tunes to make this ever so slightly more bearable.

Gamers looking to sample everything on offer will find an expansive game that will eat up the hours and make you feel like you should be getting paid to play the game.  So in terms of value for money, there’s many days hours and weeks on offer. Players can deviate off the beaten track and hunt down horseshoes, but without any assistance on the matter – other than looking online – it’s a bit of a chore and not really worth bothering with unless you’re an achievement hunter.

To surmise, Farming Simulator is a niche game that’s tailored to a specific type of gamer who might enjoy the aspects of earning money through farming. However, due to the poor design of the game and sheer lack of user friendliness in any of the activities, is likely to only attract the most hardcore of fans. If you can stomach the slow pace and monotony then there is a game here…somewhere.  Giants should have simply repackaged the game and set it on an alien planet and gone for a bit of artistic freedom with the idea and may have then attracted a few more gamers into its fold. As it stands, what is on offer is simply too tiresome, slow paced, glitchy and boring to play, to the extent where it’s not recommended at all no matter what price it’s being offered at. A few tweaks of the gameplay to make it  a more user friendly managerial type game  could have worked but this isn’t happening here.  If you want to enjoy farming and gaming, then there are several games that do a much better job.