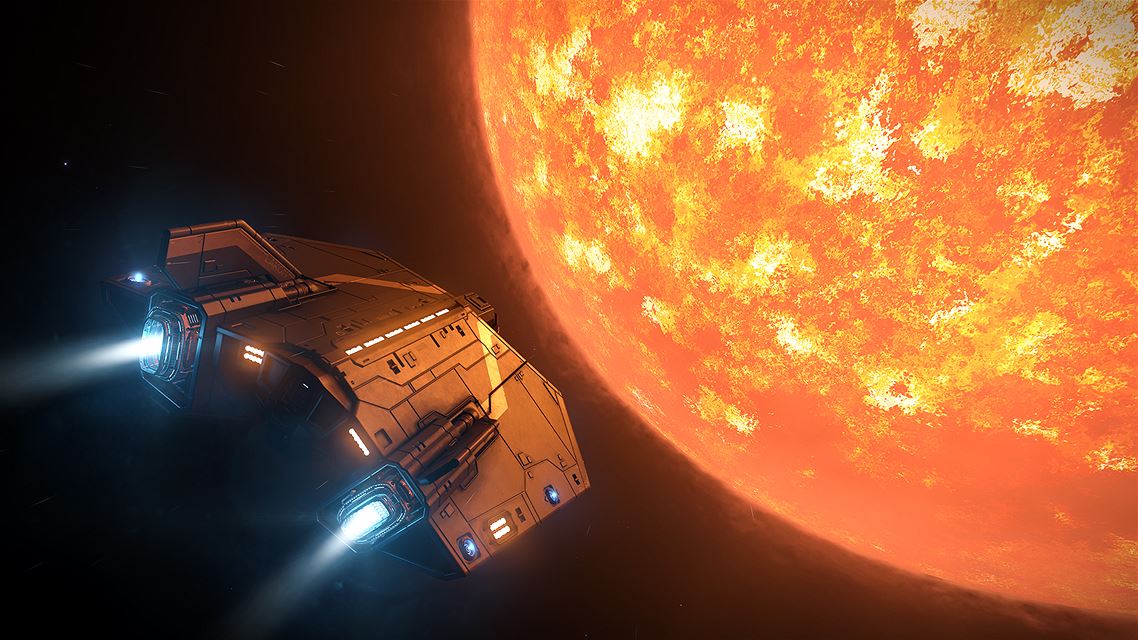 After spending plenty of hours in Frontier Developments’ open ended and far reaching space sim Elite Dangerous and biting the bullet several times amongst some relatively minor successes, I can only conclude the game is a load of w***. It’s an abominable nightmare of a game for anyone but the most die-hard of sci-fi adventurers who have more time than anyone to sit and learn the game after reaching double figures in hours playtime. In a nutshell, this is one of the most inaccessible games I’ve ever played.

Gamers can start by going through some lengthy tutorial missions although if you want any hints you’ll have to click out of the game and watch videos on Youtube which is a bit of a liberty. Once you’ve got to grips with piloting your ship, the tutorial then decides to simply undermine your ability to function as a gamer and hand you a nice big plate of ass-stomping. Yes that’s right in the damn tutorial, to the point where it’s advised to simply skip the latter part of the tutorial and just jump right in to the main game and hope for the best. 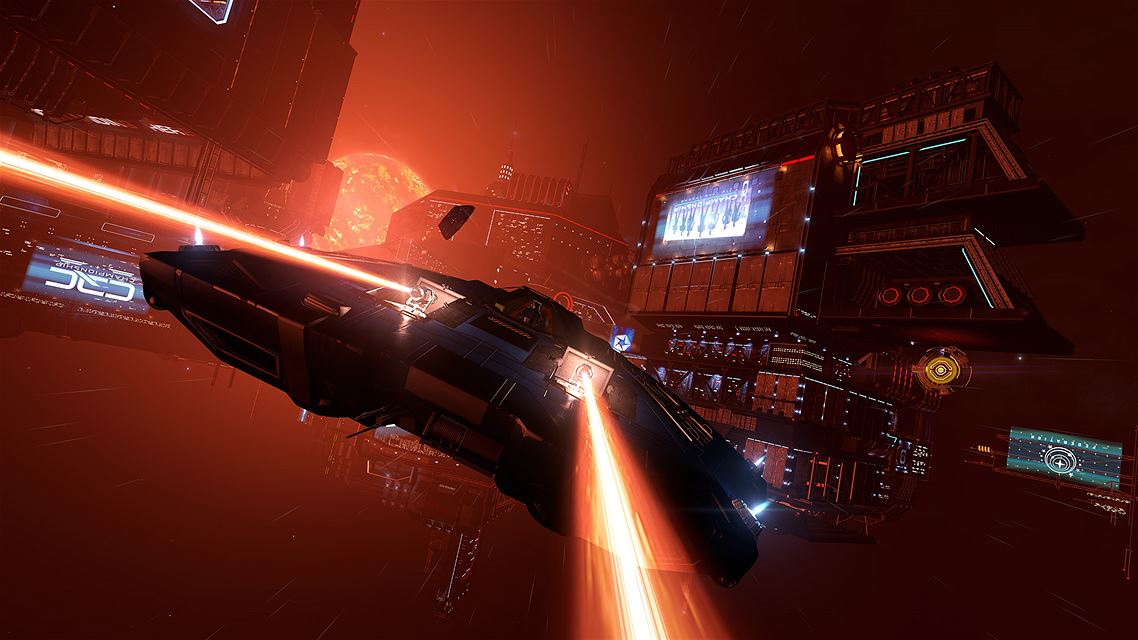 In its defence, Elite Dangerous offers an impressive Galaxy to explore which at first is daunting and so expansive you’ll be bowled over by its complexity. The map is a navigational nightmare making one’s eyes bleed trying to understand what is what and where to go. Frontier simply says here’s our universe now go forth and plunder, except the lack of any real guidance is a killer for new players. You’ll begin your adventure in a star-port and can undertake a couple of missions in your Sidewinder craft but due to the completely vague approach to easing gamers in, you’re pretty much left to figure things out for yourself which is archaic and unnecessarily punishing for anyone who wants to jump in for a bit of fun. Sure, players can head out into space and procure some items or deliver goods as part of a transport mission but there’s no structure here to indicate what’s possible or not in your first hours of play. Want to go and shoot up some pirates or lawless craft, you can do that but run the risk of being blown to pieces within moments due to unwieldy controls and being outnumbered or outgunned. Should you be lucky and stumble upon a lone craft then your chances increase and some rewards can potentially head your way in the form of credits (which can be spent on upgrades, goods and new craft). 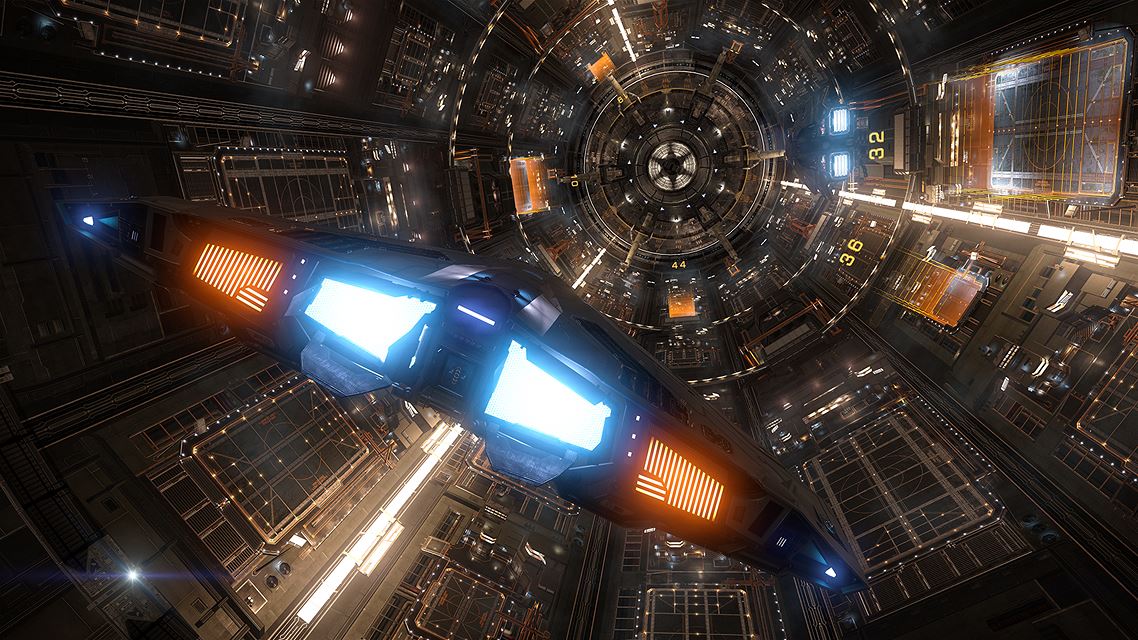 There’s no denying that once you begin to feel accomplished and making some headway – albeit very slowly – you can start to feel like a space adventurer in your cockpit with all the menus, HUD and tools at your disposal. However, your potential actions are very limited to begin with so if it’s a specific role you’d like to play then expect to work hard to get to the basic requirements. You can opt to be non-hostile but you’ll spend an age travelling from one system to the next, docking, rifling through menus and then repeating the process. For the impatient this game is simply going to evoke boredom pretty fast.

In terms of visuals Elite Dangerous nails the cockpit view and the expanse of space with everything you’d expect to find in the galactic sphere. Massive planets, giant suns, asteroids and sprawling space stations are all represented with great attention to detail that fully immerses the player. Audio backs up the visuals with excellent enchanting music, great sound effects which really put the player into the role with neat touches of thruster engines and warp speed sounds, warnings when behaving badly in star-ports and many audio cues to help players along the way. 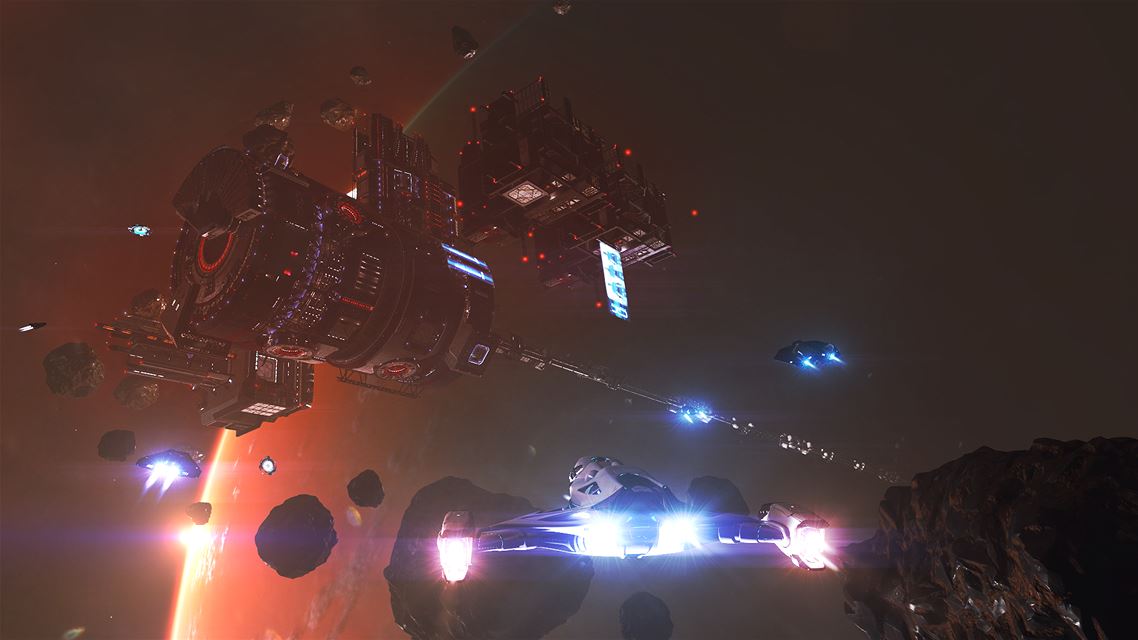 It’s perhaps impossible to put a time limit on this game because it’s almost infinite in its expansiveness. You can opt to purchase a fleet of craft or become the most wanted but with so much to explore and do you’ll be hard pushed to see everything on offer here. You can only go as far as you’re willing to take it and that’s a pretty decent approach for a game of this magnitude. The only real potential pitfall here is the online requirement which means if the servers are down then you’re effectively locked out of the game despite there being an option for solo play for those who want that. 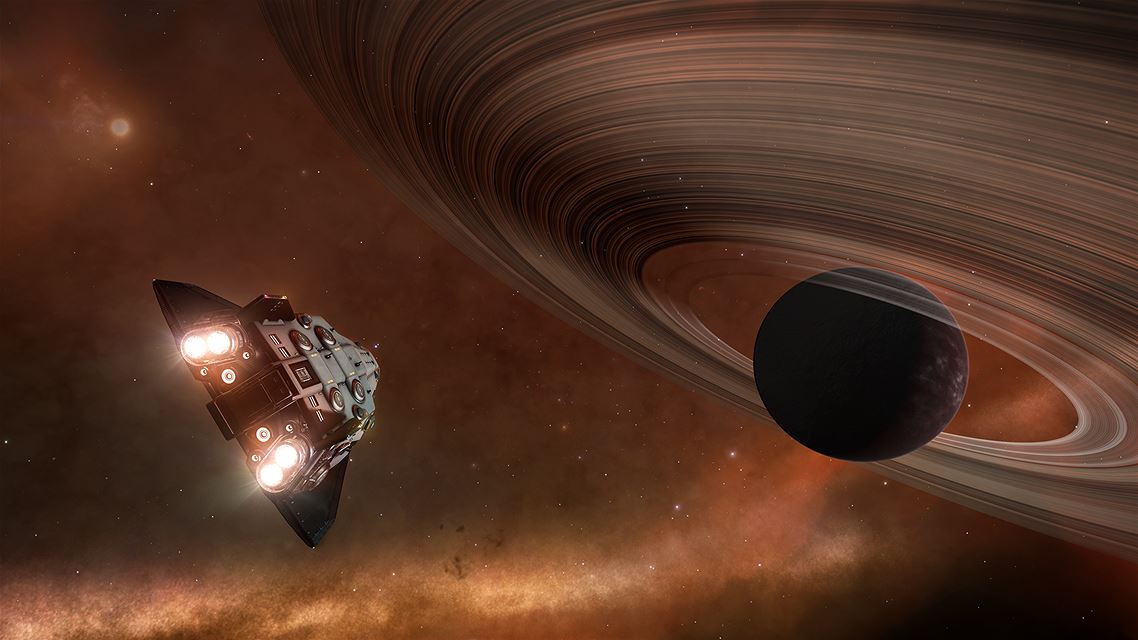 Elite Dangerous comes to Xbox One as an impressive feat which is converted from the PC pretty well. However, as a game it requires much time investment and patience. If you’re out looking for a quick fix space shooter then perhaps this isn’t for you because this game is so much more than that and with a lack of any sort of narrative or direction for the player means you’ll simply be shooting things for the sake of it. If however you’ve got an open mind to explore and create your own adventure coupled with a lot of patience and time on your hands then this is a remarkable offering which will keep you hooked for days, weeks and months. Anyone else though might find a dull experience lacking in character that puts you in your place before you’ve even begun leaving you gasping for something far less nerdy and much more accepting.