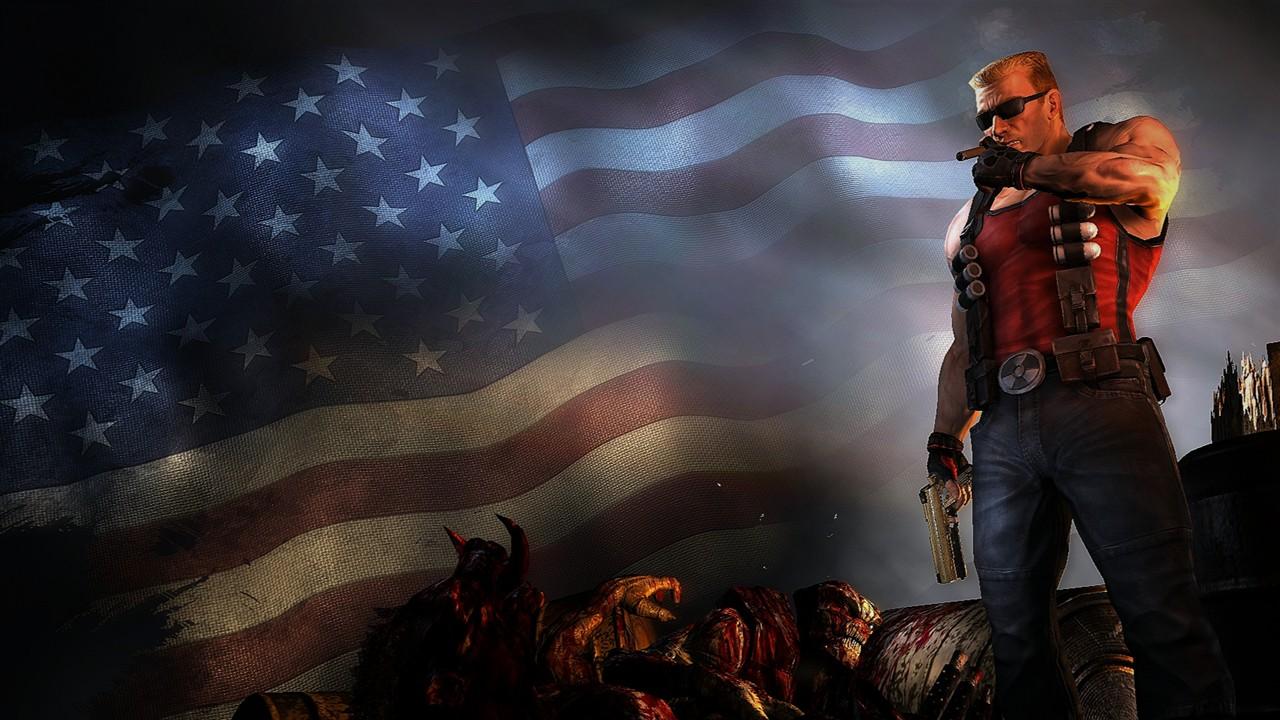 Well it’s been 14 years since Duke Nukem 3D and with a few other games thrown in to satiate gamers thirst, it’s only now that 3D Realms’ wise cracking first person shooter gets a true sequel. Its development road has been steeped in trauma, and even the teams working on the game have changed hands a few times which brings us bang up to now with Gearbox Software finishing what 3D Realms started way back when. Duke Nukem Forever became the butt of many an industry joke, and fair play, it deserved it. Now we’re in 2011 and the game has finally been released the question remains are you a big enough Duke fan to enjoy what’s presented or have you grown up a little in the 14 years, and have been spoiled by big budget shooters of our current climes?

So, Duke is back alongside the adolescent toilet humour to go with it, however the gameplay has changed a little. Sure, you’re still picking up familiar weapons from Duke’s earlier offering and shooting the hell out of invading alien scum who are stealing hot human chicks ;but the emphasis seems to be on linear navigation with the odd bit of lateral puzzle solving thrown in for good measure. You see, the core game has taken a sharp turn into the modern era and in some ways loses some of its charm. For starters, Duke can only carry two weapons now instead of having infinite pockets. This changes the pacing and means that looking around the levels for that illusive shrink ray or RPG is no longer a requirement. The health system has also changed, where gone are the medical kits of yore in favour of a regenerating health system as employed by most shooters these days. OK it works, but the beauty of Duke Nukem 3D was being able to explore and find health packs when things got a bit tight after a gunfight left you with less than 10 health points. This element has completely gone and just means the levels don’t require any sort of exploration – you’ve really got no need to what with the two weapon limit and a health bar that’s always full.

To make up for this, the game allows you to increase your maximum health by interacting with various objects. Things like playing pinball, doing a few bench presses, or even flicking through a naughty calender are the sorts of things you can interact with. Whilst these are amusing elements, they are rarely hidden away where you really have to hunt around for them. Shame. The game also features a lot of movie references and stuff you might not notice if you’re just running through the levels, although you will be made fully aware of the various exposed breasts of women littered around the game which will no doubt appeal to the childish and pre-teens (who shouldn’t be playing this game anyway but probably will). Heck, older gamers might even manage a slight smile on occasion.

Aside from the level navigation which at times is vague and might leave you pondering for a few moments – there are no waypoint markers here – you’ll be faced by the various alien scum bags which come in few varieties. It’s hard to describe them as AI because generally you’ll be overwhelmed by force rather than clever enemy tactics. Aliens do move around, avoiding your returning fire at range, but with carefully placed shots do drop fairly easily. There are also the power-ups which Duke can use to help turn the tides in your favour for those moments where you’re suddenly swamped by jumping alien pigs! Overall, gun-play is satisfying and with the option to dismember foes makes the combat visceral and pleasing on the eye.

Duke’s journey also allows him to take control of vehicles from time to time and these moments feel a bit too drawn out but do break up the first person element. Handling isn’t very tight and in all honesty you’ll want them over not long after they’ve begun simply because they are dull in comparison. Fair play to Gearbox for trying to mix things up, but in this case it doesn’t work as well as it could have done.

Duke Nukem is a mixed bag in the visual department because in some cases there’s some real neat light and shadow effects when in the tight confines of dark interior locations. However, step outside and you really do feel like you’ve stepped back in time a few years. The graphics are basic and could really have done with some higher quality textures to bring it into the modern age. Looking at things like posters and seeing pixilated images just reeks of lazy programming and even if deliberate,is more self harming than good and is perhaps going to be lost of the majority of gamers. The frame-rate also chugs pretty badly on occasion which is not very acceptable at all considering the game should not be pushing the hardware as much as some more modern games which run silky smooth. The graphics just scream lazy, which is a shame as a bit more polish could have heighten the experience.

Another mixed bag because the audio isn’t that great either and seems stuck in the past. The driving force seems to ignore the music and focus directly on Duke’s wise cracks over everything else. These are humorous for the most part, but after a few hours play their effect diminishes quite rapidly. It’s probably quite subjective, but there’s only so many times “Hail to the King Baby!” is going to make you smile.

The single player story will last above average hours maybe around eight for competent gamers who are not rushing and playing on default settings. You can replay each chapter to look for items of interest you may have missed as well as earning achievements, but whether you’ll want to is a different matter. You see, this is a game where once you’ve beaten it there’s little in the way of incentive to want to experience it all over again, and there are really no levels which impress enough to warrant a revisit.

To make up for the shortcomings of the solo campaign there’s an online multiplayer which features the usual competitive modes of play you’d expect from a shooter. It’s limited to 8 players, feels tight, but is so basic that it’s not something you’re going to want to sink days and weeks into. The multiplayer is fun in small doses, and you’ll unlock extra gear for Duke so as to stand out from your peers, there’s also Duke’s Apartment which acts as a virtual progress report which is quite good.

Forget how long this game has taken to arrive, forget whether you’re the biggest Duke fan on Earth and willing to overlook the game’s shortcomings, ignore the fact that the game might be parodying itself and just look at the package on offer. What you’re left with is an interesting first few hours of solo gaming that quickly becomes old. A few boss fights later and the last third of the game degenerates into a tired corridor shooter that isn’t inspiring at all and certainly not up to par with most if not all games released in the last 5 years. Whilst there’s bound to be some appeal for fans of the Duke character, even those fans are going to have a hard time squeezing out huge amounts of fun especially when the game starts being cheap and you’re left looking at an overly long loading screen – which are some of the worst in a long time.

Duke Nukem Forever should have been released as an XBLA or PSN game for around 1600 – 2400 points which then you could have overlooked the fact that it really cannot compete with the big boys. There is fun to be had here if you’re a Duke fan, but whether it’s worth the price of entry is debatable and whether it was worth the 14 year wait is something for the history books to document. As it stands, Duke Nukem Forever is a shallow and uninspiring game that doesn’t take itself seriously at all which ultimately becomes its undoing. The game really needed a complete overhaul to make it work and with Gearbox effectively tidying up old code the project has failed miserably. It might be easy to say that “you’ve missed the point”, but the cold hard facts are laid bare for all to see; this is a below average shooter at best and one that if you’re going to pick up, wait a month and grab it from the bargain bin for a more respectable price.