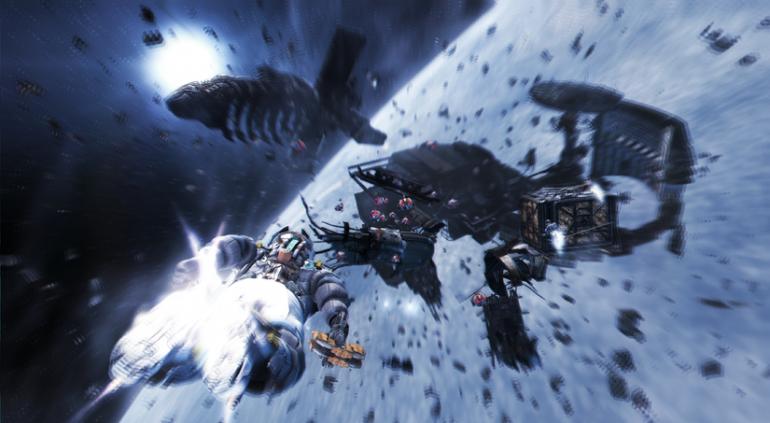 Our favourite tech-guy and Necromorph dismember-er, Isaac Clarke, is dragged back into the fray – rather reluctantly – for his third outing in Dead Space 3. From the off-set it’s immediately clear that the horror of Dead Space that long-time fans have grown to know, love and have sleepless nights over is taking a back seat in favour of action. Nothing quite screams action like lots of guns, getting shot by marines, rolling around and getting in cover – that’s all now an integral part of the Dead Space 3 formula, for better or worse.

With two heart-pounding games behind him, Isaac has been taking a well deserved break back on Earth, far away from the dead of space; that is until he has his arm twisted to put his Marker knowledge to use, and to check in on love interest Ellie, who just so happens to be snooping around the now found Marker home-world; the very cold, and snowy-filled planet of Tau Volantis. Sounds quite horrifying, doesn’t it? You should be relieved to know that there’s still plenty of space stations with creepily dark and moody corridors to explore as well – and elevators, lots of elevators. 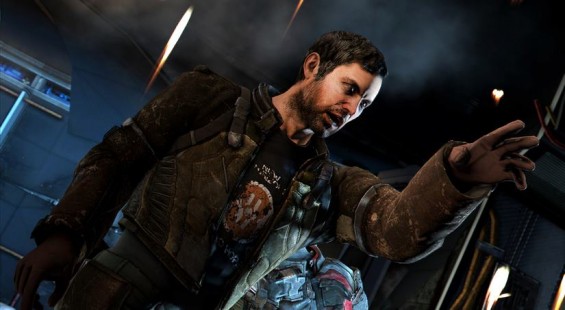 The story revolves around this icy-planet, and what one pony-tail wielding mad-man has in mind whilst visiting, and more importantly what Isaac and crew can do to stop him. It’s all rather generic, simple and quite clear-cut in comparison to Isaac’s prior escapades. The story may not offer up much in the way of surprises or substance, but in typical sci-fi movie fashion it revolves heavily around your crew – and now – lots of action.

Regardless of the new action focused nuances, it’s still very much Dead Space, though a heavy focus on action over the traditional horror, the game does still remain grounded and methodical in its pacing. The action focused features from the mentioned rolling and cover elements to more powerful weaponry; this does take the shine off the old Plasma Cutter and dismembering to a degree, though the new features while rather generic on paper, they do serve to spice up the combat considerably.

While there’s moments where Isaac will be going head on or making use of cover against groups of marines that are blasting lead in his general direction, that aspect is certainly as common as any shooter before it, though the use of Kinesis and Stasis does give Isaac the edge.

It’s not so much the head on battles against marines or Necromorphs, it’s both, it’s when you’re battling marines and the Necromorphs come into the fray, and suddenly not everyone is attacking you, but each other, and this provides ample opportunity to experiment with your latest crafted weapon, or to just make a run for it. The Necromorphs have some new additions to boot, giving a greater variety to types of monsters you can expect to face. Rather disappointingly though the same can not be said for boss encounters, which while they can prove a visual delight, they offer no real challenge and are borderline basic.

Dead Space always has a tendency to shine with both visual and audible delights and Dead Space 3 is no exception with such a drastic change in visiting this icy planet, there’s certainly well lit environments, blizzards, stunning vistas both in and out of space, as well as of course the expected assortment of corridors with flickering lights and smeared blood. All of which is complimented with satisfying sounds of screams of anguish, only some of which will be from Isaac and co.

While multiplayer was introduced in the previous game, Dead Space 3 features no competitive modes to speak of – though it does have one common, yet uniquely implemented feature in co-operative play. It’s no longer Isaac as the centre of attention on his solo heroic journey against Necromorphs; he is not alone, as is evidenced now by the all new co-op mode. This introduces a brash and cocky military type, Sgt. John Carver, who fights alongside Isaac throughout Dead Space 3’s co-op mode.

Isaac’s third outing can still very much be played solo and without the AI partner to hold your hand, though in co-op, it’s still very much the same experience, but subtly tweaked to make Isaac’s new co-op buddy’s presence much more prominent. Carver will feature in many of the game’s cutscenes alongside Isaac, and naturally is present throughout the entire campaign with additional and revealing banter thrown in. If playing solo then Carver is essentially erased from the bulk of the game and storyline, in co-op however he does have demons of his own to face.

The co-op implementation is not only rather clever, it’s also something very unique and quite imaginative. While Isaac Clarke and John Carver may be fighting alongside each other, they too can each be having a very different experience. Carver may be having some form of mental breakdown, and start to see, hear things that aren’t there. One player can experience this while the other watches on and ponders why you’re staring at a dusty crate and what this cake is your babbling on about, and that’s just chatter over the headset with your team-mate, where as Isaac and Carver may have similar choice words with each other.

If there’s any disappointing aspect to Dead Space 3’s online features, it’s that there’s not more of it. While multiplayer has been dropped in favour of a co-operative campaign, which we certainly welcome, however a survival/arena mode where solo or co-op you could try and survive for as long as possible against a variety of Necromorphs and Marines, that would have surely made for an interesting addition to round off Dead Space 3’s feature-set. 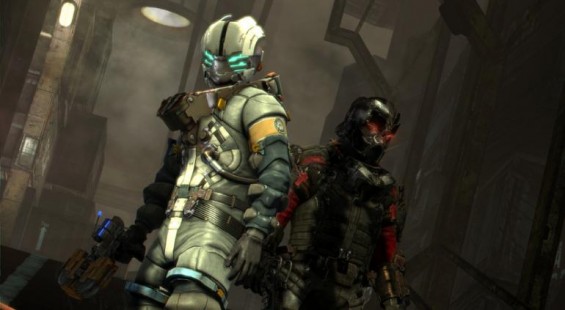 The action direction may be an attempt to broaden appeal, it certainly has a knock on effect, though in hindsight it’s mostly welcomed. It’s difficult to say if the emphasis on action and co-op has deteriorated this great horror franchise; certainly the single-player experience is not as memorable as its predecessors, though it’s ultimately the co-op that makes Dead Space 3 memorable.

Do not assume that this is a single-player game with co-op tacked on – much in similar vein to the great iconic horror of Doom 3, it’s not. Dead Space 3 is clearly designed first and foremost as a co-operative game and that’s where it’s ultimately at its best which may be much to the dismay to the solo enthusiasts.

Quite frankly, Dead Space 3 is the most thrillingly unique co-op game ever made. I can’t think of any other game that makes players question what each other is experiencing when they’re actually stood right next to each other in the same room.