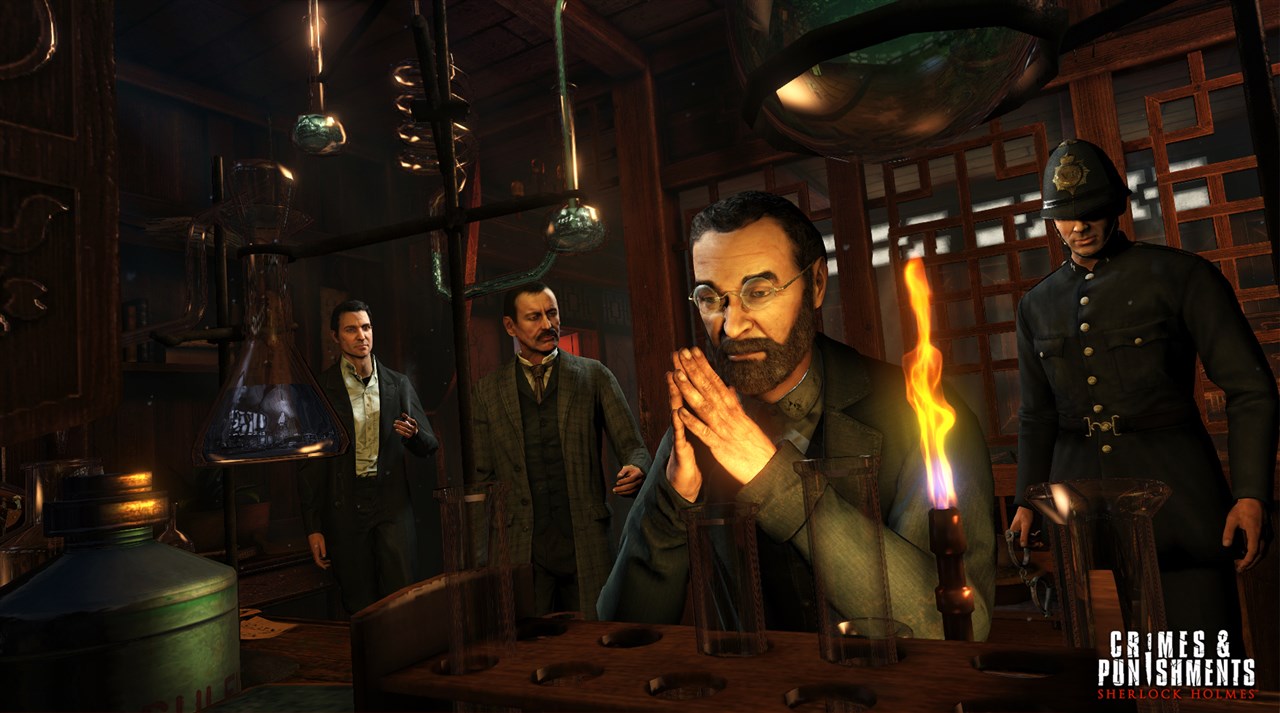 Frogwares has today announced that its forthcoming crime thriller, Crimes & Punishment will not only be heading to PC, Xbox 360, PS4 and PS3 in September 2014 but will also be heading to the Xbox One. To mark the occasion, some new screenshots have been released. For more information about the game, head on over to the official website.

Crimes & Punishments marks the most important stage in the Sherlock Holmes series. The decision by Frogwares studios to switch from the in-house engine to the Epic Unreal Engine 3 enables a much richer, more immersive and detailed rendering of both the environments and characters.

But the change of game engine has not only improved the graphics; new investigation techniques have been developed and the game can now offer 14 game mechanics. From the opening of each of the six investigations up to the arrest of the culprits and the moral dilemmas faced by the players, the new game mechanics convey the feeling of BEING Sherlock Holmes. Players will therefore be able to exploit the incredible gifts and talents for which he is renowned, such as his ability to guess the details of an individual’s life simply by observing them, or to imagine and reconstruct a past event by studying the key features of a crime scene.