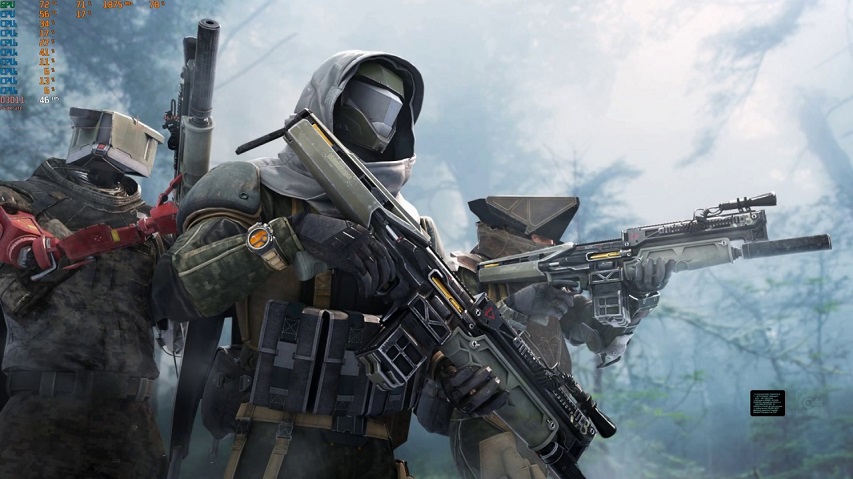 Developer The Bearded Ladies had success with their turn-based strategy game Mutant Year Zero: Road to Eden on consoles and PC. The team released a new game entitled Corruption 2029 which follows a similar path as Mutant Year Zero (MYZ) but set within a new future American dystopian story. What this effectively means is, your character has some presence as the operator of field-agents. In this case three units under your command. No human lives are lost here as each character is an automaton of sorts.

Lore aside, the game plays pretty much identically to Mutant Year Zero. If you’re familiar then you know-the-drill. For the uninitiated though what’s neat about the game style is the option to go stealth to weed out lone enemy stragglers before engaging fully. Players freely move around the map in a normal or stealth cloaked mode at the touch of a button. This doesn’t mean you can just waltz behind enemies for stealth KOs, it simply allows you to scope out the map first before engaging. Whilst this approach worked wonders in MYZ it’s not so easy in this game. Corruption 2029 comes billed as a tough game for experienced tacticians, but what this generally translates to is less stealth options and enemies which over-power your squad. One wrong move or bad spin of the RNG and it’s game-over and a restart. That is perhaps quite frustrating at times. Whilst the game does provide an auto save after every stealth kill, if you happen to alert the main-pack then you’re locked-in to combat. It seems the game is against you from the get go.

Players can acquire new abilities upon completion of missions which help greatly (some more useful than others). New weapons unlock as well such as silenced weapons. However, don’t think once you have acquired silenced weapons it’s all plain-sailing. No, the game seems to counter this by upping the health of the enemies or placing them close to each other to avoid the lone take-down. Regardless of your stealth attack, the enemy becomes alerted if too-close to a shot body (as you would expect). What generally happens is the enemy health is too-high for a take-down in one round where all three of your characters can take a shot before it all kicks-off. Frustratingly, for most of the game only two of your squad have silent weapons which leaves the third out of the loop or shooting and making too much noise. As mentioned, the two characters with silent weapons aren’t powerful enough to take out most enemies by themselves. See the dilemma here.

Another issue which is pretty poor is how enemies can dig themselves in, to evade being shot. Whilst on paper this is a valid tactic and something your team can use also, visually it looks odd. Your character can stand feet away from the enemy and have a measly 0 – 25% chance of hit success. Again, it’s frustrating and takes the fun out of the game. There are too many annoyances which add-up to a game that’s rather hair-pulling at times under the guise of “difficulty”. We could go on about the annoying features that sap away the fun, only to suggest this is for those who like unreasonable odds. Sure you can slog away at this game over many hours like we did but even with an understanding of its systems, still doesn’t play-nice most of the time.

Visually the game looks fantastic though with neat destructible environments featuring organic and man-made structures. The interface is good and everything works a treat for the eyes. The same can be said of the audio which comes in functional and non-intrusive.

Expect to get your monies worth here over three main campaign trees and plenty of options to replay each level as you see fit. A nice touch is returning to pick-up some medals which have pretty tough requirements. Some are fairly easy to aim for such as get X stealth kills or use no medi-kits whilst others are a little trickier to acquire. With some missions lasting close to an hour across several zones you can expect to rack up the play time.

Is Corruption 2029 worth picking up then on the Epic Games Store? Yes and no as it’s relatively cheap for under £16. Fans of Mutant Year Zero will find this familiar ground and lap-up the change of difficulty. Tactical fans who like XCOM etc. might find it interesting to play. Anyone else looking-in will find a game that excites and frustrates in equal measure. With a bit of refinement though this could be a really neat tactical game suitable for all players, as it stands it’s just hard to wholly recommend to all but the hardest tactical players.