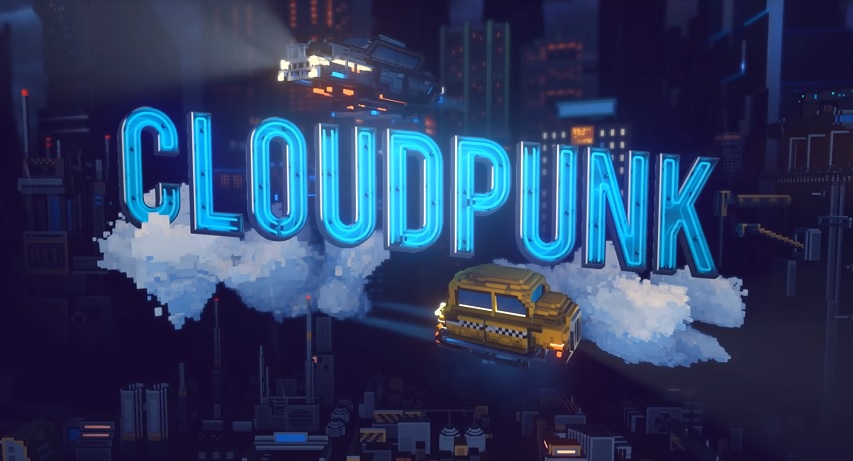 The long-awaited neon-soaked driving adventure game Cloudpunk released on PC last week. It comes from indie developer ION lands and offers a story-driven cyberpunk themed experience. But is it any good and worth the asking price?

Today we’re taking a look at ION Lands eagerly anticipated cyberpunk themed story-driven adventure game Cloudpunk. To begin, you play as newcomer to the futuristic city of Nivalis, Rania, a driver-for-hire who begins her adventure working for the secretive Cloudpunk organisation. It’s her first night on the job, but rather than just undertake deliveries for all and sundry, she becomes embroiled in a number of situations that point to underlying problems within the city. No spoilers here.

For the most part, the biggest draw Cloudpunk offers comes from the wonderfully designed city. The voxel-based design looks and feels exceptionally well-crafted as it evokes feelings of Blade Runner and many other metropolis themed sci-fi city-scapes. Being able to freely fly around in your hover vehicle and not just on a singular plane either, grants the player an immense feeling of freedom. Rania can also land at various parking zones and get out on foot to explore, adding another layer to viewing the city. All’s good then. Well not quite.

With an obvious attention to detail with the design of the sprawling city the gameplay seems to have less attention lavished upon it. Now before we start to break this down there are a few things to bear-in-mind. The game comes developed by a small indie studio with limited resources. The price of entry is pretty cheap considering the amount on offer here (currently £15.29). The game comes presented as a finished product rather than an early access release. With all that said, the developers have gone on record to suggest they plan to add more to the game. So, take that as you will. As it stands as of today though and for this review, the game offers a story-driven experience where players move from one person to the next performing simple fetch or drop-off quests. That’s pretty much the basis of the gameplay.

Cloudpunk’s populace are presented as a varied-bunch of cyberpunk humans, androids and regular non-augmented folk. But secret societies and other inhabitants live throughout the segmented zones and underbelly of the city. Interestingly, all characters have voice actors of varying quality and some offer more interesting stories than others. For example, one character needing transport was a famous pop star with a story similar to the Black Mirror episode featuring a particular Miley Cyrus Doll. Again, no specifics here unless you’re familiar with the episode. It also came as a massive shame when one of the more impressive story arcs only appeared in the latter portion of the game. In this regard the game felt too long-winded, perhaps relying on filler content to prolong the play hours. Some non-skippable conversations with your companion AI dog seemed to drag-on needlessly as well and often prevented progress until finished. To be frank, the AI companion character relationship was least interesting. The dog didn’t really fit the sci-fi theme so much, not even as a Muffit stand-in (bonus points if you get the Battlestar Galactica reference).

The ground exploration feels pretty simple, but it’s here where Rania collects items left on the ground. These are either quest specific, or sell-able to the various vendors who wander most landing zone areas. Rania can also speak with various key-people and pick-up additional quests along-the-way. Aside from some confusing navigation at times due to the multi-layered levels, and spinning camera angles, this aspect feels about right for the game.

The game’s biggest missed opportunity seems to be with driving the vehicle. Systems are in place for vehicle damage, and yet no mission exists where gangs or corporations try and ram your vehicle to scupper your missions. Rania, can refuel, upgrade and even repair her vehicle at specific stations around the city, but the only hazard comes from accidentally hitting inanimate objects or other vehicles. A shame then the damage and fuel systems aren’t expanded. The game also offers timed-missions, where you have to race from A-to-B within the specified time but theses missions are very late in the game and amount to just a handful. The game talks about illegal street racing, another element which could have given Rania an outlet to earn more coin for her efforts.

For the sake of the story, so much gets crammed into just one night on the job. The story could have easily spread itself over several nights perhaps presenting the city during daylight hours for some respite. In a way, as the gameplay stands now it fees like the basis for something much grander in scale.

In terms of length and value-for-money, for the asking price there’s a lot of content even if it’s somewhat repetitive. The fact ION Lands voiced most key characters is a huge bonus even if the quality in some instances isn’t as good as it could be. With a 10 hour plus story to work through, collectables and side-missions one cannot feel short-changed over the content on offer.

As previously mentioned, Cloudpunk looks like an ambitious project that needed rounding-off before it could be fully realised. However, as it stands you’ll find an interesting cyberpunk-themed story to play through, and then there’s the amazing city to just fly around. Toss-in some awesome music and it’s almost worth recommending the game just for these two aspects alone. If you’re looking for something different and bit out there, then you could do much worse than this. If you’re a cyberpunk or sci-fi fan then this is well worth checking out even if it’s to marvel at the city. Hopefully the developers add more elements as DLC or updates, in the future. If they don’t then at least they have a good footing for Cloudpunk 2 if that ever becomes a thing.