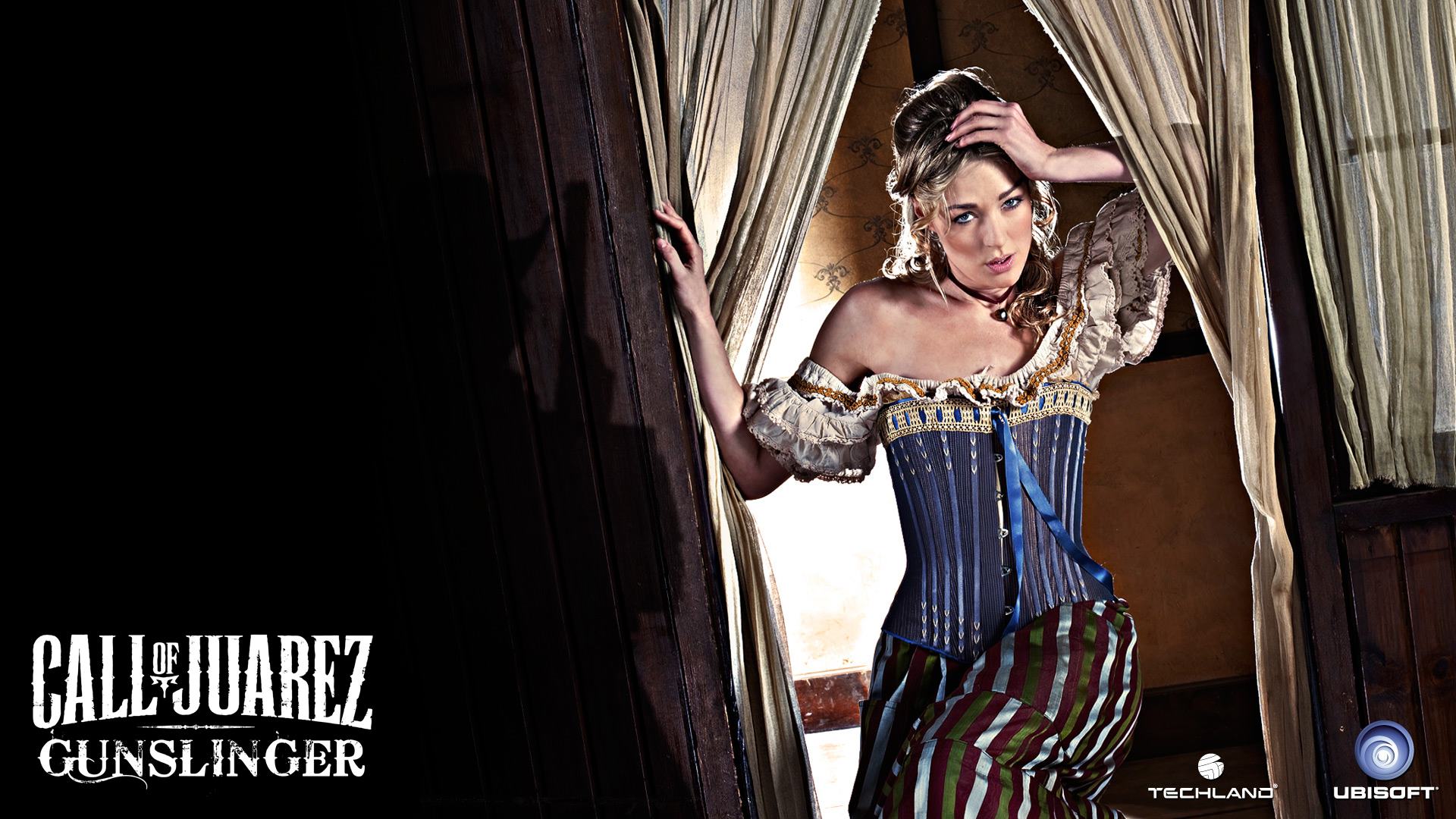 The Call of Juarez franchise has had its highs and lows since its induction to Xbox in 2007. After the last full retail flop of the Cartel many believed that the series would never surface again or at least they hoped so. Like any good publisher Ubisoft didn’t give up on the developer Techland, but scaled back their budget for the next Call of Juarez game and released it on the XBLA. Gunslinger hopes to rekindle that passion for the old west and shootouts by delivering all the goods in a neat little package, but for 1200 Microsoft Points is it worth dipping into your wallet?

From the start up your thrust into a retelling of Silas Grave’s, an Old West gunslinger, tale of extraordinary feats and revenge. While the story is very predictable, you’ll be hard pressed to find any old western where half way through you couldn’t predict the ending. Still the way Techland has Grave’s narrating the story with his authentic southern drawl to a group of bar patrons keeps the player engaged in the minor twists and sarcastic humor sprinkled throughout the 10 different levels. Voice acting is top notch for an arcade game and the animated stills you’ll see in the cut scenes tie in the account of the gunslinger with the fast paced run and gun gameplay. 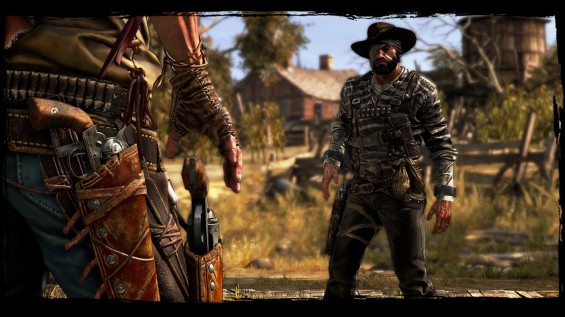 Call of Juarez Gunslinger isn’t trying to reinvent the series, but instead focus on the aspects that made it enjoyable to play. Players won’t be forced to do anything in missions other than shoot what stands in your way and rack up combos using your specialized skills from one of three skill trees and a limited arsenal of weapons. The controls feel tight allowing you to hone your iron sights in for those ever so rewarding headshots while hopping from target to target. At times it feels as if you’re in one of those old school shooting galleries as bad guys pop their heads out of cover giving you the chance to make it their last mistake. Each level is designed wonderfully allowing the player to sprint and duck into cover behind various objects, use of various heights, and additional paths to approach the situation at hand.

Gunslinger incorporates a couple other fun features into the game play permitting the player to slow down time. While in slow-mo enemies are highlighted in red making it easy to knock them down since they are standing still for a few seconds depending on how much time you’ve banked on your meter. The only way to fill the meter up once it is depleted is killing adversaries and the more you do it with style the faster it fills. Every player wants a second chance at positioning themselves the right way to avoid the last shot that killed them; well Gunslinger gives you that chance. In a quick time moment you are able to dodge either left or right depending on the bullets trajectory. There is also some use of button scripted scenes that if not done correctly will leave you in a hail storm of bullets. CoJ fans will be pleased to see that quick-draw duels are an important part of Gunslinger’s “boss battles.” With each duel you have the chance to draw early and become labeled a dirty, cheating bastard or wait on your opponent to force you to gun them down by reaching first where in you’ll be justified in your killing. 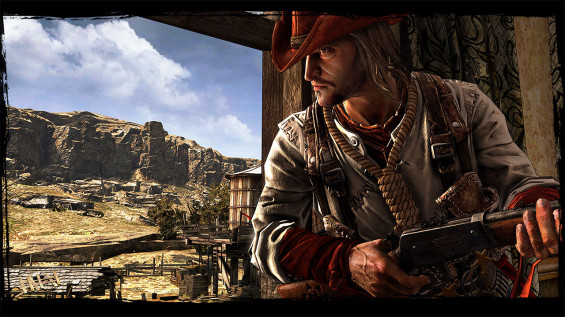 With the gameplay bestowing a ton of entertainment to the player it is easy to overlook the average aspects of Gunslinger. If you’re looking for cutting edge HD graphics you won’t find it here, but even with the vanilla visuals nothing is detracted from the game. Mission length isn’t spectacular, but keep in mind that it is an arcade game. Besides the story mode that can be played in three different difficulties, you’ll also be able to play an arcade mode where you rack up as many points as you can and also a quick

draw mode that allows you to sharpen your side shooting skills. With each of these different game types you’ll be able to compete against friends and the top players in the world via leaderboards. The main story will take around 5 hours to complete, but if you’re a completionist you’ll want to find each levels hidden “nuggets of truth.” Each of these truisms sheds some light on real historical icons like Billy the Kid and famous showdowns that happened before the industrial age engulfed the entire United States.

Even if you purchased Call of Juarez Cartel and have vowed to never give another CoJ game a chance to grace your television screen again, I’d recommend you at least give the demo a shot and after that you’ll be hard pressed not to purchase the full game. Gunslinger concentrates on bringing out the best aspects of CoJ presenting memorable characters, a tale spun by a master story teller (Silas Graves), and enjoyable gameplay. While the game won’t score a perfect score across the board there haven’t been many games on the XBLA lately that engage the player the way Gunslinger does. Don’t be scared about the price tag if you’re looking for a western that delivers on the fun factor because this is the game for you.