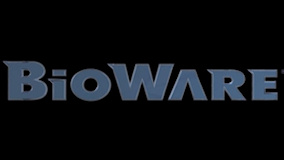 According to the blogs of Bioware’s co-founders Ray Muzyka and Greg Zeschuk they have both announced they are leaving the company although details on what they are going to do next are sketchy.

Here’s a quote from Ray:

“After nearly two decades in videogames, I’ve decided to move on to pursue an entirely different set of challenges. This has been an incredibly difficult decision to make; after thinking about it for many months, I made the decision to retire from videogames back in early April 2012 – at that time I provided six months’ notice to EA, to help enable a solid transition for my teams at BioWare.”

You can read more over here.

Here’s a quote from Greg, although his words could  suggest there is something else behind the scenes influencing the decision – like beer!

“After nearly twenty years working at BioWare I’ve decided it’s time to move on and pursue something new. This decision isn’t without significant pain and regret, but it’s also something I know I need to do, for myself and my family. I’ve reached an unexpected point in my life where I no longer have the passion that I once did for the company, for the games, and for the challenge of creation.”

You can read more over here.