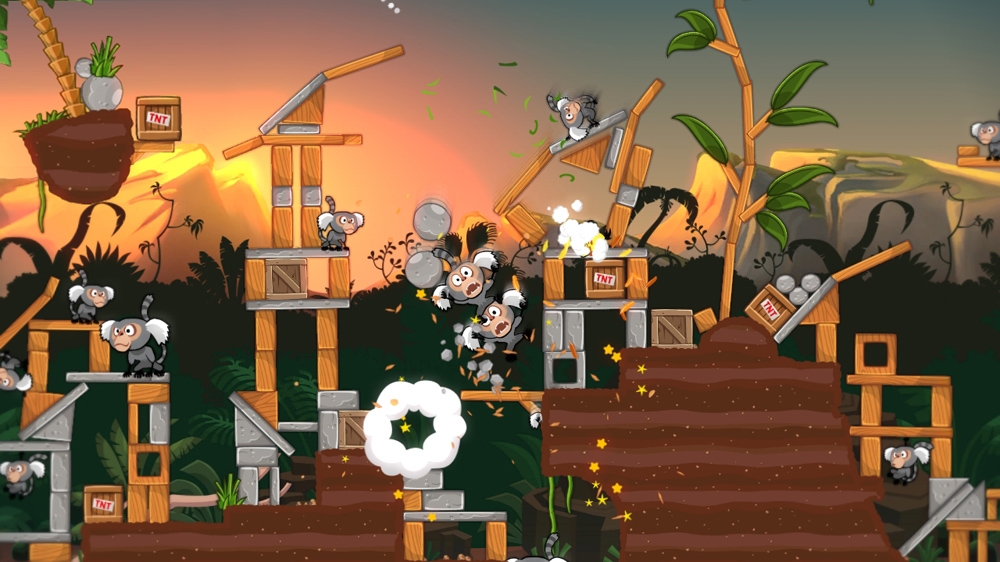 Angry Birds, a seemingly small game by developer Rovio, whom took gaming on the mobile to all new heights; it’s cheap, and addictive pick-up and play nature made it a runaway success in the mobile market. After several titles and updates, Angry Birds have landed on home consoles, in the form of Angry Birds Trilogy. The big question then is whether or not this pocket-sized touch-screen game can garner similar cheap thrills on the big screen, with or without controller in hand? 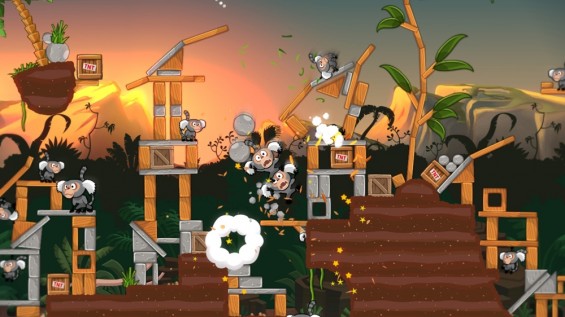 The answer is simple – no. Much of Angry Birds’ charm is in the pick-up and play nature of the gameplay, a game that you can pick-up for two minutes, best a level, and put your phone back down and that’s in large a credit to the simplistic controls that touch-screen displays offer; that experience is somewhat attempted to be replicated for Xbox 360’s Kinect sensor, and its main purpose is to have that purple banner on the box. It supports Kinect, but Angry Birds is by no means any better for it, in-fact it’s worse, much worse. Kinect causes more problems than it’s worth; while the concept is sound, and with the prospect of new hardware in the near future perhaps it will soon be better realized, but for now, tracking one’s hands is simply not enough, and ultimately makes for a more painfully slow experience.

Fortunately, the Kinect addition that shouldn’t have been present to begin with is outclassed by that hunk of heavy plastic that you hold in both hands, that’s right, the thing with buttons and sticks on it – the trusty Xbox 360 controller enables you to play this addictive portable game, and its controls have transferred over seamlessly to the Xbox 360 pad, giving that sense of intoxicating pick-up and play nature that Angry Birds is all about, and it plays and controls as well as, if not slightly more intuitively than its mobile counterpart. 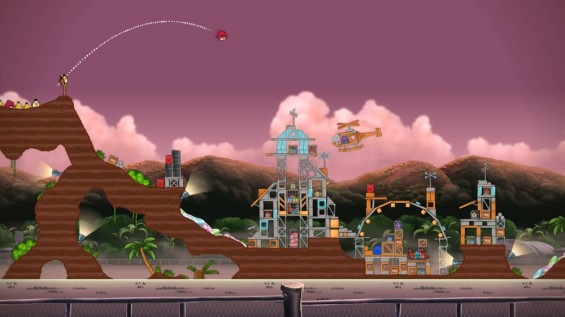 The downsides, and there’s a few of them, is that Angry Birds originally is a game designed for a gimmicky playing mechanic, and on mobile devices it’s fun and it works. We have our gimmick on Xbox 360, and frankly it does not work, the controller makes for a great substitute, and one that otherwise works remarkably well for the task in hand.

While there’s no denying that mobile is the birth of this Angry Bird, and where for the majority is even where it’s best played, but if you’ve got some time to spare then Angry Birds Trilogy on the big screen, with its crisp and vivid HD visuals and crystal clear audio certainly makes for a better time spent.

Perhaps the most unforgiving aspect is that Angry Birds Trilogy is a standalone experience on your console. The majority of us have mobile devices in one form or another, and in an age of digital distribution and cloud gaming, this can be considered a missed opportunity for what is the mobile market’s most recognizable game – where’s our cross-play?

It’s shocking enough that this title is on console only via. a retail game disc, it would have been logical to include a code in the box to unlock these games on mobile devices and sync your save progress via. the cloud. For example, Windows Phone/PS Vita users could play on the move, unlocking achievements as they go, save their game, and continue on the big screen at home. That’s quite surprisingly not the case though, considering there’s typically some long code to redeem shoved into nearly every other game’s case. 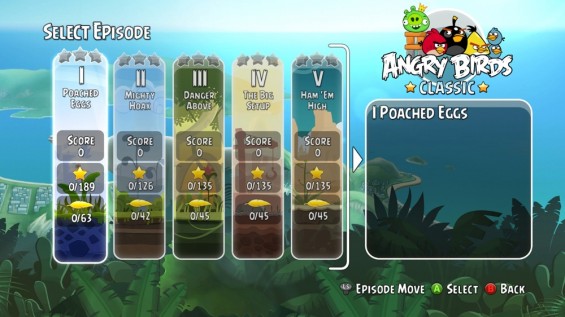 The last downside is pricing and content, Angry Birds is typically a pocket-sized mobile game that costs the equivalent of pocket change, though while there’s three games in this trilogy – Angry Birds, Angry Birds: Seasons, Angry Birds: Rio; this could have very well been a quadrilogy with the much more refreshing Angry Birds Space were included also. As for pricing. we’re not talking pocket money, we’re talking a full retail priced game, and by this account the Angry Birds Trilogy ultimately is not worth the investment – at this time.

There’s no denying that Angry Birds is addictive, and with three games and the potential to spend hundreds of hours flinging birds across your television screen, it’s still not quite enough. Perhaps if each game was released digitally at a cheaper price point it may have been more appealing, needless to say, if you’ve played Angry Birds on mobile, then there’s little new here. If you’ve heard of the phenomenon of the Angry Birds and wanted to sample it yourself, then now’s the time. Well, like, not right now – wait for a price drop, then it’s the time.