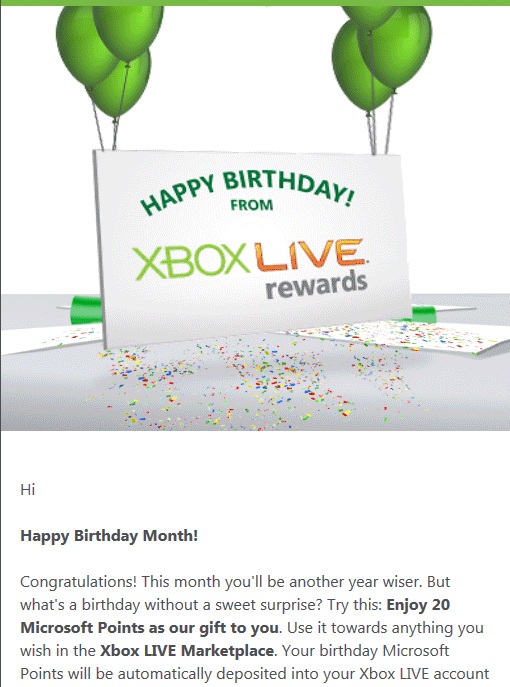 Being  a member of Xbox Live since the original Xbox and a proud member of the rewards scheme really doesn’t pay dividends if you’re hoping to amass lots of points or other gifts for your efforts and commitment. Although it has to be said that places like Tescos and Sainsbury’s don’t offer any acknowledgement for individuals special day of the year, it’s good that Microsoft does. Well, it has all your details on its system, so it’s not exactly hard to send out a pleasant email once a year. However, sometimes offering no gift at all is better than something which simply screams “cheap”.  In this case 20 MSP are offered on a birth date. Now we can imagine there’s millions of birthdays per year and so 20 points adds up to quite a lot. But on the other hand, 20 points is such a measly figure that it won’t get you very far on the Marketplace and hardly makes any sort of impact for those saving. Either way, the gesture is somewhat muted as result. It seems disrespectful to moan at something being offered for free but in this case the gesture is met with a raised eyebrow more than anything and a rebuttal which reads; Thanks, but no thanks. 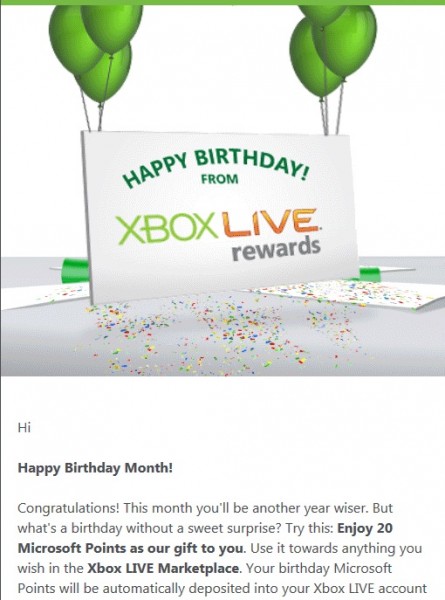