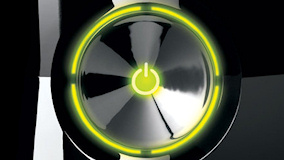 Microsoft has revealed some details pertaining to the Xbox 360 brand suggesting the games console has sold some 76 million units to date with Kinect selling 24 million which shows why it has been fruitful for Microsoft to invest in hands free gaming. Xbox Live now has some 46 million subscribers although this figure is likely to include both free and paying subscriptions.

2012 was the biggest year for entertainment and games usage on Xbox:

o    The average user now spends 87 hours a month on Xbox, a 10% YOY growth (Base:  Gold subscribers in the U.S., includes all Xbox activity)

·         The Xbox audience is broadening and becoming more engaged:

o    Since July, the Xbox LIVE community has burned 200 million calories using Xbox and Kinect for workouts and activities such as Kinect Nike+ Fitness, other workout programs and games

o    Family content consumption on Xbox Video has grown 400% year over year; “The Hunger Games”, a movie popular with young women and teenagers, broke the record for biggest opening day in Xbox history when it launched on Xbox LIVE