Developers Yukes are back again with their latest WWE offering with WWE 2K16 after so many years of being the masters of making wrestling games you would think by now the representations are pure perfection. Well, in a nutshell WWE 2K16 does a lot of things right but it’s a tough campaign for newcomers and still lacking in some areas which are a step backwards from previous games in Yukes’ development history.

There’s no real beating around the bush here as WWE 2K16 offers a comprehensive set of modes to play in, a healthy roster of superstars both from recent times and the past and a mixture of single player or localized gaming with online play thrown in as well. In terms of what’s on offer there’s a lot here with some excellent nods to WWE’s history as Stone Cold Steve Austin adorns the cover this time and has a whole section dedicated to his exploits in the 2K showcase. Here players can take part in the Rattlesnake’s greatest achievements across the star’s long and illustrious career and when spliced with real footage and recreated scenes using the game engine is pretty awesome. Players can also meander around the issue of the absence of some other notable stars by fiddling with the create a wrestler mode which ups the ante and includes Diva creations this time. There’s a solid My Career mode to battle through this time where you create a fighter and then rise up the ranks by way of fighting and talking big out of the ring which is pretty neat especially when rivalries are friendships are formed here as well. It’s a comprehensive single player mode to spend the hours in and gives rise to a plethora of matches.

WWE 2K16 captures the razzmatazz and spectacle of the main events with its stadia, audiences and correct entrance themes. There’s no denying a lot of love has obviously been poured into the game to make it feel like the real deal, and in this regard it succeeds. However, there’s some chinks in the armour when looking into the details with some character representations looking noticeably better than others. Whilst the roster is healthy some are just off looking which is a shame – especially when looking at the divas. Sadly, the inclusion of being able to create a female wrestler is muted by the fact players are barred from using these in the Career mode which is a bit of let down. 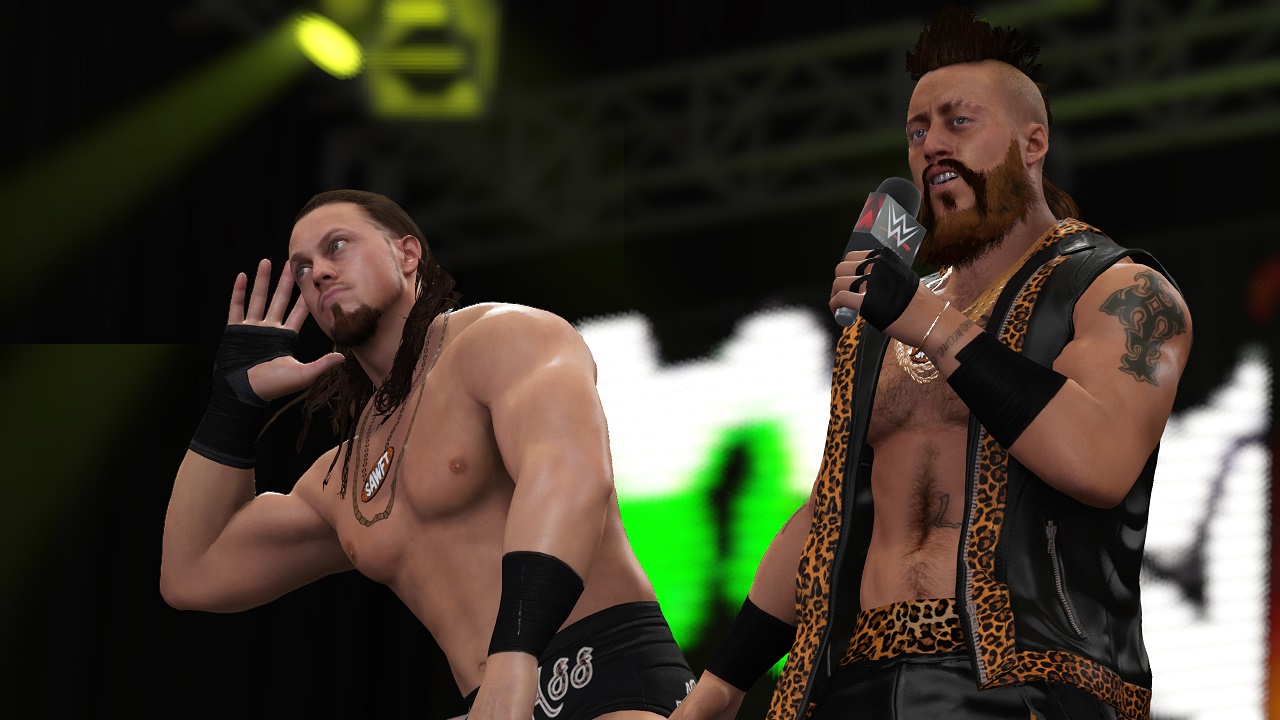 In terms of the actual fighting and WWE 2K16 opts for a more simulation of the “sport” where players have to think a bit more about their counter attacks or reversal and stamina rather than hammering away with no regard. Depending on who is fighting and what difficulty is selected means that no fight is a guaranteed win – even if you’re successfully reducing your opponent to pulp. In some instances it can take an age to get the pin where fights last in excess of 20 minutes whereas on the other side of the coin they can be over much quicker. You’ve really got to work hard in wearing down your opponent with deftly strikes, damaging grapples and if you’re crafty some weapons from beneath the apron. There’s some new elements with submissions requiring success at a mini game which isn’t easy at all and does feel like the AI cheats here, but outside of submission matches this is not too much of a problem. It’s all here and works pretty well although the pacing does feel a little slow – but always intense. The AI can also be a mixed bag and although this can be tuned in the options, sometimes it’s just pretty difficult and will be a bit too hardcore for casual newcomers. That said, the game rewards persistence and when you get it right there’s a ton of satisfaction gained from an epic battle resulting in a win. 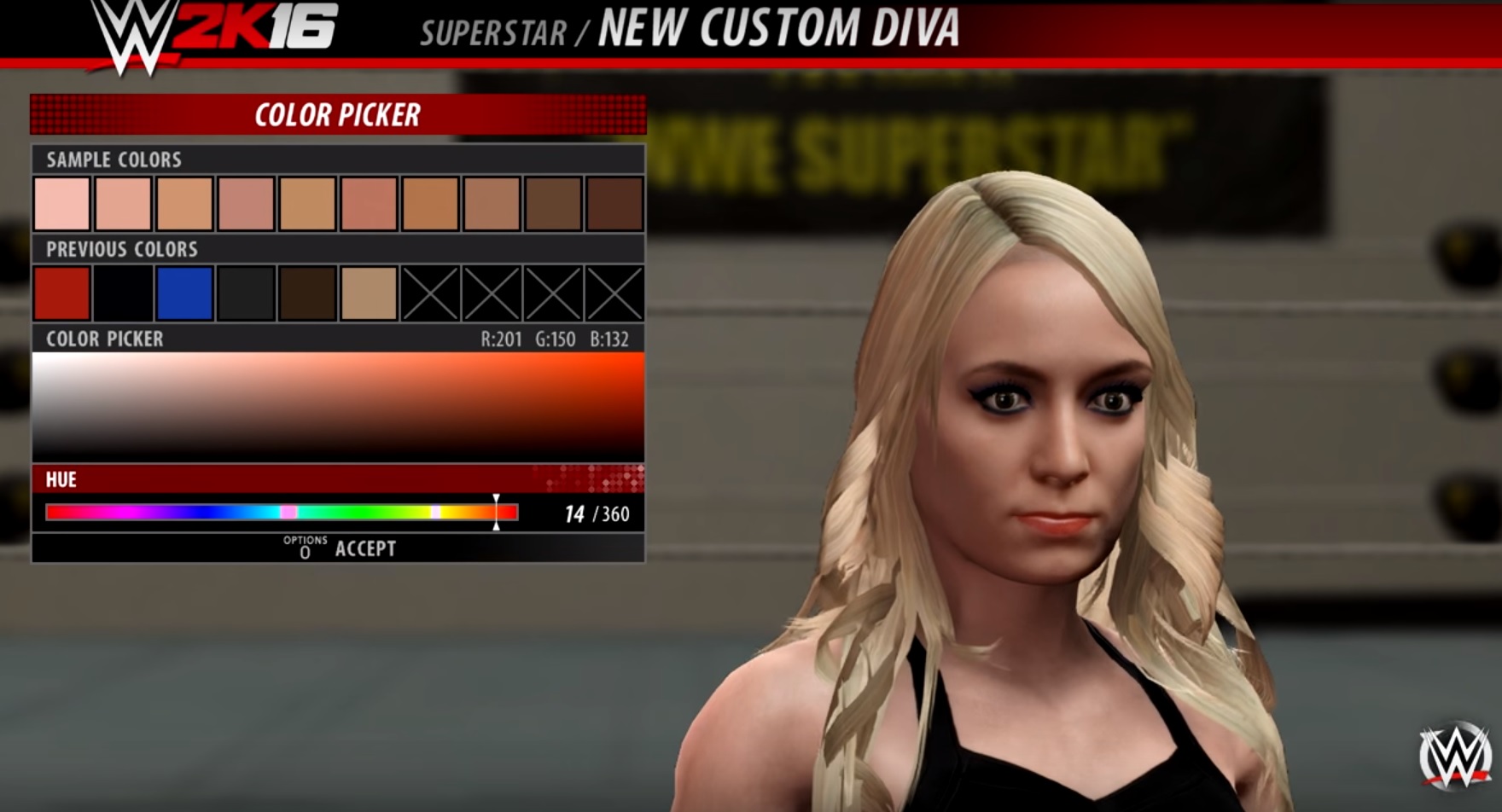 As mentioned, Yukes have captured the TV event perfectly with some great attention to detail such as bruising, a varied audience and neat lighting to name but a few elements which make the game feel authentic. There’s less bugs this time although some of the escape animations can look a bit off at times depending on when they are executed.

Audio compliments the action at all times with ramblings from classics such as Jim Ross and Jerry Lawler to name but a few additions here. It’s reasonably solid although on numerous occasions doesn’t match up with what’s happening. It’s no use talking about how X fighter is so domination when they are getting beaten to a pulp for example. There’s also quite a few repeating phrases which can begin to grate after a while. The rest of the sound is pretty neat with customizable menu music, authentic entrance themes and the choice to mute it all off if desired.

Gamers can sink many hours and weeks into 2K’s latest offering and to be frank there’s much more to do here than last year’s effort, so a big thumbs up there. Fans can create, play together online or locally and generally have fun with core experience of fighting friends until their hearts content making the game good value for money overall. 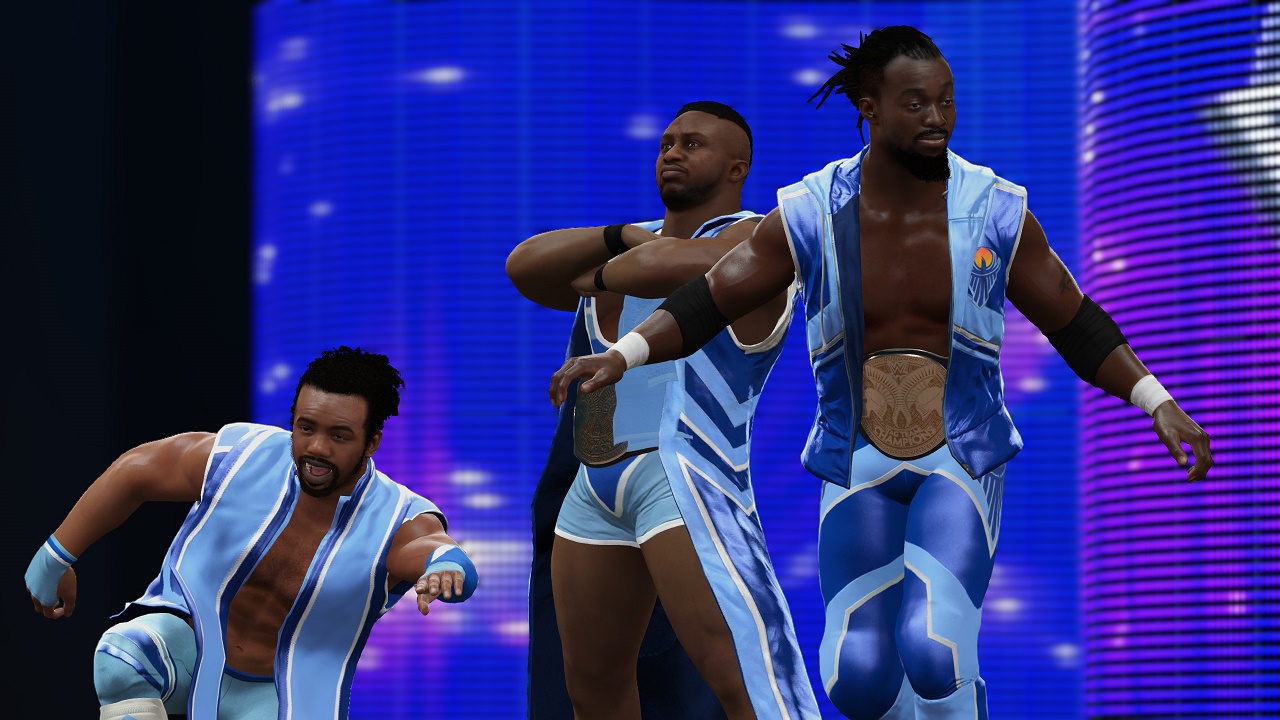 WWE 2K16 is a neat offering that still can’t reach the heights of some of the older wrestling games which seem to contain more options for players. However, despite the few niggles there are for Yukes’ latest offering it’s still a solid game albeit not very forgiving to anyone new and wanting in. There’s a bit of learning involved which can be gleaned from simply playing enough times which is not too bad considering the excellent presentation and overall recreation of the TV show or live events. If you’re a fan of the WWE and this is a first temptation then this is worth checking out, anyone else will find an unforgiving game that’s a little vague in its easing in new players and one that requires a bit of time investment. If you can endure the required learning rather than pick up and play approach then it’s likely you’ll find an entertaining and fun fighting game to play.