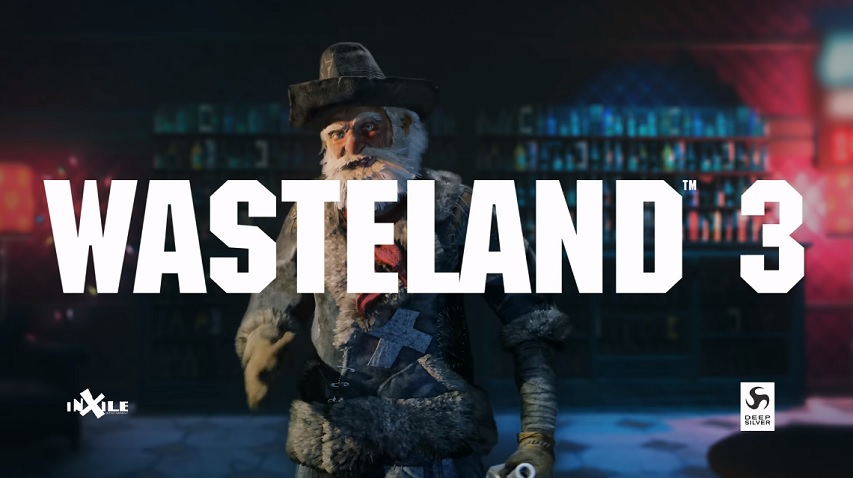 inXile Entertainment’s post apocalyptic turn-based action role-playing game Wasteland 3 arrive’s on consoles and PC. The previous game released in 2014 so there’s a bit of an itch for this new game. Is it any good though. Take a look at our Wasteland 3 review either the text or video.

Today we’re taking a look at inXile Entertainment’s Wasteland 3 which arrives on consoles and PC. It’s also a day-one launch title via Microsoft’s Xbox Game pass for Xbox One and PC. We’re playing the Steam version. Set 100 years after the nukes dropped, the survivors eke out an existence within a hostile USA filled with surviving gangs, robots, mutants and other oddities to contend with. Coming from Arizona, your characters arrive in Colorado as a surviving group of Rangers. Your squad seeks the help of an overseeing warlord of sorts called the Patriarch. You strike a deal to take care of the Patriarch’s three unruly offspring in exchange for assistance back home in Arizona. in-fact those are your orders. However, as you might expect, your team of rangers become embroiled in a game of tug-of-war amongst various factions who you either side with, or take-out of the equation. Without going into story specifics and spoiler territory, let’s just say that it’s a bit of a mess and not very clear-cut as to who is in the right or wrong. Your choices then have a wider impact or profound effect from the very start, so being mindful of this is a must.

Wasteland 3 starts as it means to go on with an opening character customization section before you kick things off. It’s pretty simplistic but does allow you to choose two starting unique characters. You can either select from a set of templates or create from scratch male or female characters. You can also choose to have a duo of the same sex if you choose.

Once the opening pleasantries complete, players get first-hand experience of the combat with the two playable characters. However, within the game’s opening hour you’ll amass a squad of up to six on your team. That’s a combination of four unique characters you either create from scratch or recruits you can select from your base-of-operations (Ranger HQ). The other two slots remain open for any companions you pick-up along the way. Thankfully, you gain two such companions in the first hour so you have a full squad to manage from the get-go.

Playing Wasteland 3 is very much a story-driven experience with plentiful interactions with various NPCs. However in-between all the banter, the combat and exploration features heavily. As you might expect, the turn-based combat works very well here and is the mainstay of the series. It doesn’t deviate from past games or similar games in the genre, so it’s pretty easy to pick-up-and-play without having to learn new systems. During exploration, players have full control to move the squad across various locations. Enter buildings and rummage through crates, lockers and such-like – however, some inhabitants might object if you fancifully attempt to just loot their homes. A vehicle becomes available at the HQ for crossing the world map into surrounding areas such as Denver and Aspen. Exploring the world map offers random encounters which you can try get an edge, or avoid completely depending on what skills your squad has. There are opportunities for loot and buying equipment from vendors of which you have a choice to play a rogue character here and attempt to steal.

Combat is very much dictated by the skills and attributes of your squad where the management of your team is paramount to success. In-fact the team management and nurturing of your characters is a massive driving-force aside from seeing conclusion of the story. Each character can have a unique set of skills where the player chooses what role they have. Options include ranged fighter with sniper rifles, up-close melee brawlers or something in the middle. How you mix-up the squad is entirely up to you, but weapon proficiency comes determined by your skills. So careful planning of which character does what is key here. That’s not to say you’re fully locked-in if you want to experiment. You can recruit more characters back at the HQ or retire ones that aren’t working out for you. It’s quite possible to have a full team of six female brawlers if you so choose. Having a team with a broad range of skills allows you to deal with most scenarios pretty effectively.

In typical RPG fashion, you level-up, assign skills, attributes , perks alongside modding weapons and armour to suit. Interestingly, each character’s armour changes their appearance as you would expect rather than just adding stats, which is a nice-touch. You’re also able to freely edit the colours and your character’s looks should you feel like a change. There’s a variety of weapons based on conventional designs as well as fantasy offerings to spice things up, giving players enough scope to keep combat interesting.

Visually, Wasteland 3 looks great and sports some fantastic visuals overall with its handy camera that zooms-in up-close for increased detail. Perhaps the far view camera could zoom out more, but that’s a minor issue. If you want a good look at your characters then you can also view them in the stats screens at any time. The camera can rotate, as well as survey the terrain although if there’s no line-of-sight then areas are shrouded in darkness. There’s some decent close-ups of NPC main characters when you converse with them for the first time showcasing decent models and animations. Players can expect some gruesome exploding body parts though at times. The snowy central American setting also comes across as quite unique for the series which makes a neat change from the desert wastes of the previous games.

Performance wise, the game runs pretty smoothly as far as we can tell maxing out the game at 4K. Some moments caused FPS dips, but generally nothing too bothersome for high-end hardware. Naturally a wealth of options exist to tailor the game to suit.

Audio stands out here where it’s impressive that most NPCs have a voice. Music is a little hit-and-miss depending on your tastes, but the overall sound is pretty awesome thanks to the variety of voice-over talent used.

Wasteland 3 is a sprawling game which boasts around 80 hours plus of content, depending on how you play. There’s also much reason to replay again thanks to moments where your team make stark choices which affect relationships and the outcome of the game world. Replaying again with different character traits is also a valid option, making the game fill the void especially when you toss in four levels of difficulty into the mix.

Wasteland 3 can be a bit of slog if you’re gunning for marathon gaming sessions with it at the helm. Combat, whilst exciting initially can fall into the traps of repetition. A little more variety could have negated some of the repeated player actions. That said, the story is compelling and the characters an interesting assortment of misfit survivors, although perhaps fitting post-apocalyptic stereotypes. It’s a fun, easy to play game overall though that should well-please fans of the series and keep players entertained for quite some time with its high replay-value. However, aside from some bugs here and there, the impressive amount of voice-work on offer, the character building is the best part of the experience where you can really nurture your ranger squad in this snowy post-apocalyptic world.