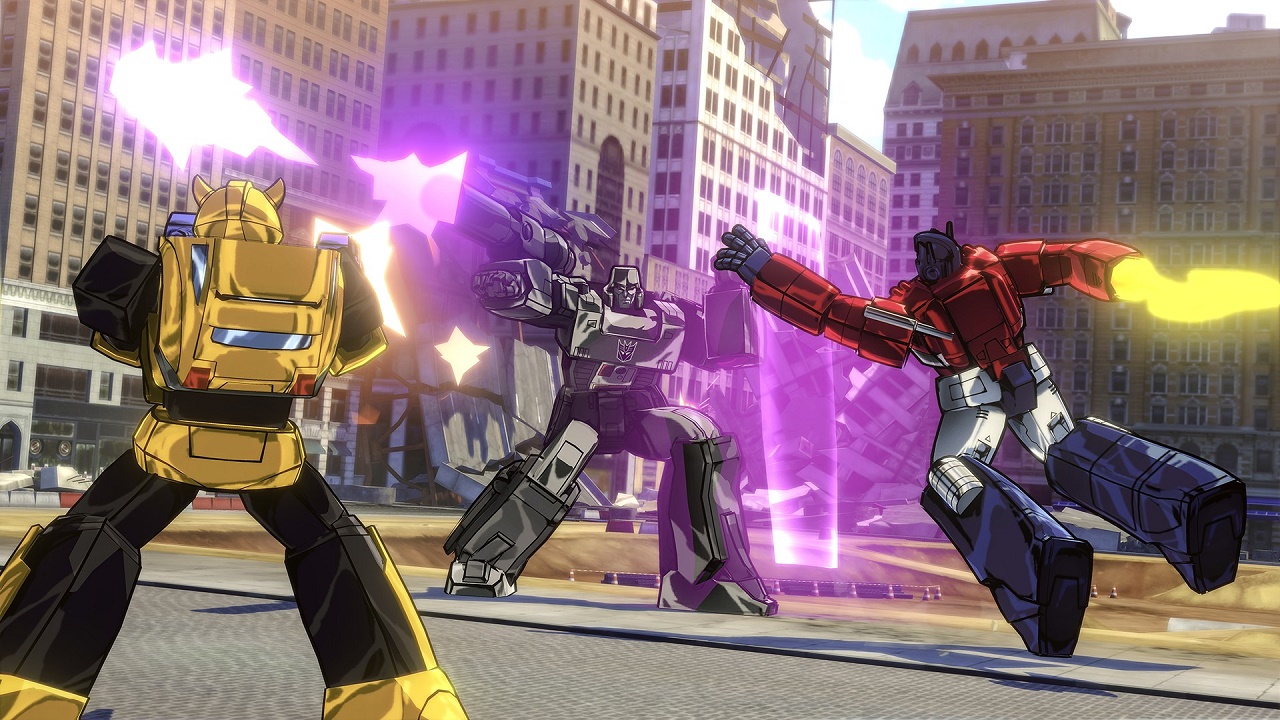 Every 80’s kid rushed home from school to watch the Transformers cartoon show and if you didn’t your childhood sucked. That is pretty harsh, but there was nothing in the world better (until the NES came out) than immersing yourself into that fantastic universe that was created in bright vivid colors, amazing voice acting, and a storyline that kept introducing new characters. Generation 1 Transformers were placed on a pedestal for all other reiterations to emulate and that is why the buzz around Platinum Games G1 Transformers game was huge! There were both positive and negative views floating about since E3 and honestly most people weren’t expecting a smash hit from Transformers Devastation since it seemed to be so rushed to the public eye. Is this the G1 game that Transformer fans have been waiting for decades, or is it just another way to cash-in on a popular license? 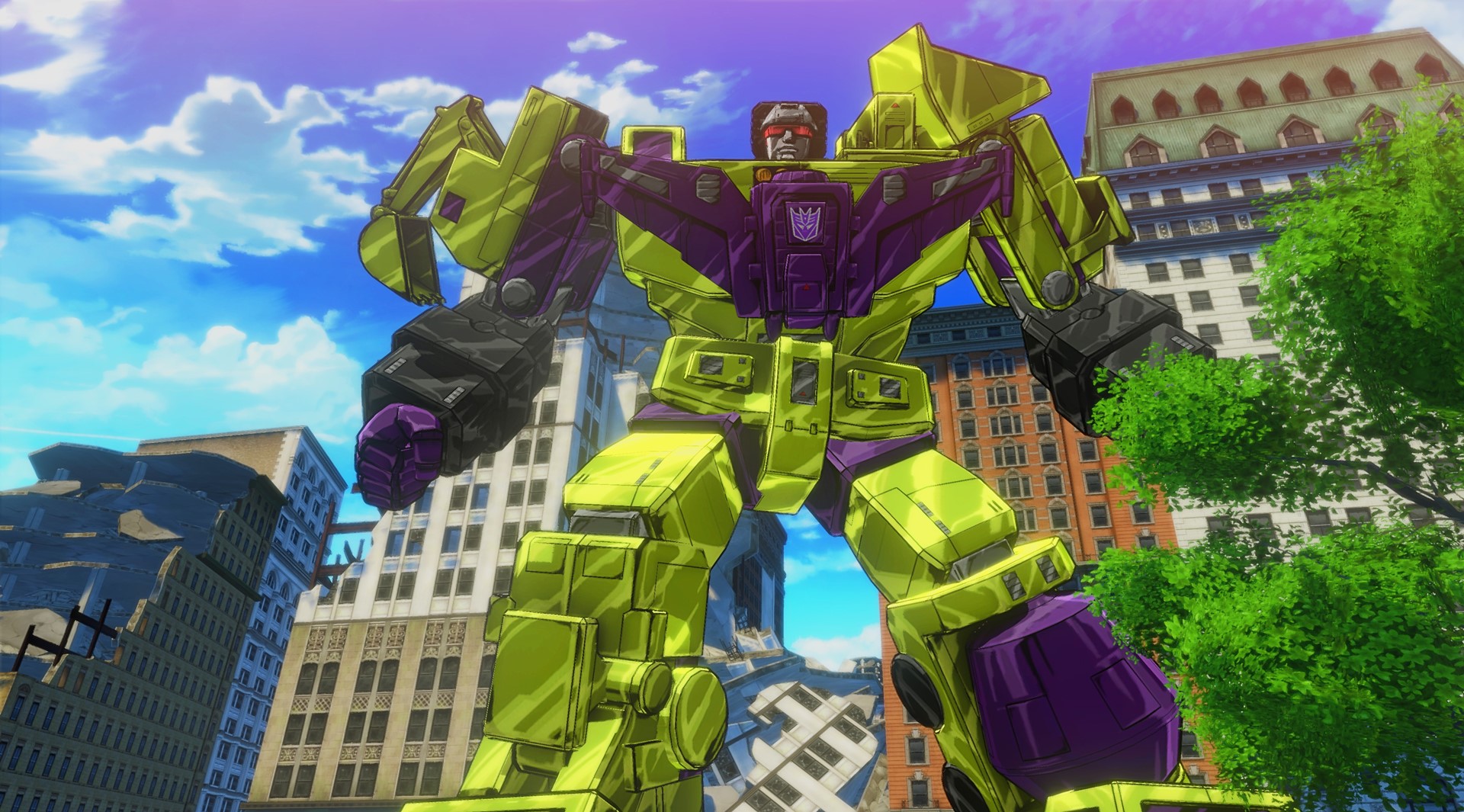 From the start screen to the first time you’re oriented to the controls you’ll notice the cell shaded graphics that teleport you back into the original television series. The smooth textures render each character to perfection as you’re thrown into the old school storyline where Megatron is trying to commandeer a power source to take over Earth. Everything about Transformers Devastation is true to the generation 1 show down to some of the original series voice actors providing the character voices. Those unfamiliar with the early cartoon series may be a little lost in some of the lore, but will work their way through it as they are introduced to new Autobots and Decepticons alike. It would have been nice if there were a few more playable characters in a game that costs $49.99 USD, but the nostalgia of those you do get to play and fight against make it a bearable annoyance. Add in some amazing boss fights and that price tag doesn’t really matter that much if you’re a true transformer fan. 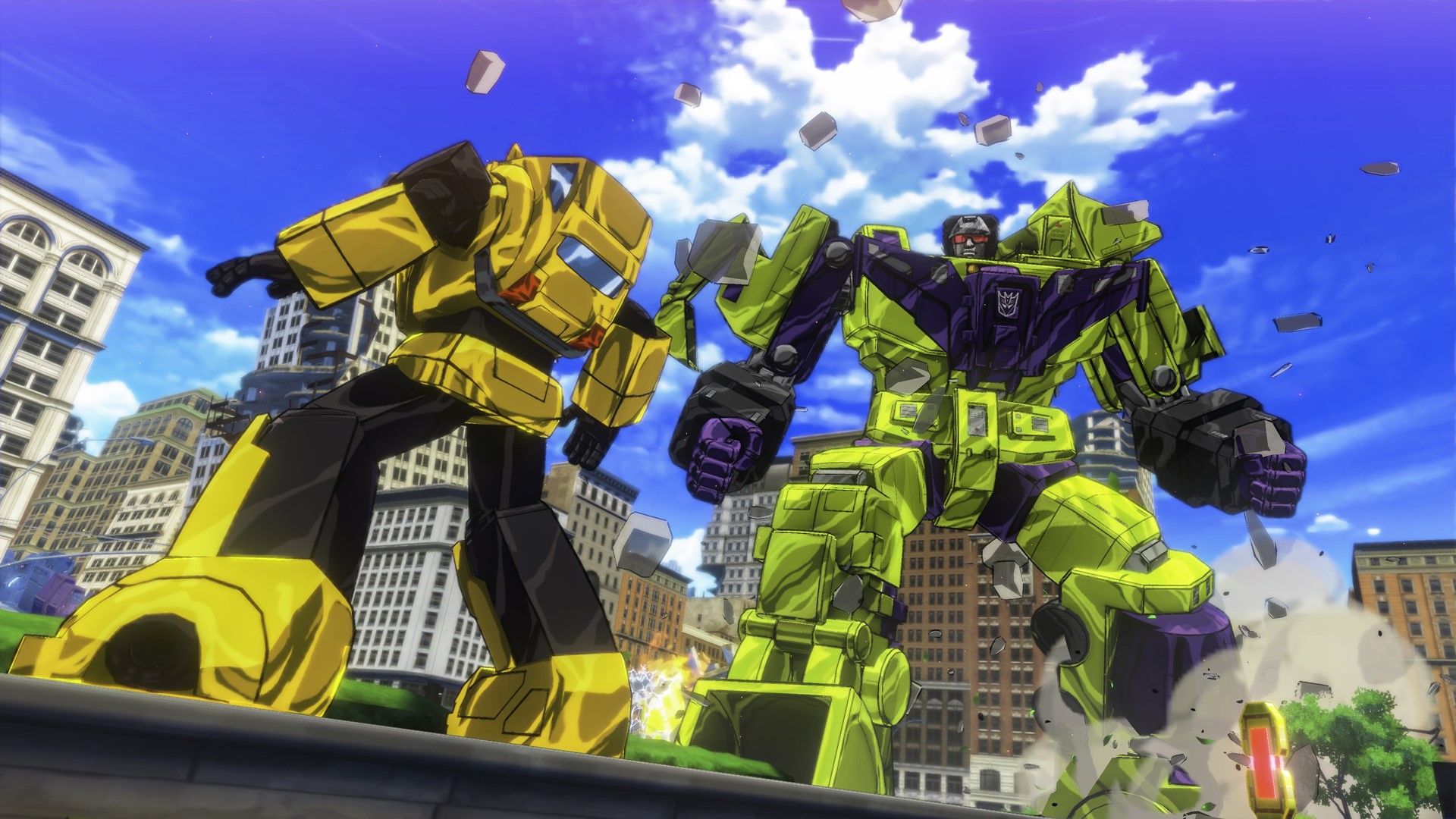 Platinum Games is known for their smooth action, hack and slash style games that incorporate combos and counters. There couldn’t be a better fit for the Transformers franchise as you use the strengths of each character to smash through the Decepticon forces to foil Megatron’s plan to turn earth into metal. Combat is silky smooth and effortless as you slide into a 4-hit combo followed up by transforming into vehicle form to finish up the permutation with a massive hit. This is both visually and mentally gratifying as you unleash some wicked moves during the offensive. Counters and dodging trigger a slow motion moment that gives you free rein to start up a combo or let loose a charged blow against a stunned enemy. Players can also transform into a vehicle any time they choose to get out of tight situation or to speed into combat to hit a foe with the full force of impact as you shift back into a robot. Autobots are also equipped with ranged weapons to take on enemies from a distance or ones hiding on top of rooftops taking pot shots at you. 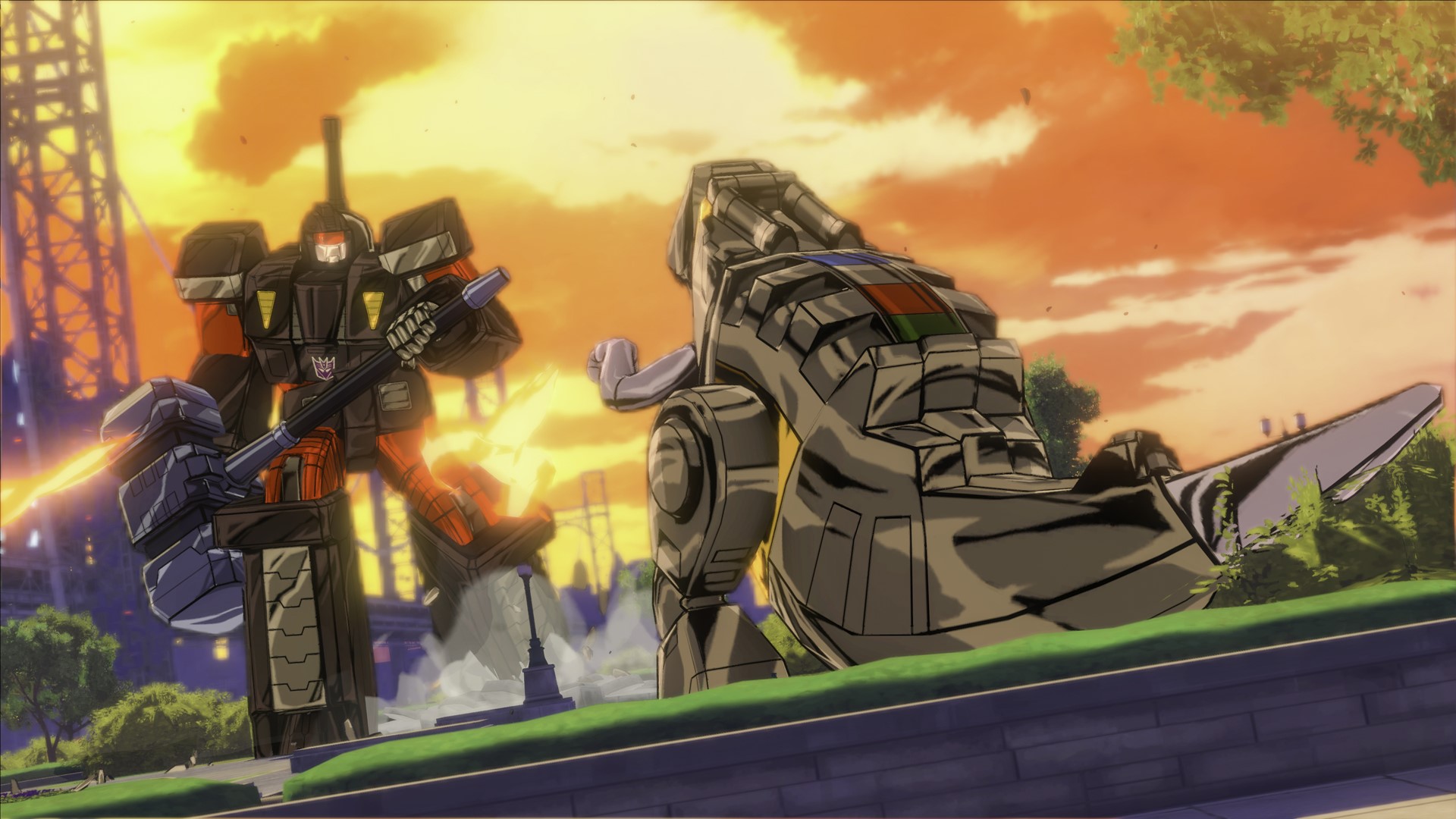 Devastation also attempts to use an RPG element to upgrade melee and ranged weapons to keep your characters equal in the fight against stronger decepticons. While this sounds great it is actually more of a tedious task as you sort through numerous weapon pick-ups gathered throughout gameplay and try to synthesize other weapons to make them stronger. The whole system could have used a little more polish to streamline just about everything so you can get back to the action rather than spending too much time in the Arc tinkering with upgrades. One thing that was rather enjoyable were the upgrade chips players can craft through a little timing mini-game to boost certain in-game stats. 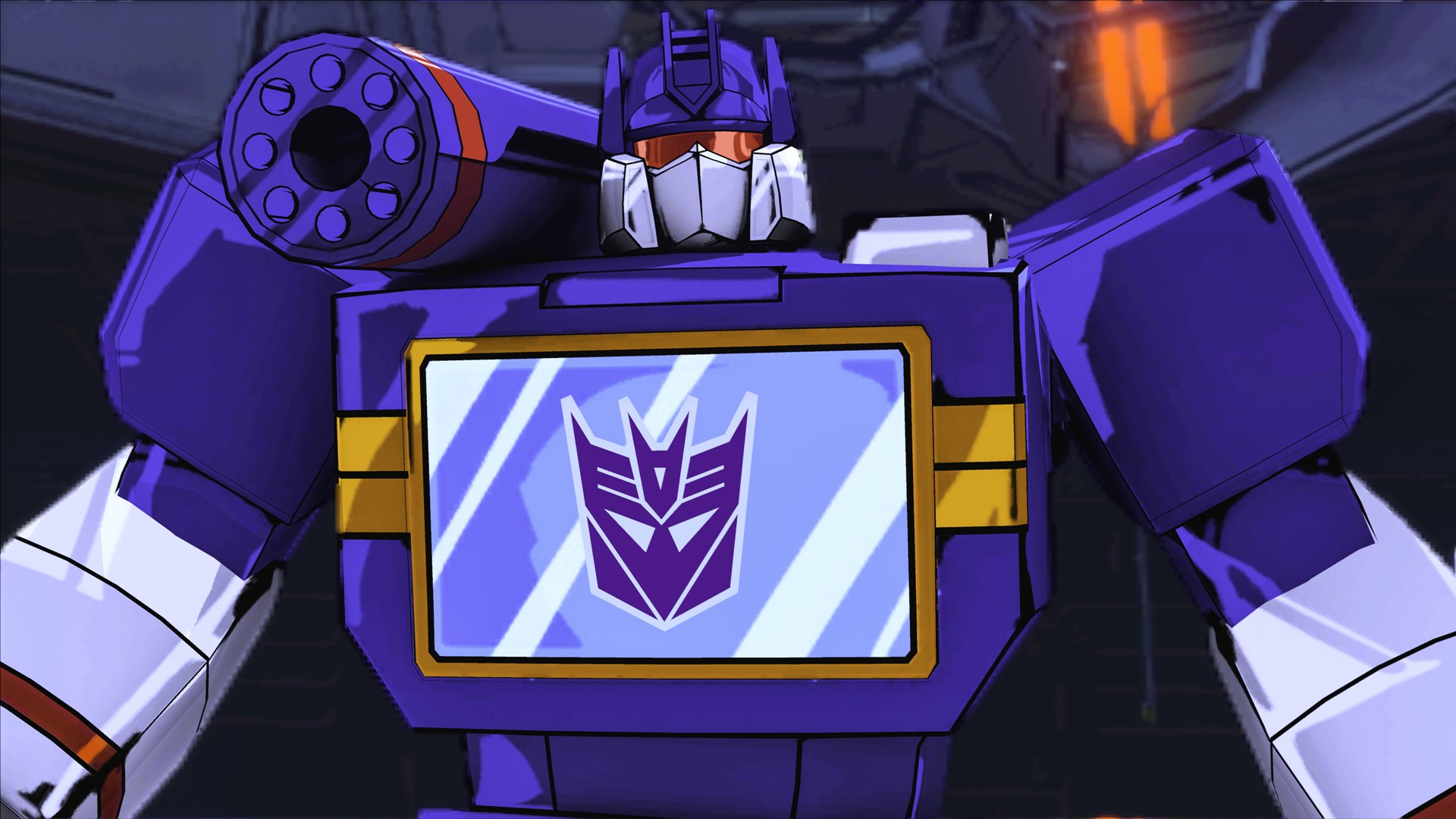 The main storyline only takes 6-8 hours depending on the difficulty level you’ve chosen and your combat proficiency. While that length is rather skimpy, fans will likely overlook it due to reminiscing about yesterday and steeping in the glory of G1. Aside from the main story there are numerous challenges that push you to complete in the fastest time possible while racking up huge combos. 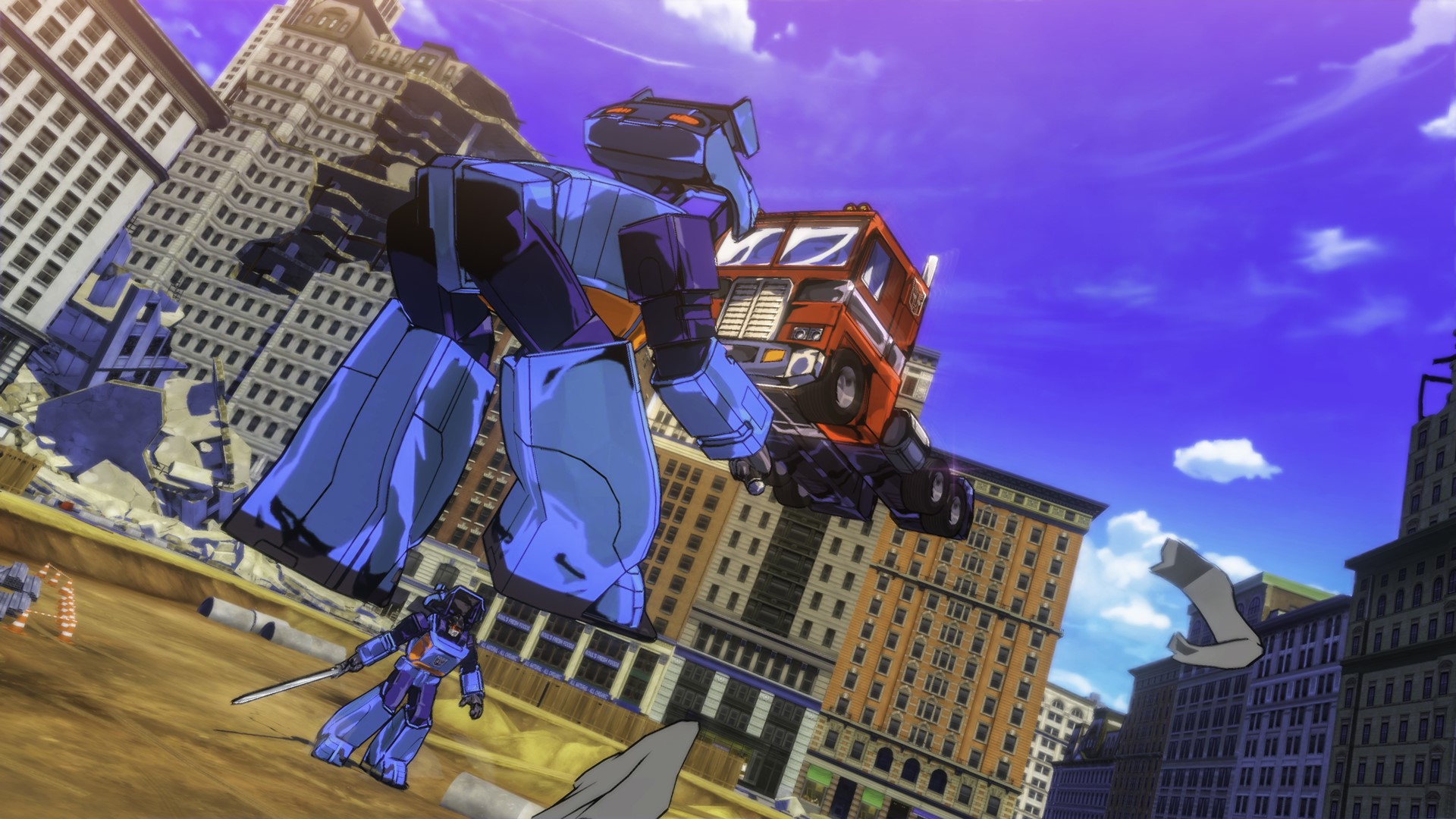 Overall Transformers Devastation is lacking in content, but makes up for it with its engaging design and pure G1 presentation. Combat is visceral and satisfying as you make your way through a story that is nothing short of an uncorrupted Saturday morning cartoon of yesteryear. Visuals and audio are perfect in every way for each of the characters and will actually make you want to try out the same level with multiple characters just for the wholesome fun of taking out the bad guys and challenging boss battles. The price tag may seem steep, but any fan will bask in the glory of Platinum Games’ rendition of Transformers.