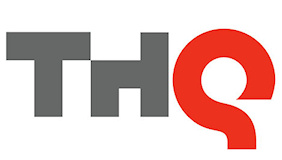 THQ has sold its assets to various publishers having had a rough time of it and ceasing to exist. The company has had several great studios under its wings such as Volition who developed the Saints Row series and more recently Vigil Games who developed Darksiders II. So what happens to these studios? Well, they have mostly been snapped up by other publishers in a massive multi million dollar exchange – here are the changes.

Volition: Purchased by Koch Media – also purchased the rights to the Metro franchise

Crytek – purchased the Homefront franchise which seems like a good move considering their success with the Crysis series.

Turtle Rock’s in development game Evolve was snapped up by 2K Games (Take 2).

South Park: The Stick of Truth heads on over to Ubisoft

Vigil Games and Darksiders franchise is still up in the air and at this time there is no news on any buyer. With Darksiders II selling just over 1.2 million thus far, it’s not clear on the fate of this cool franchise.