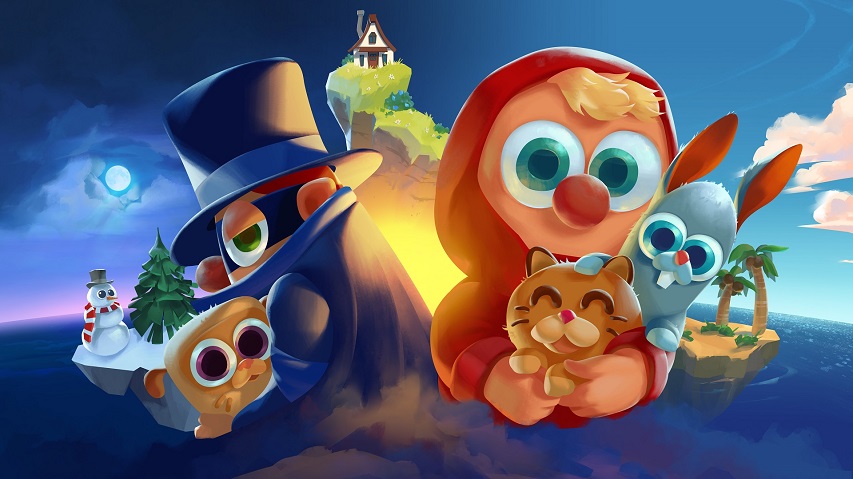 Fast Travel Games presents The Curious Tale of The Stolen Pets coming to VR headsets in 2019. We played the game during our visit to Gamescom this year and found and interesting puzzle game for VR newcomers and younger players.

The game places you as a giant character who controls a miniature interactive world or level. With guidance from the voice of your grandfather, players can push, pull, poke and grab various items in the world. The whole level rotates on its axis which allows for a full-view. Objectives vary and include finding hidden coins, lost pets obviously and numerous puzzles to uncover them. For example, heating a kettle using a candle to produce enough hot water for a cup of tea unlocked one of the pets. Even by our standards, some of the puzzle are staring you in the face but not completely obvious. The idea here is to experiment as much as possible and not feel constrained by any time limits or penalties.

As mentioned, this is another neat game for those new to VR or younger gamers. No motion sickness due to the position of the player and certainly easy to use controllers to interact. It’s a fun game as well somewhat different to all the zombie shooters, horror and adventure puzzle story based VR games. Take a look at our Gamescom 2019 gameplay for a better idea of what to expect.