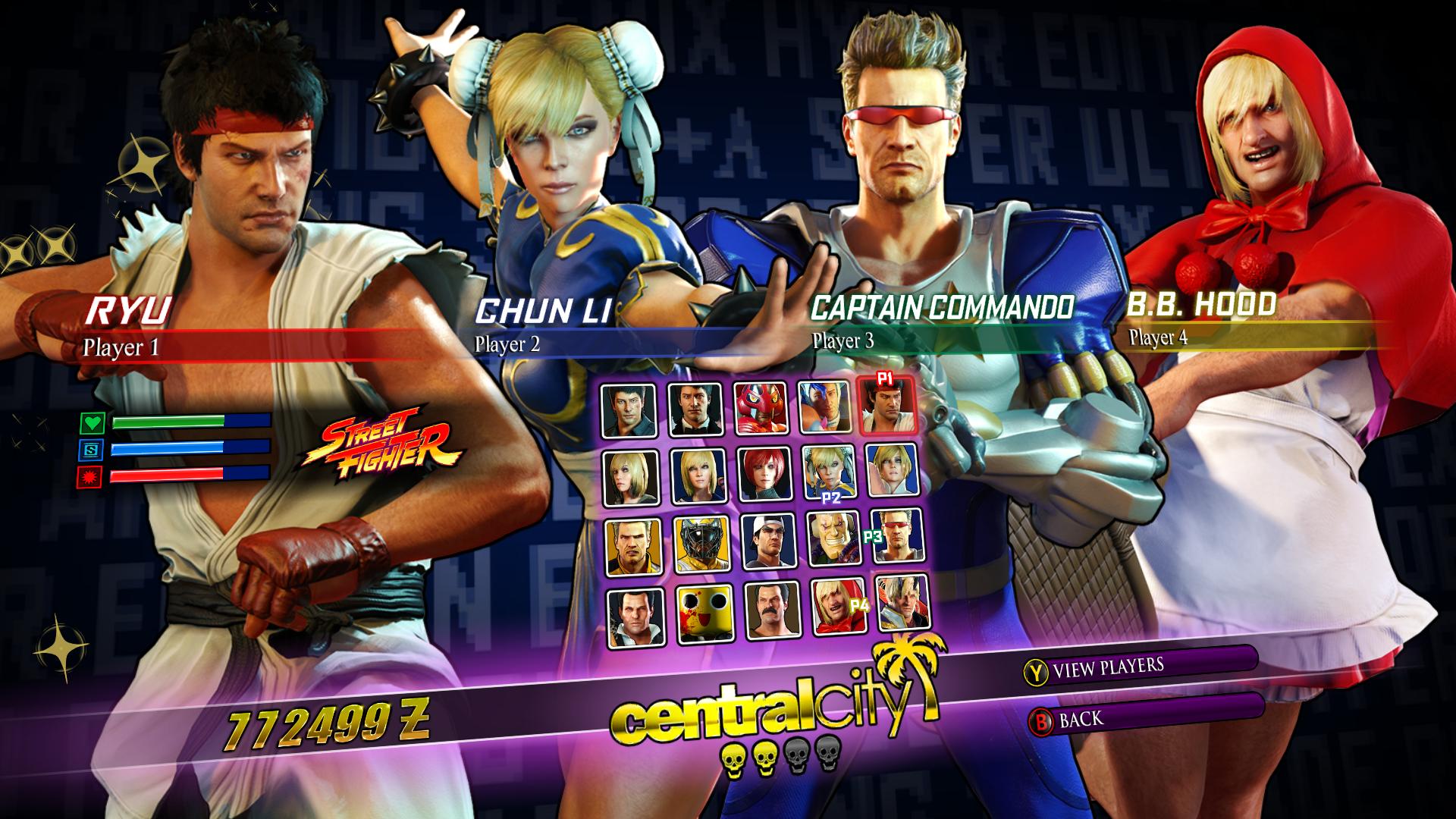 Super Ultra Dead Rising 3′ Arcade Remix Hyper Edition EX + α is available now as an add-on for Dead Rising 3 on Xbox One. Long winded and totally tongue in cheek names aside, the game offers some multiplayer madness complete with funky costumes and more zombies. Is it worth the punt considering its absence from the Season Pass? Take a look at our video review for the full picture.

Capcom’s Xbox One exclusive Dead Rising 3 (also soon to hit PC) has seen a slew of content since its release, all of which has also been tied to the game’s Season Pass, and all of which has been rather disappointing too. This latest, hilarious, and ridiculously named add-on – wait for it… SUPER ULTRA DEAD RISING 3′ ARCADE REMIX HYPER EDITION EX + ALPHA.

Yeah, that’s it – it’s yet another add-on, only this one’s not part of the Season Pass – though it is well worth sinking your teeth into.

Unlike the previous game, Dead Rising 3 lacks a competitive multiplayer mode – the Arcade Remix add-on looks to alleviate this and pays homage to Capcom’s past, with very tongue-in cheek antics that are rather reminiscent to Terror is Reality, which was the Gladiators style multiplayer mode featured in Dead Rising 2.The Arcade Remix has four Dead Rising characters to choose from – Nick Ramos, Frank West, Annie and Chuck Greene – but it’s really much more than that, as they all like to play dress-up. There’s several unlock requirements to meet to gain all 20 costumes, but they’re more than just mere costumes; each costume – or rather character – has their own unique abilities and finishers. Sadly, the unique costumes are not available in Nick’s wardrobe in Dead Rising 3, which clearly could have been a nice perk for the main game.

The gameplay is much more forgiving – in the unlikely event that you are killed you can buy back in and pick up immediately where you left off. There’s also been some tweaks to the combat that makes the Arcade Remix more brawler friendly. There’s a combination of basic attacks and a mighty Super finisher that you can bulild-up, Street Figther inspired, and dispose of large groups of the undead with one deadly finisher. Several of the costumes come with guns as standard, and those that do have unlimited ammo – which may be the main culprit as to why the Arcade Remix offers up very little challenge.There are four familiar districts to compete on, each with 5 rounds, and additional bonus rounds. Besting rounds and collecting coins gets you Zenny, which is the game’s currency that’s used for buying the unlocked costumes. There are some additional requirements to unlock them, such as X amount of kills, receiving an S rank or finding a classic Arcade machine in the district.

Arcade Remix is relatively short, it’s beatable in just a couple of hours. It can be played solo which will offer up a bit more of a challenge, or with a total of 4-players. Each round is typically time-limited, so with communication players can go their separate ways to meet objectives with greater ease – for example, spreading out across the map to rescue civilians, acquire targeted vehicles, and encountering the occasional boss together.DR3 Arcade Remix is simply a nostalgia trip, featuring iconic Capcom characters and memorable events, from classic 2D side-scrolling, to pummelling the odd car – just because Ryu still hates that damn car.It’s a relatively short and basic offering at its core, but it’s really the costumes unique abilities and the short time invested to unlock them, and thus replaying again to experiment with these abilities that ultimately makes the Arcade Remix so enjoyable, that, and killing zombies with other players is naturally just entertaining.

This extra premium add-on compliments and makes for a more complete Dead Rising 3 package, as well as boasting additional Achievements. However, its extra fee will likely be to the dismay of completionists and leave Season Pass holders foaming at the mouth, as it’s the only real decent add-on Dead Rising 3 has received, yet it’s not part of the Season Pass.As such, the Arcade Remix may have faired better as a standalone game, rather like Far Cry 3’s nostalgic Blood Dragon. The Arcade Remix may very well be a hard-sell for many, which would also explain the lengthy waiting times for a full 4-player co-op session.The lacking value of Dead Rising 3’s Season Pass aside – the Arcade Remix is most of all entertaining, and thus well worth the additional small fee if you’re chomping at the bite for a more wacky, multiplayer-focused slice of Dead Rising 3.