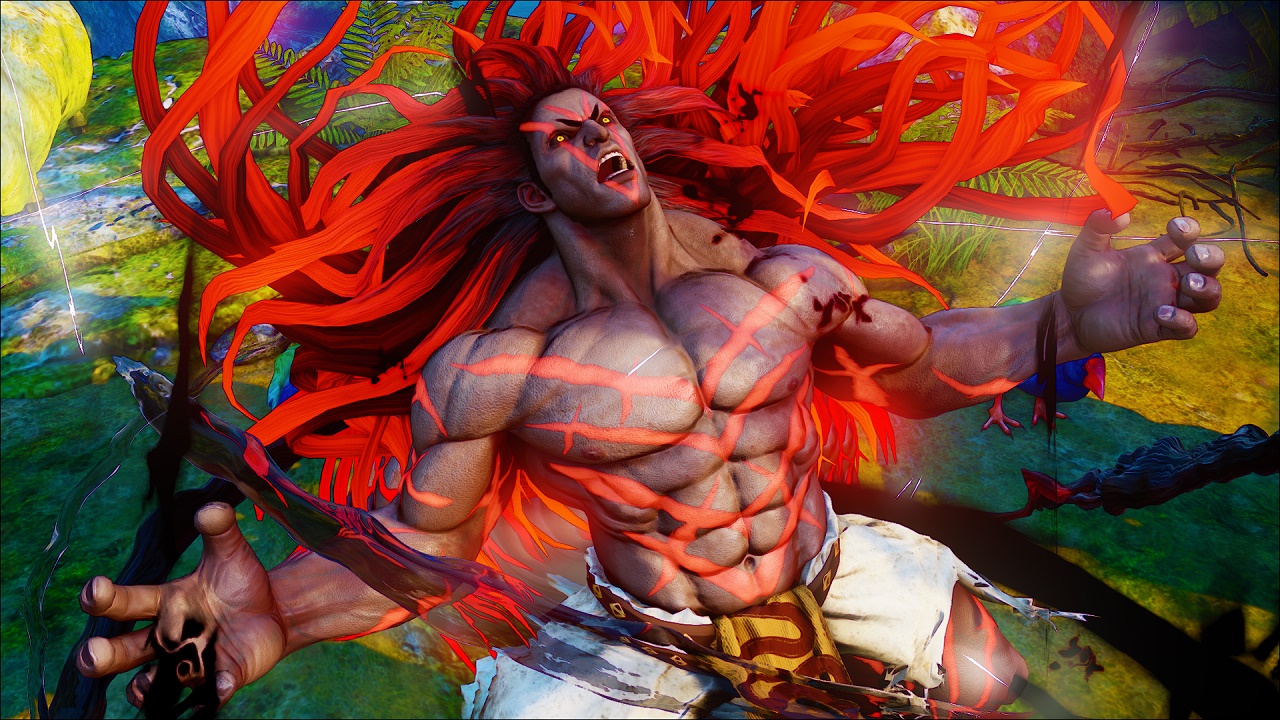 Capcom released a new Street Fighter V trailer which shows off the rather cool looking new character Necalli who changes his appearance during fights for even more devastating attack moves.

Possessing a wide variety of savage and close range attacks, all of Necalli’s moves have been forged through the heat of battle to ensure he’s inflicting maximum pain upon his opponents. Making full use of the Battle System mechanics, Necalli’s V-Skill allows him to pound the ground with both fists, creating an explosion that damages the enemy whereas the powerful V-Trigger allows him to channel a mysterious energy that changes his hair colour and alters his personality for a short period of time. Capcom will be revealing more information on Necalli’s origin and storyline in the coming months so stay tuned for more details.